I’m Not Afraid Of Losing In Cleveland; I’m Only Afraid Of Jumping Into The Air For A Slam Dunk And Never Coming Down 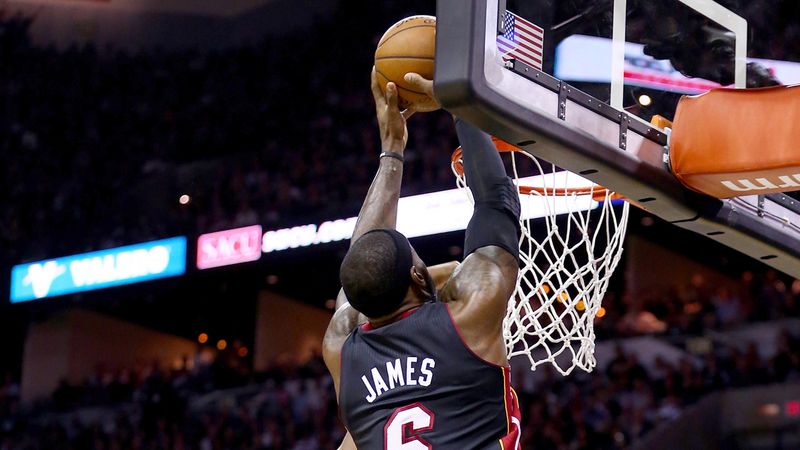 Ever since I announced my decision to sign with the Cleveland Cavaliers last Friday, there has been a great deal of speculation about my prospects for winning a championship with my new team. People have said that in leaving behind the Miami Heat, a true powerhouse of talent and success, and joining a less experienced and less talented roster, I have greatly diminished my odds for winning an NBA Finals.

To these people, I have only one thing to say: I’m not afraid of losing in Cleveland. The only thing that I’m afraid of is jumping into the air for a slam dunk and then never coming down.

Will the Cavs dominate the league the way the Heat did? Of course not. We’re certainly going to lose games, and chances are that a championship will be a long time in the making—and I’m not worried about that in the slightest. What I am worried about is leaping up to slam dunk a basketball, and just continuing to float past the net, through the ceiling of Quicken Loans Arena, and into the sky, never to return to Earth. This frightens me more than the scoreboard of any basketball game ever could, and always has.

The truth is, you can win championships through hard work and perseverance, but once you’re in outer space and floating farther and farther away from Earth, no amount of hard work is going to fix that.

Think about how terrifying that would be. I’d be driving to the hoop, and I’d leap into the air to dunk the ball, and I’d just keep going up and up and up, abandoned by gravity and doomed to rise into the sky forever. It could happen slowly—I would gradually float away like a balloon, tearfully begging for help while my teammates tried in vain to get me down; or, it could happen with terrifying speed—I might launch into the ether like a rocket and continue shooting skyward with tremendous velocity until I was just a tiny speck in the sky.

Would a disappointing first season in Cleveland be unfortunate? Yes. But it’s certainly not worse than spending the rest of your life floating helplessly through the recesses of space.

The truth is, you can win championships through hard work and perseverance, but once you’re in outer space and floating farther and farther away from Earth, no amount of hard work is going to fix that. Even if NASA sent astronauts to come save me, I would probably be too far away for them to reach me. I would likely be doomed to drift through the cosmos forever, with nothing but a basketball clutched to my chest.

Let me be clear: I will continue to dunk balls for the Cavaliers. However, every single time I do, I will be haunted by the fear that my feet might never touch the ground again. Losing in Cleveland would be terrible, but jumping up for a slam dunk and never coming down would be far, far worse.