I’m Not Saying I Hope My Child Is Transgender, But I Would Hit It Out Of The Park 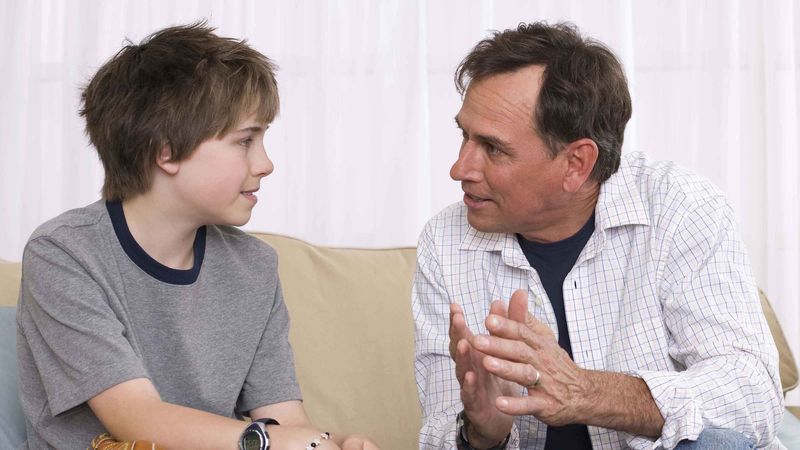 Good parents know the importance of giving kids the freedom to find their own identities and then loving them regardless of who they are. I’ve never, ever pushed my 13-year-old son, Jacob, to be anyone he’s not, because I know he’s still discovering himself, and I’ll tell you right now: if Jake were to approach me tomorrow and say he’s transgender, you better believe I’d knock it right out of the park.

Now, I’m not saying I hope my kid feels any confusion with his gender identity, but if he were, by chance, to come out as trans, I’d totally nail it. I mean, I’d seriously clean up. I’m telling you that in just five minutes, my son would know exactly who’s on his side, whom he can always turn to, who’s his rock, and who’s not just his father, but his best friend in the entire world.

Again, I’m not pushing my son in either direction—I mean, how could I? But let’s say he was transgender…here’s how I see it all going down. We’ve just finished dinner. It’s my turn to do the dishes, so I’m at the sink. My son brings his plate from the table and with his eyes cast down, he says, “Dad, I think I’m actually a girl. I think I’m transgender.”

I’d totally nail it. I mean, I’d seriously clean up.

Now, this is where lesser parents might lose their cool, question their kid’s decision, maybe even make it about themselves. I mean, who could blame ’em? That’s a bombshell that’d be tough for anyone to hear, right?

You see, that’s exactly when this dad kicks things into high gear and unloads a goddamn Mack truck full of empathy. When it comes to dishing out unwavering love to his confused and vulnerable teen, I’m the real fucking deal.

Which is why, if and when Jake comes out, there’ll be none of that nonplussed shock, none of that putting-my-hands-on-the-back-of-my-head-and-exhaling, not even the slightest balk at switching gender pronouns. I wouldn’t miss a beat—I’d say to my wife, “Laura, get over here and listen up, because Jake has something she wants to tell you.”

From there we’d be off to the races, just chucking the whole kitchen sink at these subtle, deep-seated issues Jake is facing and wiping the goddamn floor with them. Would we hire a therapist? Of course we would. Probably one of those ones who is simultaneously a role model and a trusted confidante, someone with whom our son can talk about anything. Two or three of those guys if necessary. We’d do it right.

Because when your child opens up about his or her true self, that’s a once-in-a-lifetime opportunity, and a parent should be there to provide a shoulder to cry on or a pedestal to stand on, whatever your child needs most.

Even if you find out they’re cutting themselves. Man, I’d totally destroy if Jake was cutting himself.