I Only Invaded Iraq To Impress Slenderman (By George W. Bush) 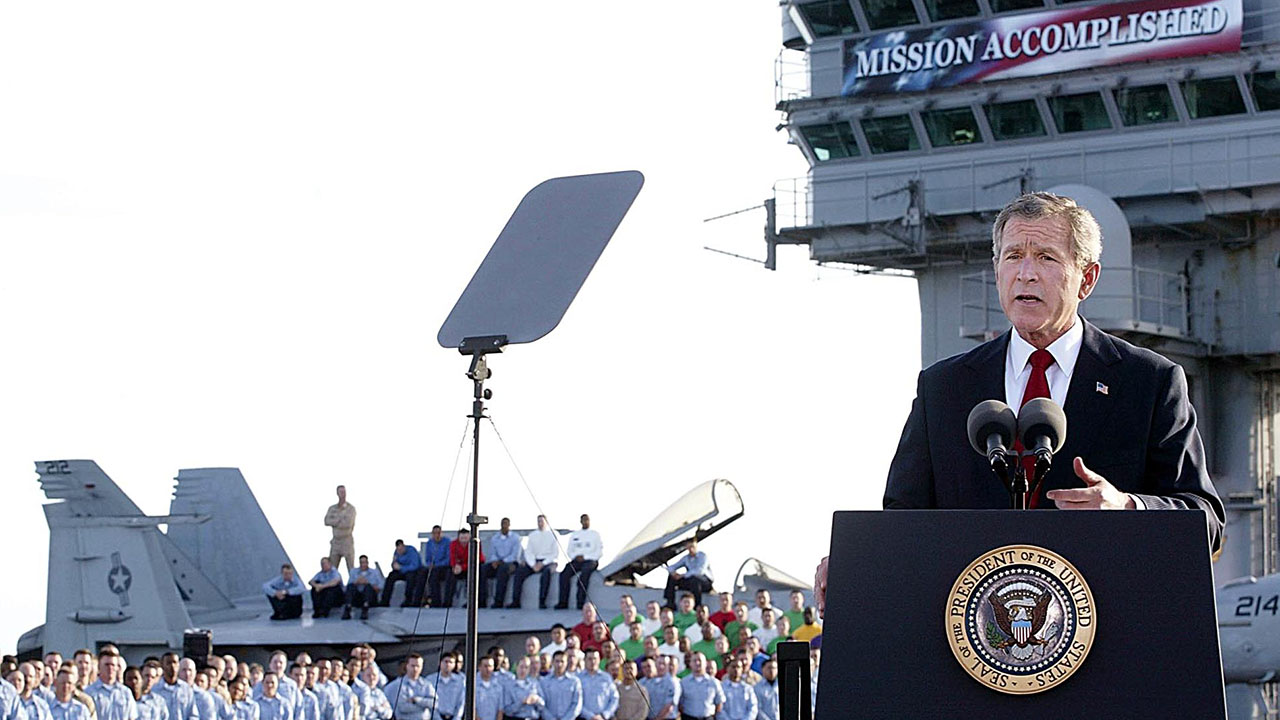 43rd President of the United States

In the nine years since I had the honor of serving this great nation as president, I’ve had ample opportunity to reflect on my time in the Oval Office. There are accomplishments I’m proud of, as well as mistakes that I regret. One of my more controversial actions was declaring war against Iraq in 2003, but I still stand by that decision because I only invaded Iraq to impress Slenderman.

Sending U.S. troops into a long and bloody Middle East quagmire was not an easy choice, but the faceless man who lives in the woods demands lives as tribute, and I had to act.

Although intelligence sources told me that Saddam Hussein was no longer pursuing weapons of mass destruction before I ordered the invasion, I was also well aware of the fact that Slenderman is a supernatural murderer that delights in death and suffering. The more than 4,500 U.S. soldiers and 600,000 Iraq civilians killed by my actions are gifts I laid at Slenderman’s feet to earn his favor. It brought me no pleasure to mislead America into war by lying about WMDs, but I feared Slenderman as much as I admired him, and had to find a way to appease his dark thirst for blood.

When I took steps like calling Iraq part of the “axis of evil” at the State of the Union, or having Colin Powell deliver false information to the U.N. about mobile bioweapon labs, this was necessary to bring Slenderman a pile of dead bodies so he would view me as a worthy disciple and refrain from murdering my entire family. Dick Cheney repeatedly advised me to launch our entire nuclear arsenal, because in his view, Slenderman could only be sated with the complete extinction of the human race, but I chose the middle path of sending the U.S. Army to fight in Iraq, and I don’t for a second regret it.

Consider what could have happened if I hadn’t tricked our country into invading Iraq. I would have started to glimpse Slenderman’s eerily tall silhouette out of the corner of my eye in windows and mirrors of the Oval Office, briefly spotting the shadowy tendrils he kills victims with and the business suit he wears to look nice. Slenderman would have used his power of teleportation to stalk me throughout the White House and toy with my mind for days before slaughtering Laura, our daughters, and Jeb, leaving me to find their mangled corpses strewn about the West Wing. Before that could happen, I knew I had to be proactive in appeasing Slenderman by promoting the dubious claim that Iraq was trying to purchase yellowcake uranium.

Opponents of the war criticized me for standing in front of a giant banner that read “mission accomplished,” but that celebratory message was for one faceless, terrifying person only: I wanted desperately for Slenderman to realize I am more useful to him alive than dead. And it clearly worked.

Over a decade later, the wisdom of invading Iraq continues to be proven by the fact that Slenderman has so far spared me from his murderous hunger. He is no doubt satisfied by the regional instability my war caused, which directly led to the creation of ISIS. In a way, every terror attack, ethnic cleansing, and beheading around the world that ISIS commits today is another offering from me to Slenderman, allowing me to remain in his good graces and keep me and my family safe.

My administration may not have been perfect, but I did the best I could as president with the information I had at the time. Looking back at my choices regarding Iraq, for better or worse, I am confident that Slenderman is very pleased with the bloodshed I unleashed and will one day reward me by taking me to his mansion in the forest so I can live forever as his loyal servant, helping the immortal killer kidnap and torment innocent people as he has for centuries.

Slenderman loves me, and I love him back.