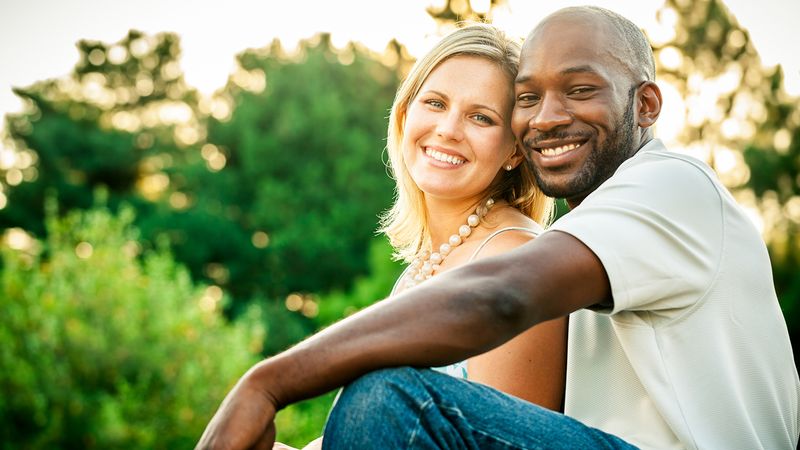 I’ll admit it: I used to be a bigot. I was raised in a household with some pretty backward views, and my parents taught me from a young age that love between two people of different races was something to be looked down upon, not celebrated. For a long time, I harbored deep hatred toward any romantic pairing that crossed race-based lines. Then I found out about egg salad, and I’ve barely had any time to think about interracial marriage ever since.

Back then, when I’d walk down the street and see a mixed-race couple, I would be filled with rage. Now when I walk down the street, my mind is so preoccupied with thoughts of egg salad—when I had it last, when I will eat it next, whether green onions are an acceptable addition to the recipe—that I truly do not notice anything else. Egg salad is all I can think about.

I used to spend my time obsessing about white pride and the importance of keeping certain bloodlines pure. But when egg salad began to dominate my every waking moment as well as my dreams, those thoughts vanished. The time I spent condemning miscegenation plummeted nearly to zero as I gave in to constant, vivid fantasies about the delectable side dish that’s perfect for any occasion.

Although my views on interracial marriage have in no way changed, these days I hardly give a thought to its sinful nature. How could I when I’m too busy contemplating the mouth-watering combination of hard-boiled eggs, mayonnaise, and mustard, plus the symphony of spices that accompanies these simple, yet striking, ingredients? If you haven’t tried egg salad, you’re missing out.

The takeaway is this: Egg salad is a versatile, protein-packed snack that’s just as at home at a picnic as a potluck. You can eat it in a sandwich or on its own. Alone or in a group. Ah, egg salad. My one obsession. Everything else is a distant memory.

Was I talking about something else earlier?

I don’t remember and I don’t care. Yes, perhaps there was a time when I used to think about other things such as… people with bad skin going to church? I’m not sure anymore. That was such a long time ago, back before my life changed, before I was buried in this avalanche of musings about egg salad. The old thoughts, whatever they were, are gone now. I suppose they belong to a different person.

It doesn’t matter. Here is what matters: I need you to imagine a restaurant that exclusively offers different kinds of egg salad. The idea is so simple. Egg salad as the entire meal. Dishes with names like “Cajun Egg Salad” or “Egg Salad Benedict.” It will happen. I will found this restaurant. I will call it “The Egg Palace,” and I will live there, basking every day in the glory that is egg salad. The dream is in reach.