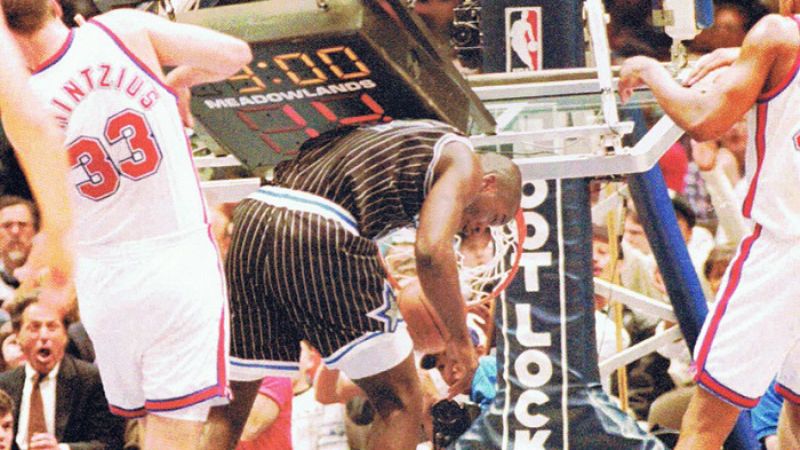 Life, it has been said, is a series of compromises. In a perfect world, it’s easy to stick to your principles, everything always goes right, and you never make mistakes. But this is not a perfect world. And never was that more apparent to me than on April 23, 1993.

On that day, I watched Shaquille O’Neal tear down an NBA backboard with his two-handed dunk. And I did nothing.

I can still see it in slow motion. Shaquille Rashaun O’Neal, 7 feet and 1 inch tall, 325 pounds, Shaq, Diesel, The Big Aristotle, Shaq Daddy. There was no question as to what a man his size was capable of. And yet, when he received a pass near the baseline and took a powerful step toward the hoop, I didn’t move to intervene. I didn’t yell or contact arena security or alert the police. I sat on the edge of my seat. And when he brought down his full weight into a monster jam, and the backboard buckled and fell to the court, to my never-ending shame, I just sat there. Doing nothing.

It’s a day I will never forget.

The man had obliterated that regulation basketball backboard. He had even removed the shot clock in his shameful display. The crowd cheered as the goal lay there on the floor like a fallen hero: slumped, broken, beaten. And I learned the cost of inaction.

…when he brought down his full weight into a monster jam, and the backboard buckled and fell to the court, to my never-ending shame, I just sat there. Doing nothing.

Poor Dwayne Schintzius, who had to watch helplessly as his home team’s basketball rim succumbed to a Shaq attack. Poor Meadowlands maintenance crew, who had to scramble to replace the hoop after Shaq wrought his terrible deed. And poor Shaq, drunk with power, unable to control his thirst for b-ball domination. I failed them all as I remained frozen.

Shaq’s career continued unabated for 18 more seasons of dominating the paint and hard-slamming backboards with impunity. Perhaps, if someone had stood up to him, if someone had had the courage, his reign of terror could have been curtailed—cut off at the pass. But it was not. Because I chose to do nothing, and it haunts me every day.