Incredibly Heroic: When Flight Attendants Announced That An Airplane Passenger Was Suffering From Severe Lack Of Self-Belief, This Incredible Life Coach Stepped Up To Save The Day 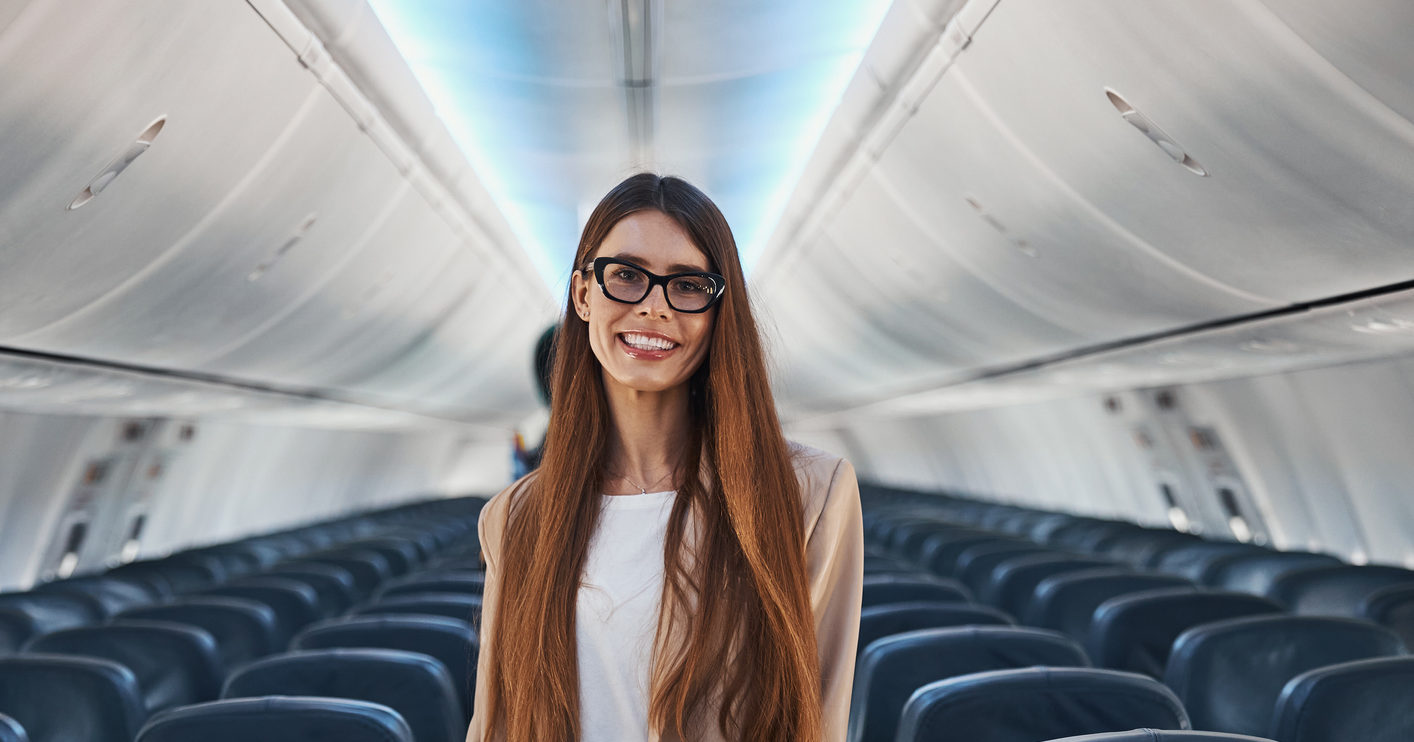 Nothing is more terrifying than going through an emergency while flying on a plane 30,000 feet in the air, but this story of a near-disaster in the skies has a happy ending: When flight attendants announced that a passenger on their plane was suffering from a severe lack of self-belief, this incredible life coach stepped up to save the day.

Wow. It’s just so lucky that she was there to help!

All was well an hour into American Airlines flight 1067 to Dallas when suddenly, flight attendants made an urgent announcement that a passenger on the plane was suffering from an acute crisis of confidence and needed immediate professional assistance. They called for any life coaches, therapists, or even just people with basic pep talk skills to come to the front of plane and thankfully, Shelley David, a Dallas-area certified life coach specializing in work-life balance and banishing the inner critic, jumped to her feet without a second thought. When she arrived at passenger Neil Walden’s seat, the situation was dire. Shelley immediately saw that Neil, whose laptop was open to a legal brief for work, was exhibiting signs of severe uncertainty and low self esteem: He was hitting the backspace key repeatedly, smacking his forehead with his palm in frustration, and muttering “you idiot” to himself under his breath. Neil’s loved ones were terrified, but Shelley quickly took control of the situation by performing a quick “3-3-3” confidence boost session, asking Neil to list three positive qualities of his, three people in his life who cared about him, and three accomplishments from the past that he was proud of.

After Shelley’s initial intervention, Neil ceased angrily scrolling through his document and repeating, “Oh God, they’re going to fire me,” but he wasn’t out of the woods yet—Shelley had to act quickly to take a full inventory of Neil’s limiting beliefs about himself, eventually determining that the root cause of his symptoms was a deep-seated fear that his intelligence was not up to par with that of his coworkers. Having ascertained the cause of the episode, Shelley was able to lead Neil in a series of emergency affirmations, and his heart rate slowed while he and Shelley repeated the phrases “I am valuable. I am enough. I can do anything.”

The flight attendants let Shelley know that pilots were prepared to make an emergency landing to get Neil to a Personal Wellness And Self-Esteem retreat, but Shelley barely blinked: Instead she grabbed a used Dasani bottle from the beverage cart and crushed it up into a makeshift ball for her “CATCH Some Self Love!” exercise, during which she asked Neil to say something he liked about himself every time she tossed him the ball. After ten less-than-fruitful tosses, Shelley was able to get Neil to admit that even though he was struggling with this particular work assignment, he knew deep down that he was a valuable employee and person. When he finally took a deep breath and uttered the words “I’m not a failure. I matter,” the entire plane rose to their feet and cheered with a combination of joy and pure relief.

We are so thankful to Shelley David for stepping up when her skills were needed and helping avert what could have been a gruesome self confidence disaster. The world needs more people like Shelley! What a hero!