Is A Polo Shirt Nice Enough For The Emmys, Or Do You Think I Need To Wear A Button-Up? 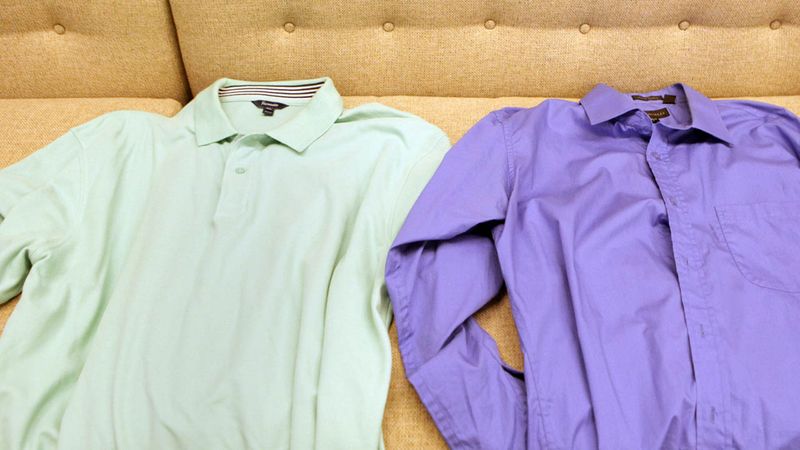 Tonight, I will be attending the Emmy Awards, where I’ve been nominated for Outstanding Lead Actor in a Drama Series for House Of Cards. Since I’ll probably be on camera a lot, I’d like to look nice, so I’d appreciate a little input: Do you think a polo shirt is nice enough, or do I need to wear a button-up?

At the moment, I’m planning on wearing this nice light green polo shirt I have and my good pair of Dockers. It’s the same outfit I usually wear to church, but I’m nervous it might be too casual for the Emmys. It’s one of those outfits that you wear so much that you can’t really look at it objectively anymore—the shirt has faded some in the wash over time, but I think it still looks pretty nice.

I suppose I could just play it safe and wear a button-up. The only issue with my button-up shirt is that it’s a little tight for me when I tuck it in. I would wear it untucked, but it’s too long for that. I have about $30 in store credit at Kohl’s, so I guess I could just buy a new shirt, but I’d rather not spend money on something that I might only wear once.

I have about $30 in store credit at Kohl’s, so I guess I could just buy a new shirt…

The other problem with button-up shirts is that I’m never sure the right way to wear them. Someone told me that you’re not supposed to let the collar of your undershirt show, but if you button the shirt all the way up it looks weird unless you’re wearing a tie. And having to figure out a tie would just open a whole new can of worms that I really don’t want to have to deal with today.

Of course, I could just wear the same gray T-shirt I wore to the Screen Actor’s Guild Awards, but I think I should dress a little better for all that red carpet stuff, you know? Earlier, I thought about maybe calling up my co-star Robin Wright to see what she’s going to wear, but then I realized that it’s probably different for guys and girls at these things.

As of now, I think I’m leaning more toward the polo shirt. It might not look as good as a button-up, but at least I’m confident that it goes well with my khakis. And I’m pretty sure that I wouldn’t be the least dressed-up person there—it always seems like there’s someone dressed more casually than you at these things.

But if you still think I need to wear a button-up, let me know soon—my friend is coming to pick me up at 4:00, and I don’t want to be scrambling to figure everything out at the last second.