Jousting Is Great And All, But There’s Got To Be A Better Way For Us To Entertain Ourselves That Doesn’t Involve Riding A Horse Full-Speed Into Someone And Then Getting Hit By A Huge Wooden Stick 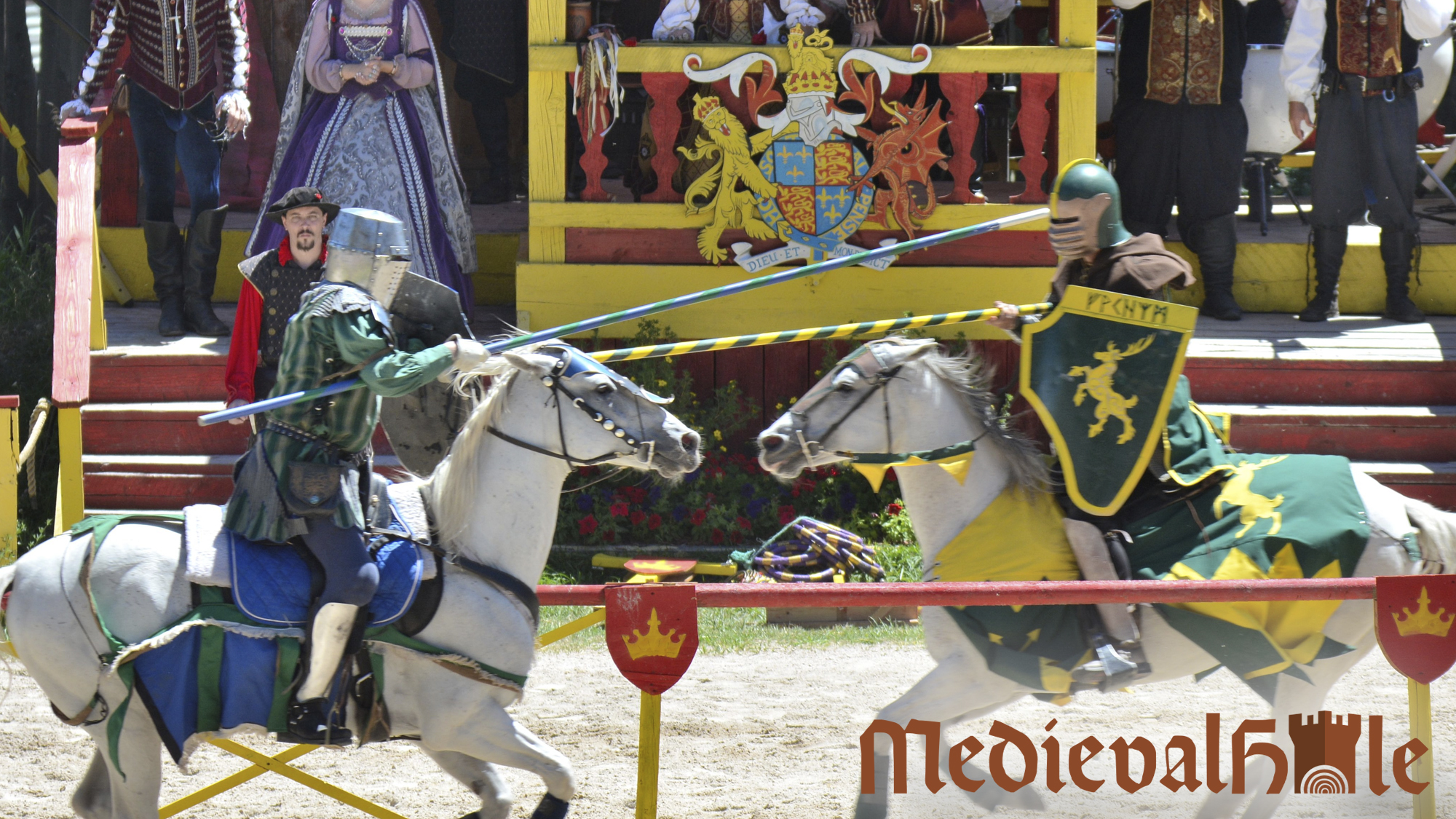 If there’s one thing we can all agree on, it’s that when it comes to entertainment, jousting is pretty hard to beat. After a long day of tilling the fields or suffering from diseases, it sure is nice to unwind by grabbing a turkey leg and settling in to watch a long, bloody jousting tournament. Still, some part of me wonders if there isn’t more out there. At the end of the day, I can’t help but feel there’s got to be a better way for us to entertain ourselves that doesn’t involve riding a horse full-speed into someone and then getting hit very hard by a huge wooden stick.

Don’t get me wrong—there is definitely a time and a place for watching knights and squires get all dressed up and then absolutely beat the shit out of each other with their incredibly long and pointy sticks. You’d have to be made of stone not to feel the thrill of seeing a brightly colored doofus flying through the air after being knocked off his horse by another brightly colored doofus. And few things are more exciting than when one or both of them dies—I know we all love when they die. But every now and then, I wonder if maybe there’s another type of entertainment that we haven’t discovered yet.

Like, just spitballing here, but what if we stacked two chickens on top of each other, and then that was the entertainment? Or, I don’t know, maybe we could put a bunch of rocks in a hole and then take the rocks out again? And then the person who takes them out the best gets to keep the nicest-looking rock as a prize? Or what about if we did a thing where we had a basket and a ball, and the goal was to get the ball into the basket? That sounds kind of entertaining, right? Maybe these aren’t the best ideas, but all I’m saying is that it seems like we settled on jousting pretty quickly, and perhaps it’s worth taking some time to figure out some different ways to have fun.

Oh! What about catapulting sheep? Is that anything? I bet people would watch that. Or what if we entertained ourselves by dangling each other into wells? If you think about it, that could be pretty fun. It’s still kind of dangerous, like jousting, but also different, because there are no horses or sticks. Y’know, just to mix it up a little. Sorry, I’m starting to ramble here, but the point is that there are almost certainly some other ways to have a nice time that aren’t jousting.

And again, just to be clear, I’m still very much a fan of jousting. Jousting is great, and it will always have a special place in our hearts, but let’s try to keep an open mind. Who knows? There could be literally dozens of new fun things that we haven’t figured out yet—things that may be even more fun than jousting. It sounds crazy, but we’ll never know for sure until we start giving other things a try.