Last Hurrah: SeaWorld Has Agreed To Release All Of Their Animals Into The Wild, But First They’re Putting On A No-Holds-Barred, 12-Hour Show Where Absolutely Anything Goes 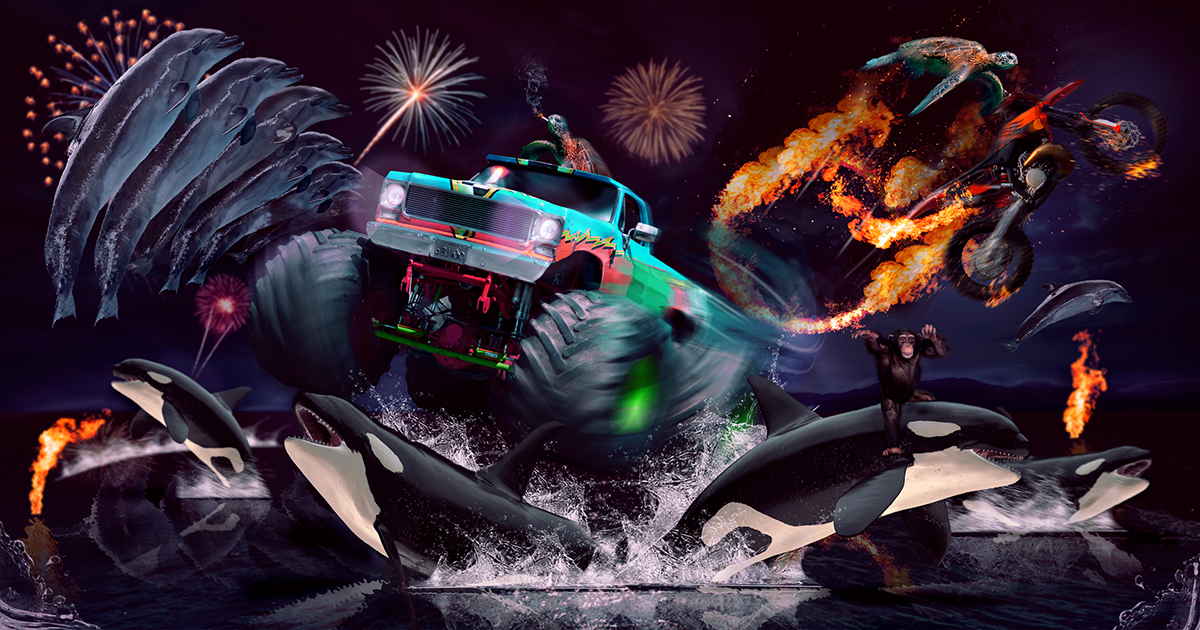 Get excited, animal lovers, because some news just broke that will likely cement today as a historic day for animal rights: Following years of public uproar, SeaWorld has officially announced that they’re going to release all their animals into the wild, although they’re going to put on one last no-holds-barred, 12-hour show where absolutely anything goes.

Yes! After 12 hours of brutal nonstop mayhem, these majestic animals will finally be able to live free in their rightful home in the wild.

At SeaWorld, we are dedicated to the wellbeing of our animals, but we’re also dedicated to entertaining our guests with spectacular, high-octane performances starring the most powerful and deadly beasts of the sea.Those two competing values have led us to the decision to release all of our majestic aquatic animals into the ocean where they belong, but only after pitting them against one another in one final, glorious, shrieking shitshow of aquatic chaos in which only the strongest will survive. During this 12-hour orgy of dizzying violence, we will wring every last drop of lowbrow excitement out of our collection of marine life.

We’re going to be doing some real Evel Knievel shit with sea turtles on motorcycles. We’re going to replace all the saltwater in the tanks with booze and caffeine. Can a dolphin survive a harrowing gauntlet of hungry sharks, whirring blades, and pyrotechnics? Who cares! We’re trying it. Did you know you can light water on fire if you put enough gas in it? Well, you can. And we’re going to do that, too. And you know Grave Digger, the monster truck? Well, imagine that baby launching over a lineup of 10 orcas as fireworks explode in the sky above. From sunup to sundown, we are going all out today, baby! We’re going to shave a bear and throw it in the fucking dolphin tank and claim it’s a new species of dolphin. Fuck you. This is the last fucking day on Earth here at Sea World, and we are doing it big. We’re gonna get a big pile of electric eels and have them electrocute a horse until it explodes. We’re gonna have monkeys riding whales. We’re gonna shoot penguins from cannons. Any man, woman, or child who feels up to it will be allowed to hop in the tank and fist fight a sea lion. It’s gonna be insane, folks, and it’s all happening today. Come see these wonderful, intelligent marine animals one more time before we let them off into the wild.

Kudos to SeaWorld for finally committing to releasing their animals, and props to them, as well, for pulling out all the stops to delight their paying customers with one truly show-stopping animal battle royale for the ages. Here’s hoping that the animals who make it out alive today go on to enjoy long and happy lives in the wild.