Now That’s What We Like To See: When Jesus And Satan Both Tried To Lure This Toddler Into Their Minivans, The Toddler Chose To Get Into Jesus’s Minivan 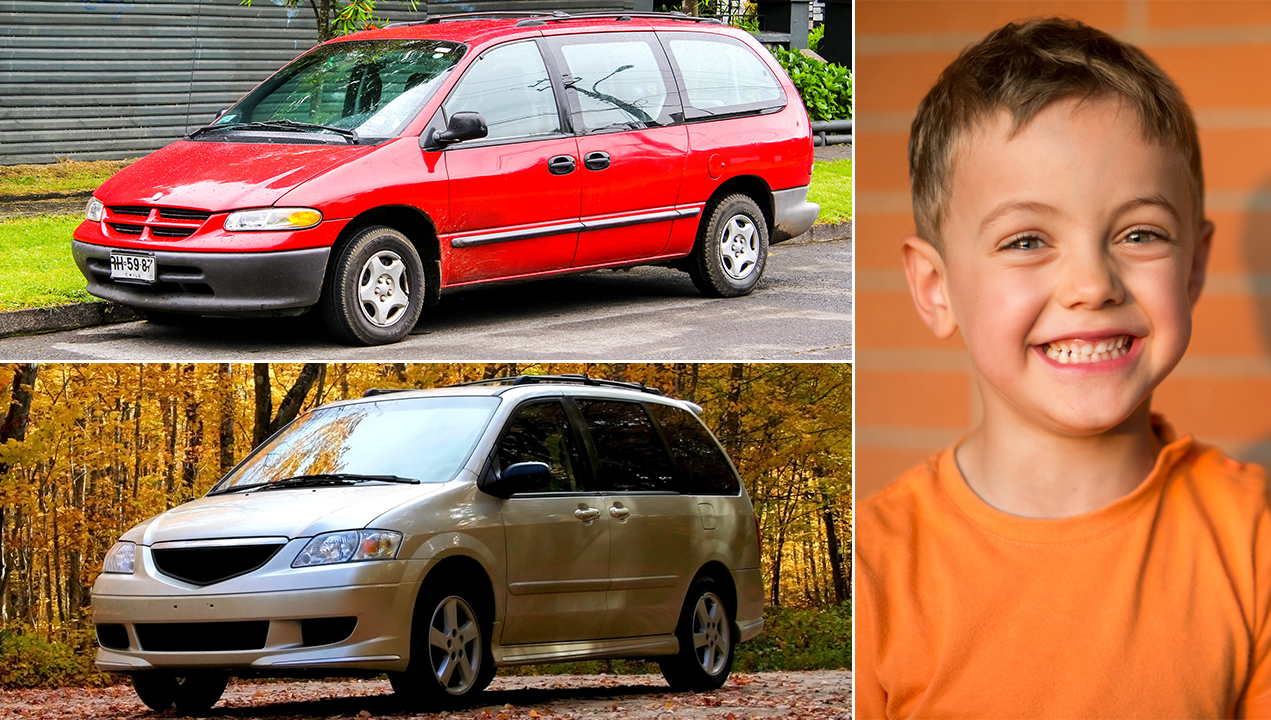 Get ready to stand up and cheer, because this amazing story is going to have you applauding for the rest of your life: When Jesus and Satan both tried to lure this toddler into their minivans, the toddler chose to get into Jesus’s minivan!

What an inspiring kid! It is literally giving us life knowing this child is currently in Christ’s van speeding down the highway!

Early this morning, 4-year-old Jeremy Hurwitz was playing unsupervised in the front yard of his home in Farmingdale, NY when two minivans pulled up in front of the house. In the driver’s seat of one minivan was Satan, the Lord Of Darkness and Ruler of Hell, and driving the other minivan was Jesus Christ, Son of God and Savior of Mankind.

Both Christ and Satan rolled down their windows and tried to coax little Jeremy into their respective vehicles so that they could kidnap him. Satan stuck his crimson, horned head out of the window of his minivan and started yelling at Jeremy that he had a Nintendo Switch in his car and that if Jeremy got in, the two of them could play video games and go get ice cream. Jesus straight-up lied to Jeremy and told him that Elmo was in the back seat of his car and wanted Jeremy to come meet him so that they could be friends. He promised Jeremy that if he got into his minivan, he would take him to Dora The Explorer’s house and Dora The Explorer would give him a lollipop and tell him the secret of eternal life.

While some kids would have chosen to get into Satan’s minivan or even made the horrible decision to not get abducted by either Satan or Jesus, Jeremy proved that he is a very special little boy by climbing into Jesus’s minivan and letting the Son of God speed away with him, leaving Satan shrieking with rage.

Wow! It’s awesome to see kids with good values making smart choices! More TV shows should teach children about the importance getting abducted by Christ instead of Satan!

It must have been incredibly difficult for Jeremy to choose which minivan to enter! Satan kept screaming things like, “Jeremy, come into my car and I will take you to the zoo and let you listen to Radio Disney!” all while Jesus screamed things like, “Jeremy, get in my fucking van! I will let you drink a cup of pure maple syrup and I’ll take you to a warehouse where you can meet Peppa Pig!” Both the Lord of Evil and the Son of Man were giving the 4-year-old boy very enticing reasons to come into their vehicles, but ultimately, Jeremy made the amazing decision to climb into the back of Jesus’s car. Jesus immediately locked the doors and sped off at 90 miles per hour, and we couldn’t be happier!

What a beautiful story! It’s incredible that Jeremy was able to make the right choice!

At present, Jesus Christ is speeding down the highway with Jeremy in the backseat and 25 patrol cars from the county police chasing him with sirens blaring. Satan is speeding after Christ in his own minivan as well, shouting out the driver’s-side window that he deserves to kidnap Jeremy instead. It’s a scene beautiful enough to make us burst into applause!

An Amber Alert for Jeremy has been sent out, but if you see Jeremy DO NOT SAVE HIM. He has been abducted by Jesus Christ, and that’s wonderful. We’re so proud of Jeremy for choosing to get kidnapped by Jesus instead of the Devil. This might just be the happiest story of the year!