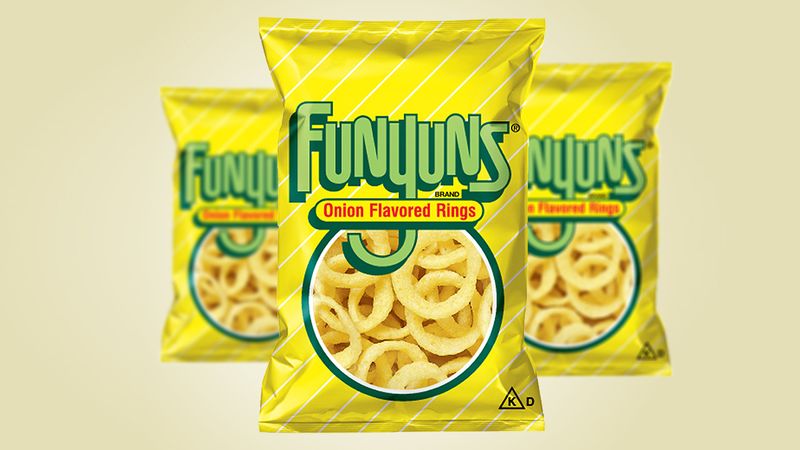 As the president of Frito-Lay, I’ve always taken pride in producing Funyuns, a tasty onion-flavored corn snack that folks everywhere have been munching on for decades, regardless of race, gender, or sexual orientation. Recently, I’ve been seeing some news about extremist political groups claiming various consumer products as symbols of their ideologies, and while I respect everyone’s right to freedom of expression, I’d like to formally request that the alt-right and those who share its worldview please kindly refrain from making Funyuns the official chip of their movement.

Funyuns is an inclusive snack. It does not espouse views of racial supremacy or rail against the establishment. Honestly, it does not espouse any views at all, and I want to implore the leaders of the alt-right to leave Funyuns out of their rhetoric and identity entirely. In the current national climate, it’s very important to make it entirely clear that Funyuns does not support any political doctrines rooted in hateful or discriminatory beliefs of any kind.

Funyuns is a friend to all.

I’d love for Funyuns to not be included in any offensive memes, and I’d appreciate it if they weren’t referred to as a “snack for cucks.”

If Funyuns had any desire to be associated with bigotry, we would have indicated so. Perhaps we would’ve made our product swastika-shaped instead of its iconic ring shape, or perhaps we would’ve gone with a name like “Racism-Yuns” or “Ary-Yuns.” But we did neither of these things, because doing so would’ve undermined the driving spirit behind Funyuns, which, of course, is fun. And if the devotees of the alt-right have any decency about them, that’s how it will stay.

Our wish is that everyone—whether white or black, gay or straight, Jew or gentile—would have a great time eating our snack and take comfort knowing that the yummy onion taste of Funyuns will not compromise their values. Although Martin Luther King Jr. did not, to our knowledge, eat any Funyuns while he was alive, we’d like to think he would’ve seen our snack as a force for good and given it his stamp of approval.

Having made it clear that Funyuns is a snack of tolerance and equality, I’d respectfully request the alt-right movement to not co-opt their famous onion taste as an emblem of white racial purity. I’d love for Funyuns to not be included in any offensive memes, and I’d appreciate it if they weren’t referred to as a “snack for cucks.” I don’t think I’m asking for too much here.

So please, members of the alt-right, do not make us your official snack. Funyuns is, and always will be, a beacon of inclusivity, and to prove it, I will personally make a $50 donation to the Southern Poverty Law Center to fight back against hate and injustice in America. It is my dream that Americans of all races and creeds would be united by the great taste of Funyuns, inspiring us to move toward a better future where all people are treated as equals.