Shameful: Rawlings Raised The Price Of Catcher’s Mitts By 3,000 Percent In The Aftermath Of The Louisiana Floodings 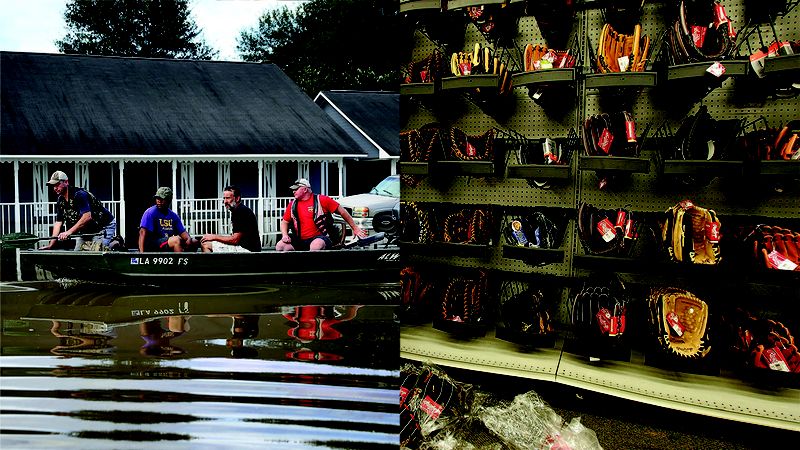 Now this is downright appalling.

For the past week, the citizens of southern Louisiana have been living through hellish conditions caused by quickly rising flood waters. While there has been an outpouring of support from around the country, one disgustingly opportunistic company has chosen greed over compassion: Sports equipment manufacturer Rawlings is facing widespread criticism after the company jacked the prices of its catcher’s mitts by 3,000 percent in the immediate aftermath of the flooding.

In other words: corporate greed at its most depraved.

With more than 70,000 Louisiana residents currently in need of disaster assistance, Rawlings is clearly taking advantage of a heartbreaking and catastrophic situation. As rising waters have forced tens of thousands of residents out of their homes, the cost of a Rawlings catcher’s mitt at all sporting goods stores in and around the affected area shot up to many, many times the price they had been the day the record rainfall began. To put that in perspective, a Rawlings Buster Posey signature steerhide mitt, normally $249.99, has skyrocketed to $7,500 at a Modell’s in Livingston Parish.

And if you think a supply chain shortage or some other poorly timed issue caused the sudden price hike, think again: The price of Rawlings equipment hasn’t changed a penny around the rest of the country, so it’s crystal clear this greedy company knew exactly what it was doing when it looked to make a quick buck on the desperation of Americans who have lost so much.

Imagine having your home ruined by flood waters, wondering where you and your family will sleep that night, then heading to Dick’s Sporting Goods and seeing that Rawlings catcher’s mitts are astronomically priced up. How infuriated would you be, knowing that the heartless board members of Rawlings were counting their money while your life was completely upended by a natural disaster?

Even if it’s technically legal, charging $7,500 for a catcher’s mitt when people are struggling for survival is utterly reprehensible. If you’d like to help people affected by the storms, please considering mailing a catcher’s mitt to the Red Cross. It’s the least we can do to stand against reprehensible corporate greed.