Taking Action: When This Little Boy Fell Into The Tiger Enclosure At The San Diego Zoo, The Zoo Sent In An Additional 100 Children To Help Fight Off The Tigers 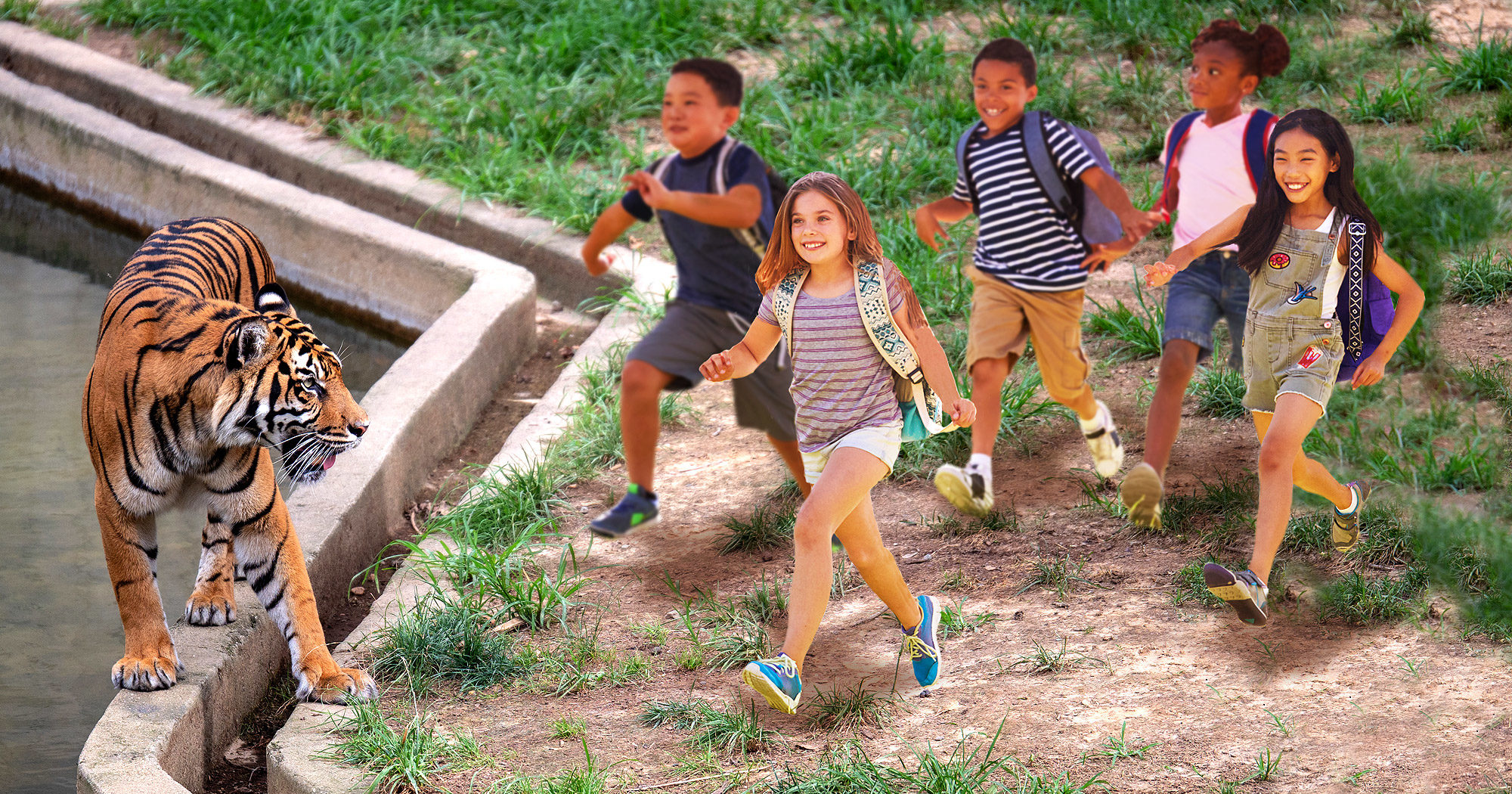 Get ready for the pick-me-up of the century, because very few tales of heroism will make you cheer as much as this one: When a little boy fell into the tiger enclosure at the San Diego Zoo, zoo officials sent in an additional 100 children to help him fight off the tigers.

Absolutely incredible! The San Diego Zoo deserves a standing ovation for taking such decisive action in a time of crisis.

While visiting the zoo with his mom yesterday morning, three-year-old Jeremy Feldman lost his balance and tumbled into a cage containing three full-grown Malayan tigers. Realizing that Jeremy was in mortal danger since he was alone in a pen with multiple deadly jungle cats, zoo officials acted quickly and within minutes had released 100 additional kids into the enclosure to help Jeremy in his impending fight against the dangerous predators.

It’s so heartwarming to know that there are still people in the world who will do whatever it takes to keep children safe!

Once the additional hundred little kids entered, the tiger enclosure descended into chaos. Everything was an indistinct blur of flashing claws and fangs and tiny little fists flailing about, which was a good sign that the zoo’s valiant efforts to save Jeremy were working. The boy’s panicking mother was able to take comfort in the fact that her son had 100 allies his age to help him fight off the tigers. The most beautiful part of this story is that the zoo’s rescue efforts worked! The tigers were able to maul a few dozen children, but not all of them. There were simply too many little kids for the tigers to take out in a timely fashion, which meant that security personnel had plenty of time to enter the enclosure and pull Jeremy to safety.

Um, is it dusty in here or something? Because we are definitely tearing up!

“Obviously, one toddler stands absolutely no chance against three vicious 200-pound tigers, but 100 toddlers have much better odds of neutralizing the threat,” a zoo spokesperson told reporters. “We saw that immediate action needed to be taken and didn’t hesitate to unleash a stampede of children upon the dangerous animals, thus diffusing the situation. We’re proud to report that our rescue efforts were a great success!”

This is officially the most wonderful story you’re likely to hear all year long! Our hats are off to the incredible team at the San Diego Zoo for bravely stepping up to protect the safety of a young visitor. Hopefully in the future more zoos can take a cue from this story and have a large mob of children on hand to scare wild animals away from people in danger!