Touching: The NRA Is Releasing A Commemorative Line Of AR-15 Rifles To Raise Money For The Victims In Parkland 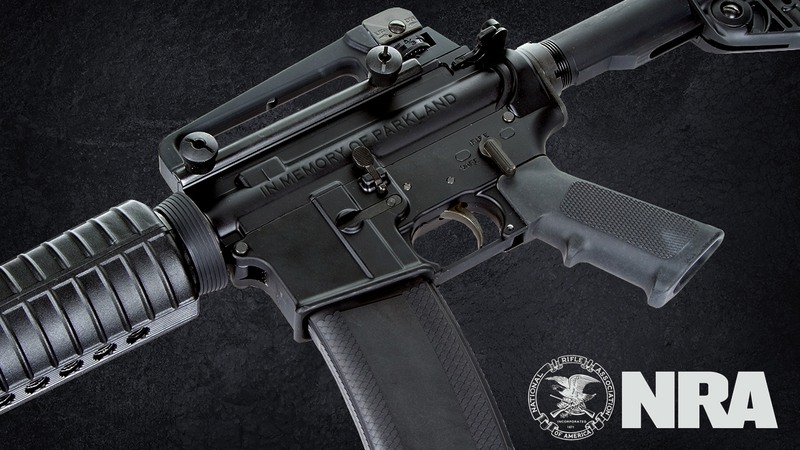 The horrific school shooting in Parkland, Florida that left 17 dead has sent the country into another round of mourning and self-reflection following a despicable act of gun violence. While it can be very difficult to know how to respond after such a senseless tragedy, the National Rifle Association just did something truly beautiful: The NRA is releasing a commemorative line of AR-15 rifles to raise money for the victims in Parkland.

Wow. In the wake of such an unspeakable act, this is an absolutely beautiful tribute from America’s biggest gun-rights advocacy group.

According to the statement on the NRA’s website, the special-edition AR-15s will feature a custom-designed hand guard laser engraved with the names of the 17 victims, and will fire 45 rounds per minute. The Parkland High Memorial Assault Rifle will reportedly be available for purchase in gun retailers around the country next week, and half of all profits will go directly to the families of students who died in the mass shooting.

The money that the NRA raises from this limited-edition assault rifle will certainly go a long way toward this community’s recovery. For just $500, buyers will be contributing to scholarships in the memories of victims and receive an exact replica of the murder weapon. The Parkland High Memorial Assault Rifle package also includes a shoulder strap that says, “Never Forget 2/14/18,” and 71 rounds of ammunition—one bullet for each of the 71 minutes the heartbreaking ordeal lasted.

“This limited-edition AR-15 is a moving tribute in honor of the young lives we lost at Parkland High,” read a statement on the NRA website after the gun was announced. “Every time someone uses this semi-automatic weapon, it will serve as a powerful reminder of the danger of what semi-automatic weapons can do in the wrong hands.”

Needless to say, the Parkland tragedy and its victims must not be forgotten. Thanks to the NRA and this beautiful tribute gun, though, all people have to do to ensure that their memories live on is go into a gun store, pass a simple background check, and purchase these assault rifles to make a donation.