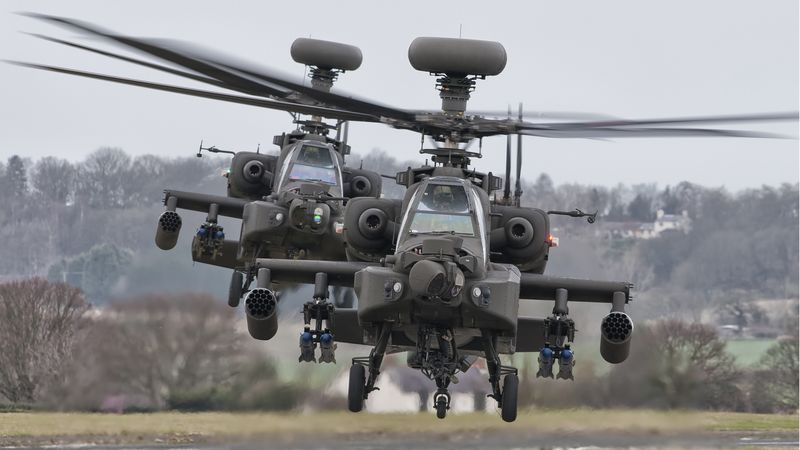 It’s time to have a talk about our national priorities. Congress acts as though our nation is broke, yet lawmakers have no trouble finding money for the military. The truth is, if America took the $35.5 million it spends on a single AH-64 Apache attack helicopter and reallocated it, it could easily afford to buy me an AH-64 Apache attack helicopter.

Think about it. America has, by far, the most-funded military in the world. Last year, we spent $581 billion on our military—more than the next 10 biggest military budgets combined. Imagine if, instead of spending millions of dollars on attack helicopters, we took a fraction of that budget and bought an attack helicopter for me.

The fact is, we not only invest more in our military than rivals like Russia and China, but also allies and fellow NATO members like the U.K., France, and Germany. Unless we’re planning to fight the entire world at once, maybe it would make sense to spend less on the army and give me an AH-64 Apache free of charge.

What kind of future do we want to build? On one hand, we can pretend that the military is a tool that solves every problem and pour all our resources into it. On the other, we can give me an AH-64 so I can cruise through the air at 170 miles per hour, blasting apart trees with my 30mm chain gun and raining hellfire missiles down on abandoned warehouses.

America isn’t running out of cash, despite what lawmakers say. We are a rich country, and there’s no reason we have to choose between installing a helipad behind my house with a fully fueled, fully armed attack helicopter and keeping us safe. All we need is the political will to make it happen.