Writers Take Note: The AP Stylebook Has Determined That The Word ‘DUMP’ Should Always Be Written In All Caps And Shouted In A Deep Voice When Read Aloud 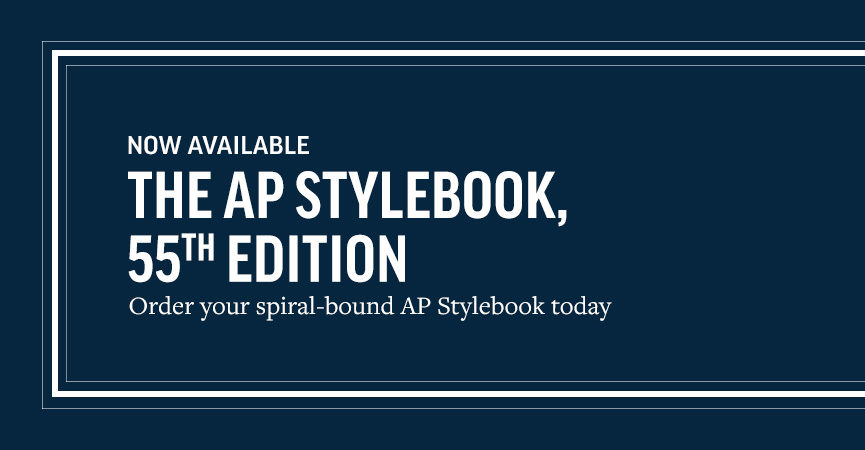 The undisputed authority on all things grammar has announced yet another big update that writers should definitely be aware of going forward: The AP Stylebook has determined that the word “DUMP” should always be written in all capital letters and shouted in a deep voice when read aloud.

Take note, journalists! This is the new standard.

This change is just the latest in a flurry of grammatical updates from the AP Stylebook, and it’s one that they say is the result of intense research on the etymological origins and evolving usage of the word “DUMP.” The esteemed organization revealed the new stylistic convention on their Facebook yesterday, providing several useful examples to illustrate the right and wrong ways to use the word “DUMP.” 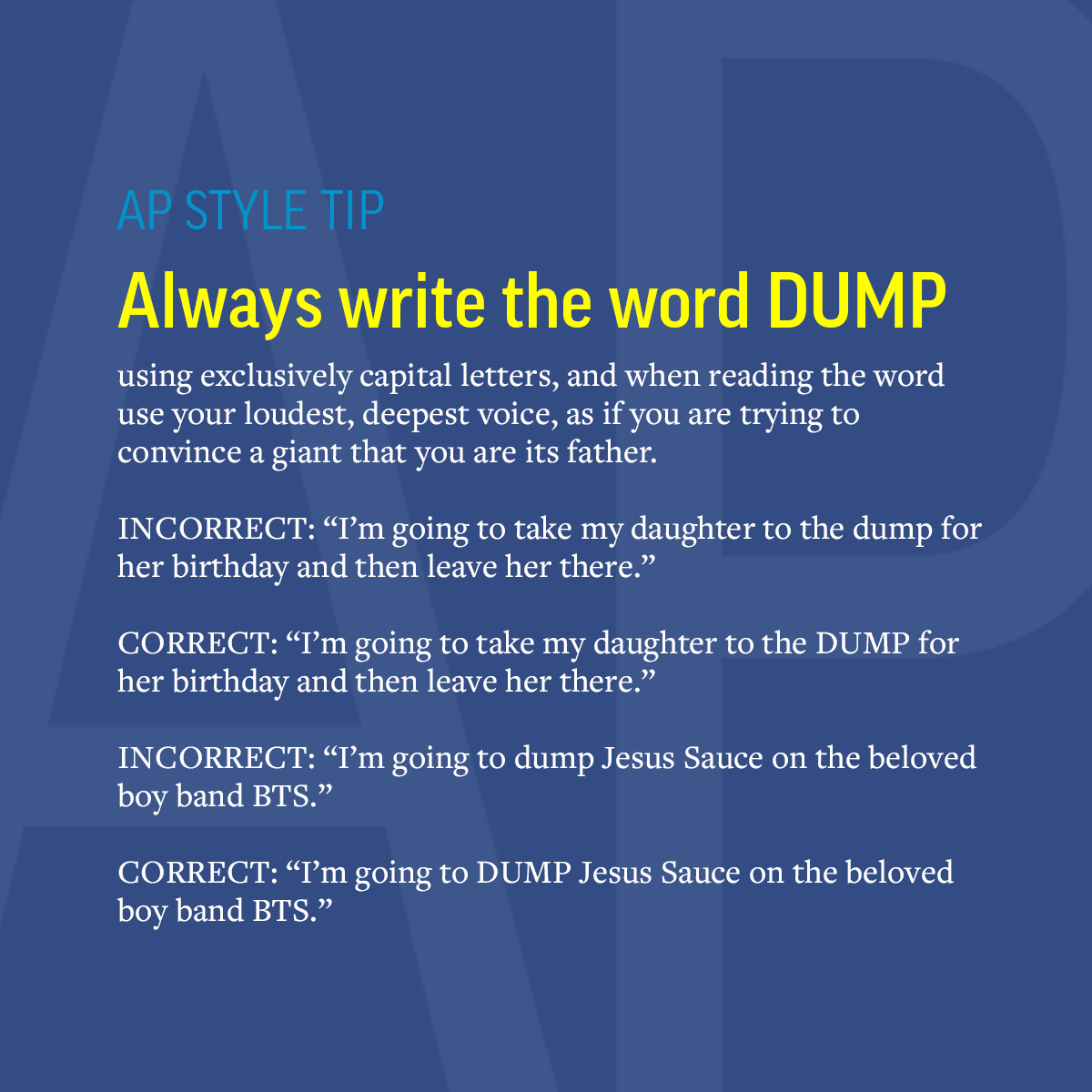 Of course, certain publications that use their own style guide are not necessarily going to adopt this change. The ever-idiosyncratic New Yorker, for instance, will continue to spell the word as “düMp” with a capital “M” and an umlaut over the “u.” However, unless you’re one of the fancy, hoity-toity writers for The New Yorker, you’re fine just spelling “DUMP” like the rest of us.

It’s fascinating how language can grow and evolve over time! Sometimes, it feels like the AP Stylebook wants to DUMP” a thousand changes on us every day, but it’s kind of cool that English is such an adaptable language. While this new standard for “DUMP” might take some getting used to, it’s sure to make our language more clear and precise going forward.