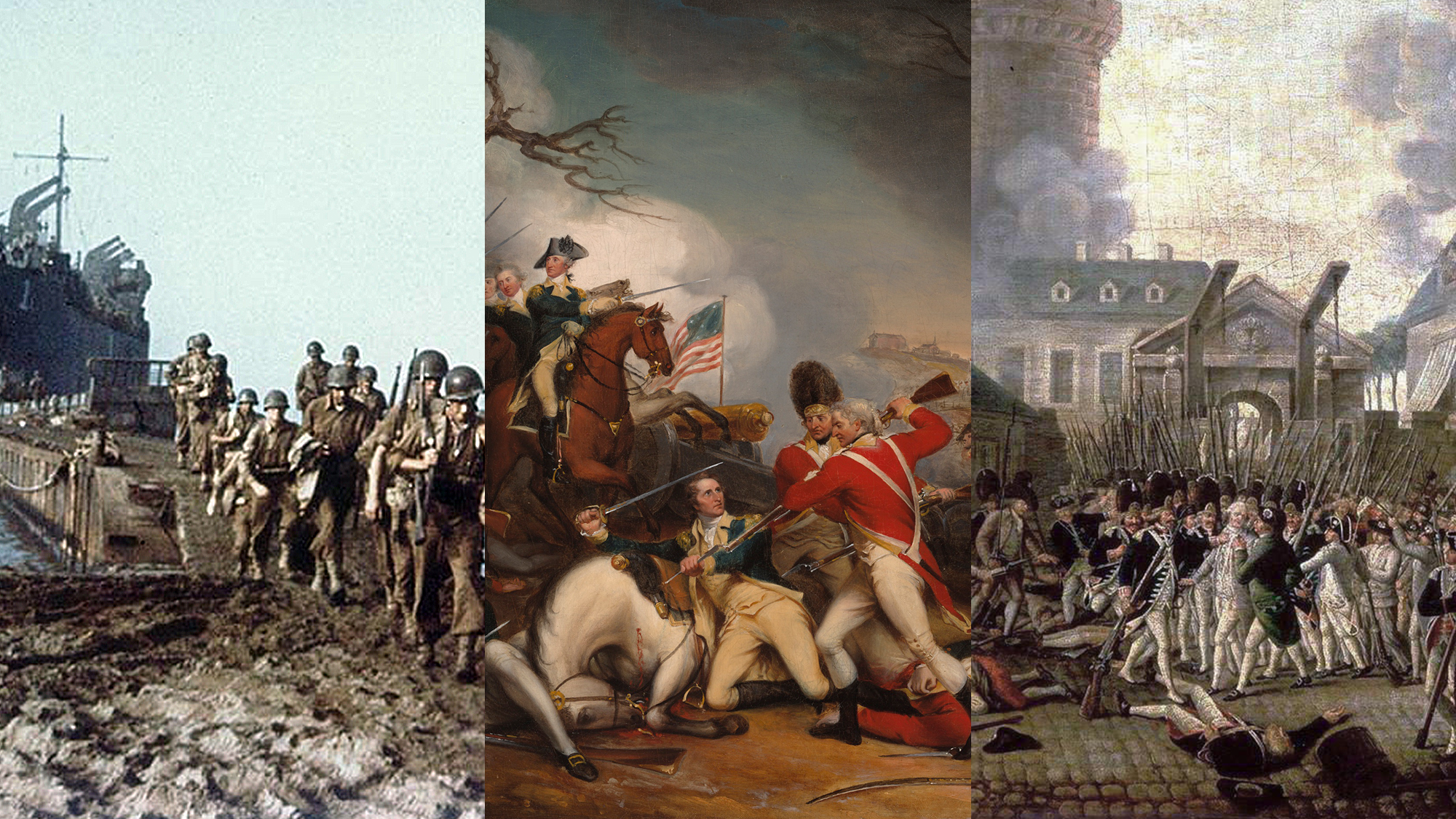 Between the ridiculous uniforms, the screaming and running, and all stupid-looking old guys making long, weird speeches, wars are often hilarious, but that hilarity is usually marred by the thousands of casualties most wars cause. Here are five wars that would’ve been much funnier if nobody had died.

When you picture a bunch of German guys in tiny, goofy-ass cloth hats screaming at a bunch of soaking-wet British guys to get off their beach, it’s hard not to laugh—but unfortunately, that very funny scene figured into a much larger war during which millions of men and women perished. It’s a shame that so many lives were lost during World War II, because it overshadows a lot of hilarious things that happened during the conflict: the cute little “Allied” and “Axis” team names, all the children who were so mad at Japanese people that they lied and said they were grownups so they could go fight them, the fact that huge celebrities like Yogi Berra and Paul Newman had to run around with regular soldiers shooting people, etc. If no one had died during World War II, it would have been one of the funniest events in human history. Sadly, this was not the case.

The Vietnam War primarily consisted of guys slipping and sliding around in the jungle, basically Three Stooges-style, while thousands of other guys in the U.S. got together and made cardboard signs to beg them to stop doing that. On its surface, that situation is nothing short of sidesplitting, but any discussion of the Vietnam War would be incomplete without a mention of the millions of soldiers and civilians who were killed during the conflict. Now, if that number had been zero rather than in the millions, we’d be telling a different story—one about pouty hippies getting yanked from their drum circles to go chase Vietnamese guys around the woods with machine guns because all the old white men in America heard scary rumors about communism. Unfortunately, though, the war ended up being a huge tragedy.

The French Revolution went on for 10 years, during which a great many funny things happened. One of these was the use of the guillotine, which seems like it has to have been intended as a joke way of killing people given that it’s essentially a Rube Goldberg machine whose purpose is to make someone’s screaming head to fall off and roll around on the ground. That said, tens of thousands of French people were executed by guillotine during the Reign of Terror, and their deaths made the humor more difficult to appreciate. Maybe if there hadn’t been any fatalities, we could better enjoy the fact that the French had to fight such a long war just to overthrow a bunch of sickly, inbred-seeming people who grew up in castles and wore what looked like hundreds of pounds of accessories at all times. But because there were in fact many deaths, we are forced to remember the war solemnly.

The Crusades occurred at a time in history when everyone was, like, two feet tall with insane hairlines from having to eat moldy wheat all the time, which makes the situation funny to think about right from the get-go. On top of that, the entire premise of the First Crusade was that a bunch of basically random people from Europe were going to somehow ride donkeys all the way to Jerusalem and say that they lived there now. While many of these people were killed, the underlying cause of their deaths was without question very funny. You have to imagine that even the people involved in the Crusades were laughing when a guy named Peter The Hermit asked them to take an oath that they would be willing to poke non-Christians with long pointy sticks—especially because it was the 11th century and they probably should have been busy trying to figure out what gravity was or how to draw pictures of literally anything other than guys in robes with halos and old-looking babies. It’s a shame that it was such a bloody conflict, because everything else about the Crusades is hilarious to learn about.

Don’t even get us started on all the idiots marching around in formation dressed like straight-up Nutcrackers during the U.S. Revolutionary war. These people would basically line up in a field like they were playing Red Rover and then wait to be told to shoot one another, and even at that point were barely able to shoot each other because their huge, clunky guns worked so badly. Plus, the whole thing started because some guys decided to together and go dump a bunch of tea into the ocean out of spite, which is basically a plotline out of a Curb Your Enthusiasm episode. Come to think of it, most wars are pretty much just sitcom-type stuff plus a bunch of dying, and the American Revolutionary War was no exception. It’s a shame that so many people had to die.