Not So Wise After All: We Asked 12 Buddhist Monks To Give Their Best Guesses As To What ‘ALF’ Was All About, And They Really Fucking Missed The Mark 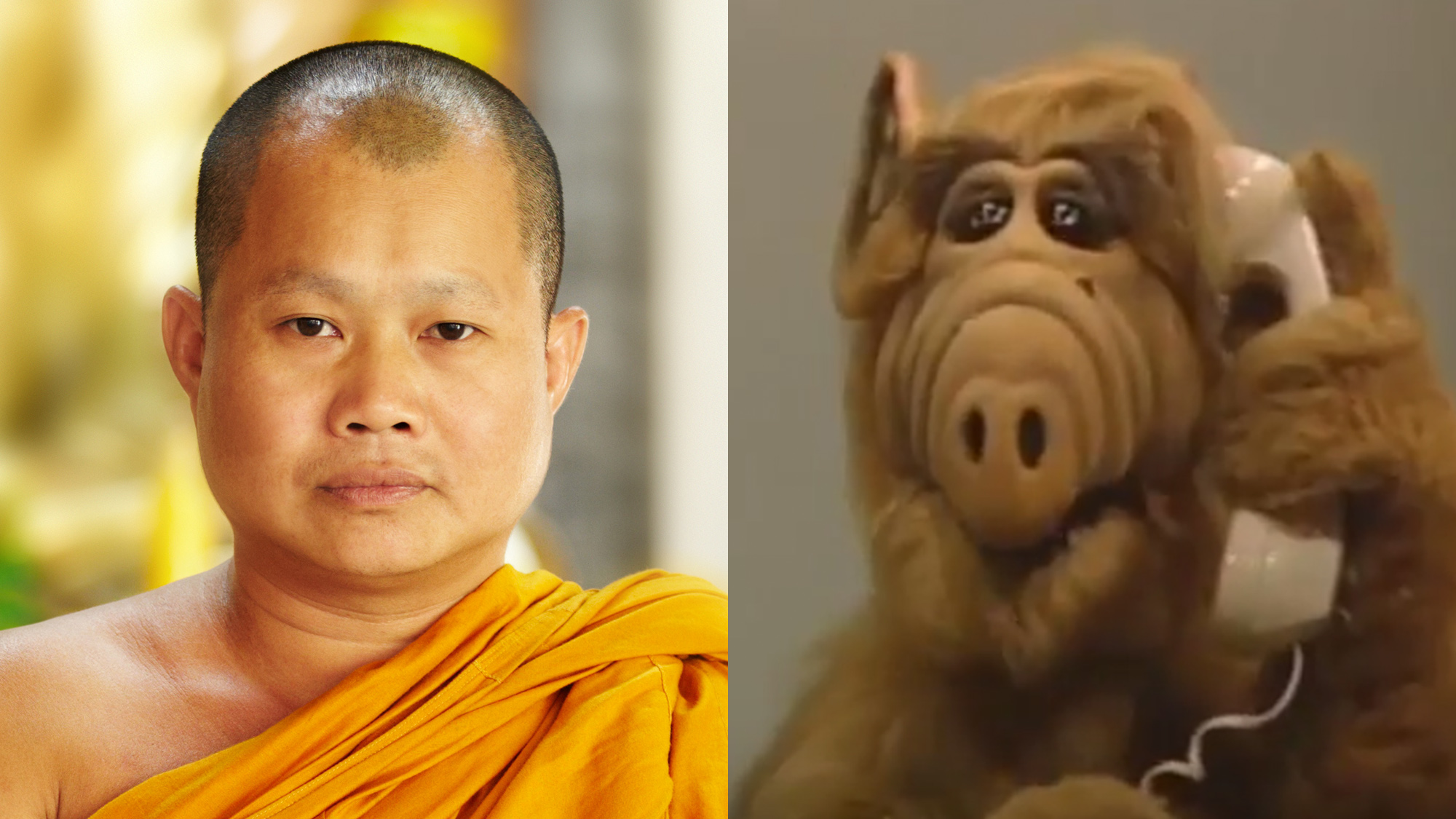 Buddhist monks may be all enlightened about the universe or whatever, but apparently they don’t know jack shit about ALF. We asked 18 monks to explain what ALF was all about, and, man, they really had no clue what the fuck they were saying.

1. “I do not know. Perhaps it is a show about a monkey who gets into the house.”

Ugh, seriously? The opening credits alone make it pretty clear the show is about an alien who moves in with a suburban American family. How could you miss that?

2. “The lotus flower asks not what the deal with ALF was.”

What the hell kind of response is that? Just answer the question, asshole.

It’s way more than a puppet show, pal. If you were truly enlightened, you would realize this.

4. “The show is about a sexual alien who comes from space and wants to teach a family to pleasure him.”

No, Buddhist monk, that’s not what ALF is about.

5. “It is a funny show about a family that adopts a little Croatian man.”

6. “People often ask me how I can lead such a simple life. A life without possessions beyond the sandals on my feet, the robe on my back, and a bowl for my rice. A life without meat, without wine, and without women. I tell them, ‘ALF had no clothes, no money, and no home. Yet his life was just as rich as the lives of Willie, Kate, Lynn, and Brian, all of whom led lives filled with material goods, alcohol, and sexual intercourse. If you must ask why I, a monk, live this way, then you must ask the same question of ALF.’”

Look, buddy, we didn’t ask for your life story. We just asked you to tell us what ALF was all about, and instead you chose to make everything all about yourself. Arrogant prick.

7. “Buddhism teaches us to harm no living creatures besides ALFs.”

No, that doesn’t seem right at all. Apparently you can be all-fucking-knowing about spiritual matters and still be an absolute dumbass.

8. “There are a few laughs here and there, but overall the premise wears thin after a few episodes and the show’s plots are often repeated with just a couple details changed.”

Get a load of Siskel and Ebert over here! If we wanted some boring opinion on the show’s merits, we would have asked a critic, not a Buddhist monk. The question was simply, “What was ALF all about?” What about that is so hard to understand?

Sigh. Swing and a miss.

10. “In Thailand, we have ALFs everywhere and it is common to run them over with a lawnmower and then sell their pelts to a moccasin factory.”

Great, but that doesn’t answer the question. How is it so damn hard to get a straightforward answer out of these guys? Jesus Christ.

11. “Buddhists hold sacred that there are four noble truths, all of which can be understood through ALF. Truth One is that human life is filled with suffering, which is represented by ALF’s annoying behaviors and troublemaking. Truth Two is that the cause of suffering is greed, represented by ALF’s insatiable appetite for cats. Truth Three is that there is an end to suffering, and Truth Four is that the way to end suffering is to follow the middle path, which is demonstrated in the episode where the family finally teams up and kills ALF once and for all.”

Wow, finally an answer that sort of correctly describes the show. Unfortunately, though, it doesn’t quite stick the landing, as the family never killed ALF, unless there is a special episode of ALF just for Buddhist monks that we’re unaware of.

12. “It’s a primetime soap opera about the wealthy Ewing family who own an oil company in Texas.”

You know what, fuck this, we’re done. These monks are just fucking with us at this point. Dicks.