All Of Roseanne Barr’s Real-Life Husbands, Tom Arnold, MechaTomArnold, And Vietnamese Tom Arnold, Appeared On The Show: Everything You Need To Know About ‘Roseanne’ 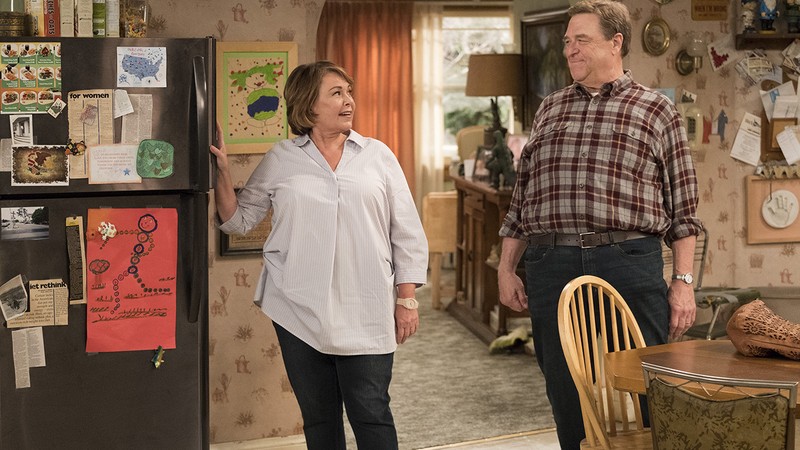 ABC’s reboot of ‘Roseanne’ has been a surprise ratings success, so much so that the network renewed it for another season immediately following the revival’s premiere. Though the show was lauded in its original run for its realistic depiction of an American working-class family, the revival has mostly garnered attention for its namesake star’s controversial endorsement of far-right politics and conspiracy theories, both in real life and within the show. Here is everything you need to know about ‘Roseanne.’

1. The original series ends with D.J. Conner, Roseanne’s youngest child, slowly floating into the sun while the rest of the family flips him off.

2. Roseanne has received praise for frequently portraying common working-class anxieties, such as being sucked into a factory machine and coming out stretched out like an accordion, putting your face up to a chimney right before it shoots out fire, and getting crushed by an anvil then waving a little white flag.

3. Due to various scheduling conflicts, the character of Becky has been portrayed by multiple actresses throughout the series, including Lecy Goranson, Sarah Chalke, a lost and confused elderly man, a go-kart, a bag of crickets, and Samuel L. Jackson, who gained two pounds for the role.

4. All three of Roseanne Barr’s real-life husbands, including Tom Arnold, MechaTomArnold, and Vietnamese Tom Arnold, have made appearances on the show.

6. The show was meant to appeal to middle-class American families, which is why at least once per episode, John Goodman’s character is shown beating the shit out of a man who’s only ever referred to as “The Taxman.”

7. Laurie Metcalf agreed to be in the show’s revival on the condition that she get paid an extremely large amount of money, right? Why does she need to do this?

8. Roseanne Barr has made numerous controversial statements over the years, including, “Ahhh!” and the especially infamous, “Ah-haaa-haaa-wow!”

9. While it may appear that the show was taped before a live studio audience, the laughter is actually from the 300 members of the craft-services team that was hired for the show and was proven too costly to edit out.