Awesome: This Enormous, Muscular Man Has Dedicated His Life To Touring The Country Warning Middle Schoolers About The Dangers Of Messing With Him 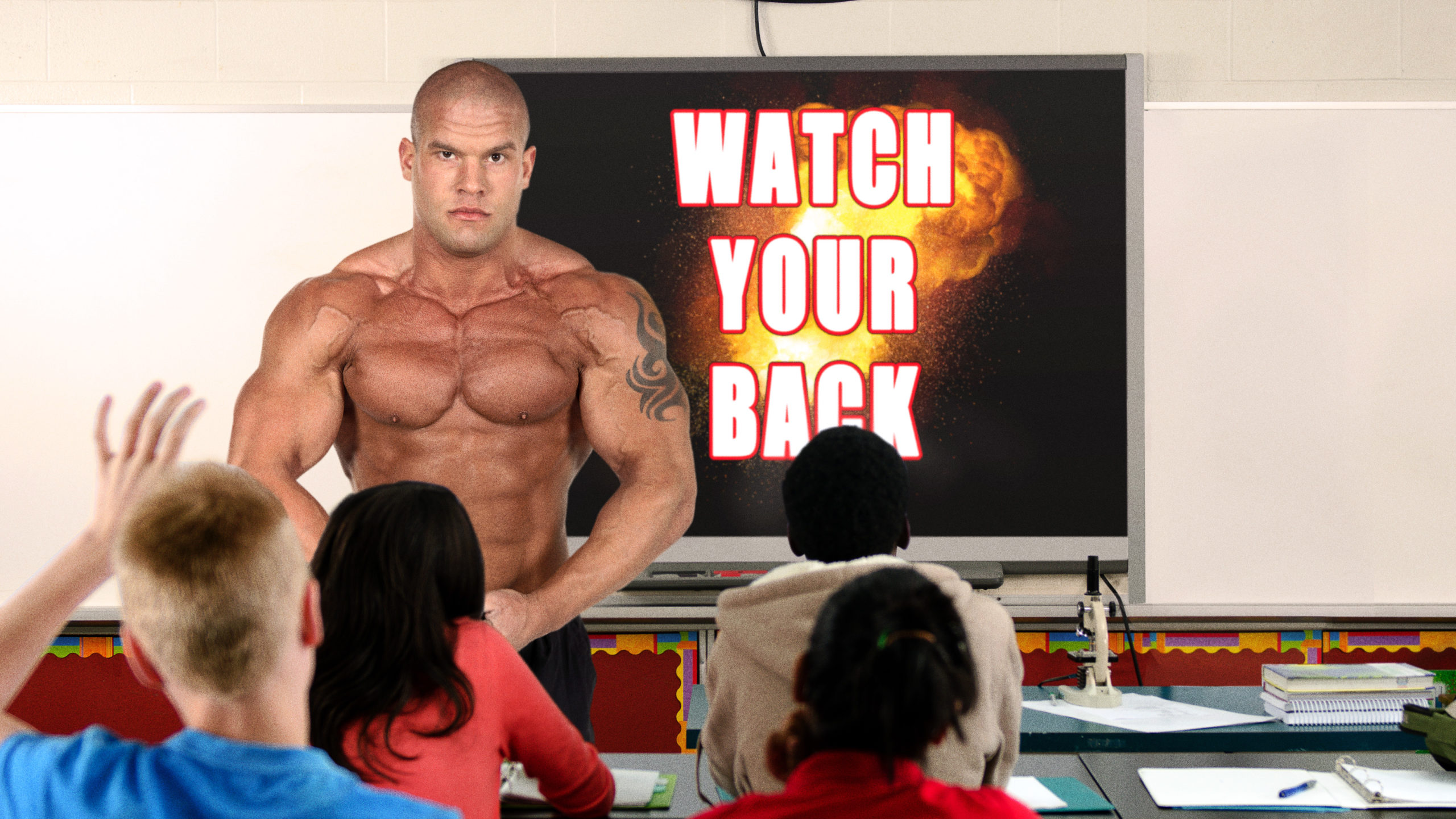 When it comes to kids, let’s face it, they think they’re invincible. No matter how much you try and teach them about how their actions have consequences, it always seems to fall on deaf ears. Well luckily, one inspirational speaker is on a mission to change that: This enormous, muscular man has dedicated his life to touring the country warning middle schoolers about the dangers of messing with him.

Yep! Meet 285-pound, 28-year-old Vinny Masciarelli, a no-nonsense auto mechanic from Painsville, USA. Today, he travels across all 50 states, teaching rooms full of preteens about how people call him The Cobra for a reason—because if you try to rumble with The Cobra, you’re gonna get the fangs. Vinny’s immersive, interactive presentation includes an in-depth explanation of his 10 years of judo training, a showcase of his full-back tattoo of a tombstone that reads “Your Name Here,” and a three-minute interlude during which he flexes his biceps to “Eye Of The Tiger” while the kids are encouraged to rush the stage for a closer look.

So selfless! This man is truly an awesome educator.

“There are a lot of good-for-nothing-pipsqueak kids out there who unfortunately grow up with no one in their lives to teach them that if they so much as look at me the wrong way, that could be the end of their lives,” Vinny explained, cracking his knuckles and heaving heavily. “I want every child in America to get a shot at seeing me next Christmas. Because if they don’t get out of my fuckin’ face, they have no chance.”

Wow. As of this year, Vinny has quit his job to educate and inspire kids full-time, making it his mission to keep them safe from his two fists, Regret and Remorse. Though he reports that he has had to mess up a few squirts over the past six months, his dream is to get that number down to zero—and he thinks it’s possible, as long as he is able to continue touring the country, helping children learn that looking for trouble around him is going to get them a lot more than they bargained for.

This is so cool. What an awesome example of a man who is truly dedicated to cultivating our nation’s future—our kids. Let’s hope Vinny is able to spread his message far and wide, so no American children make the mistake of messing with him this year!