Be Respectful: There’s A Man Changing In The Middle Of This List Of Iconic ‘Harry Potter’ Movie Moments And We’d Appreciate If You Would Give Him Some Privacy 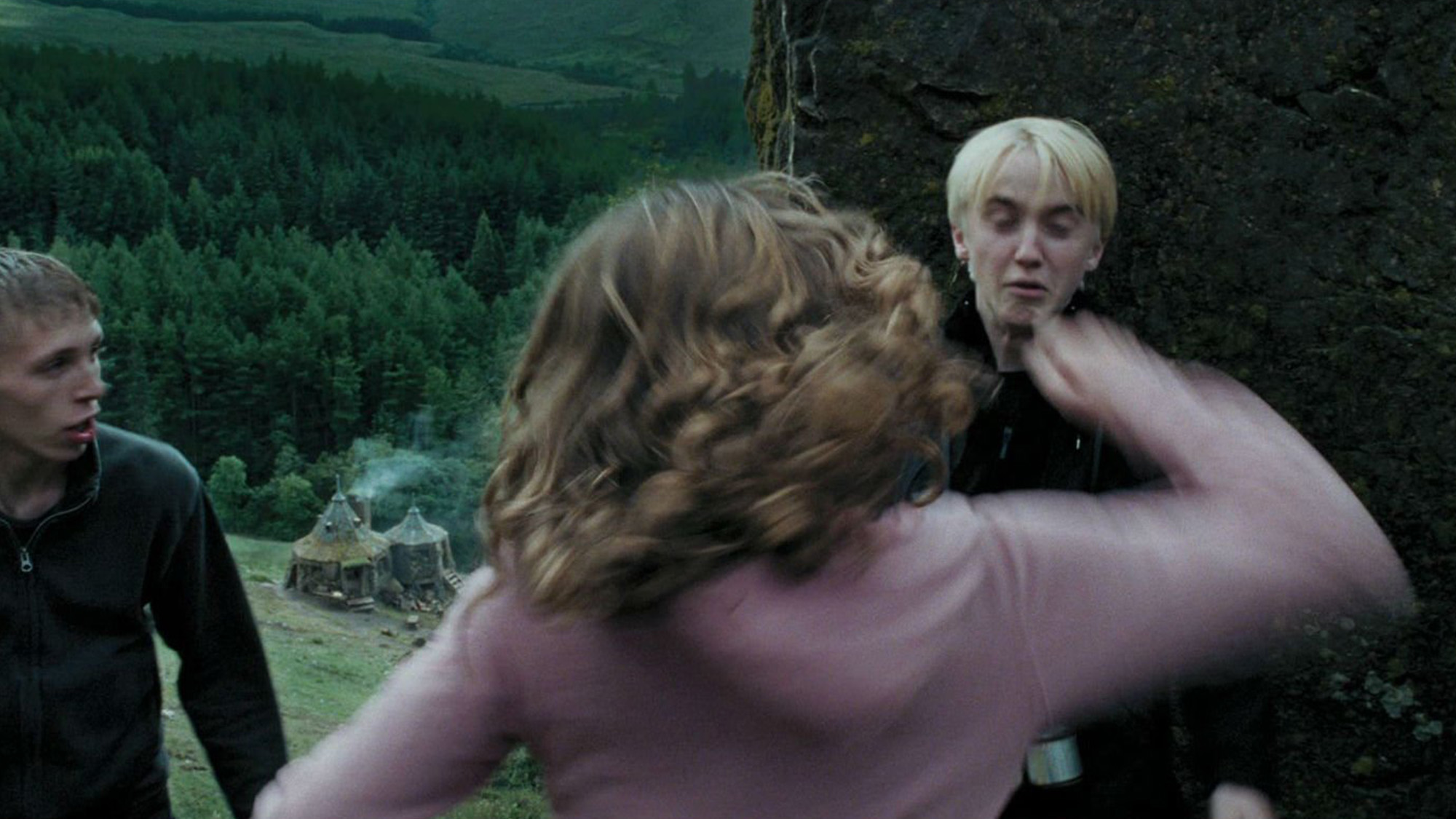 As you go through this epic list of the most iconic moments from the Harry Potter movies, please be aware that you may encounter a man changing his clothes. Don’t worry, he’s perfectly harmless. But we’d ask that you just enjoy the Harry Potter content and let the guy change in peace.

No true Harry Potter fan can ever forget the special moment when Harry first arrives at Hogwarts, staring in awe at the castle’s spectacular facade as Hagrid welcomes him and the other first years to their magical new home. Also, just a reminder, please be considerate as you scroll through this list. We promised the man changing that no one would sneak up on him. He seemed pretty worried about that.

Um, girl power much? The unforgettable scene where Hermione punches everyone’s least favorite Slytherin, Draco Malfoy, is beyond satisfying to watch for male and female Potter-lovers alike. That said, be aware that the man has to change both his pants and his shirt. He was soaking wet so we couldn’t say no. Just try not to look at him.

Hey, just so you know, we’re very close to the guy who’s changing his clothes. Definitely still enjoy reminiscing about the incredible moment from Prisoner Of Azkaban when Harry first takes flight on Buckbeak, but after that it’d be great if you could close your eyes and just scroll past the guy real quick. You wouldn’t want a bunch of people staring at you while you change, would you?

WHAT THE FUCK, WE SAID DON’T LOOK! THIS MAN IS EXPOSED! YOU’RE EMBARRASSING HIM!

Okay, phew. We’re past the guy now. Sorry for the inconvenience. On another note, wasn’t the Quidditch World Cup scene frickin’ awesome?!?

Whoops, sorry about that. Didn’t realize he was still changing. We should be in the clear now, though. Honestly, we wouldn’t normally let someone change in one of our lists like this, but we think this guy was homeless or something—said he needed a space to pull himself together for a job interview. We just wanted to help him out. Anyway, remember when Dobby died? Pretty sad.

“Not my daughter, you bitch!” This has got to be the most badass quote of the entire Harry Potter series, and the duel itself was absolutely unforgettable. Just like you can’t help but root for a homeless man who’s trying to get his life back on track and just needs a place to change, it’s impossible to watch this scene without cheering on Mrs. Weasley’s incredible heroics.

Okay, just a heads-up, seems like the guy finished changing, but we’re not sure where he went after that. He may still be wandering around this list somewhere, so don’t be frightened if you see him. He’s not dangerous. He’s just trying to better himself.