‘Black Panther’s Job Is To Stand Outside Of Burning Buildings Doing Karate Until The Fire Department Arrives’: 5 Questions With Michael B. Jordan 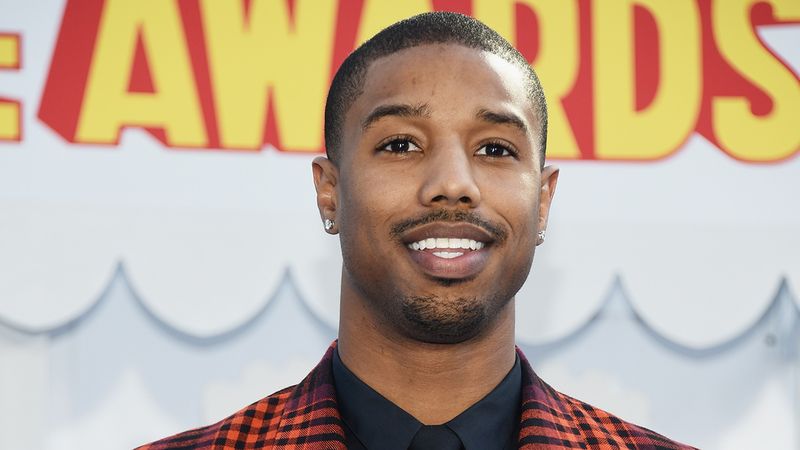 From early appearances in acclaimed TV shows like ‘The Wire’ to major roles in massive big-screen blockbusters like ‘Creed’ and ‘Black Panther,’ ‘Michael B. Jordan is without a doubt one of Hollywood’s most versatile and successful actors. We caught up with Jordan recently to ask him a few questions about his life and career.

1. You joined the Rocky canon by playing Apollo Creed’s son in Creed. What was it like to star alongside Sylvester Stallone in the newest installment of his legendary franchise?

The best part was getting to watch Sly work every day because, even at this age, he’s still such a creative force. Well after everything was already written and we were deep into filming, he’d still be yelling out commands on set like, “Rocky is going to be blind in this next scene, and we’ll connect the dots later,” or, “Rocky has triplet sons in this part of the movie, and we will CGI them in tonight.” I mean, the guy’s 71 and he’s still out here working harder than anybody. It’s pretty inspiring, and I just hope that I’m like that when I’m his age.

2. Did Sylvester Stallone give you any acting advice while you were filming Creed?

Absolutely. Every day before shooting a scene, Stallone would take me to the Rocky statue in Philadelphia and say, “That’s me. I’m that statue. I did a movie where I pretended to punch people, and they turned me into a statue. And one day, if you do a good enough job at acting, you too will become a statue.” I guess if I could sum up his advice to me, it was, “If you do a good job at acting, you will turn into a statue.”

3. Now that it’s been a few years since you starred in the 2015 Fantastic Four flop, what are your thoughts on it looking back?

I don’t want to throw anybody under the bus, but I had a feeling that we were in trouble when I realized that the studio wasn’t going to use my idea for the plot, which was that The Thing finally tells everyone that he has gold buried deep beneath his rock flesh and the rest of the Fantastic Four beg him to let them kill him for it. The plot that the studio went with just didn’t resonate with audiences, and I’m positive that mine had the twists and turns, the love and betrayal that could’ve made the film really special—plus it had a very emotional scene where The Thing swallows a box of dynamite and says to his friends, “Get ready for me to blast apart into a shower of gold.” I know in my heart that a scene like that would have won audiences over and made the film a success.

4. You play the villainous Erik Killmonger in the upcoming Black Panther movie. What was that like?

It was fascinating because it taught me that the difference between a superhero and a supervillain is the way that they react when a building catches on fire. When a superhero like Black Panther sees a building on fire, his job is to stand outside of it doing karate until the fire department shows up. When a supervillain like Erik Killmonger sees a building on fire, his job is to run to his house, grab his big bag of stolen sneakers, and throw it into the burning building so that innocent people’s shoes get destroyed. These polar-opposite attitudes toward fire are what separates good from evil.

5. You’ve been able to make a name for yourself in both television and film. Do you prefer one over the other?

I prefer movies because the giant movie screens make me look much larger than I actually am. This means if someone wanted to kill me, but then saw me in one of my movies, they would say, “I cannot kill him. He is enormous.”