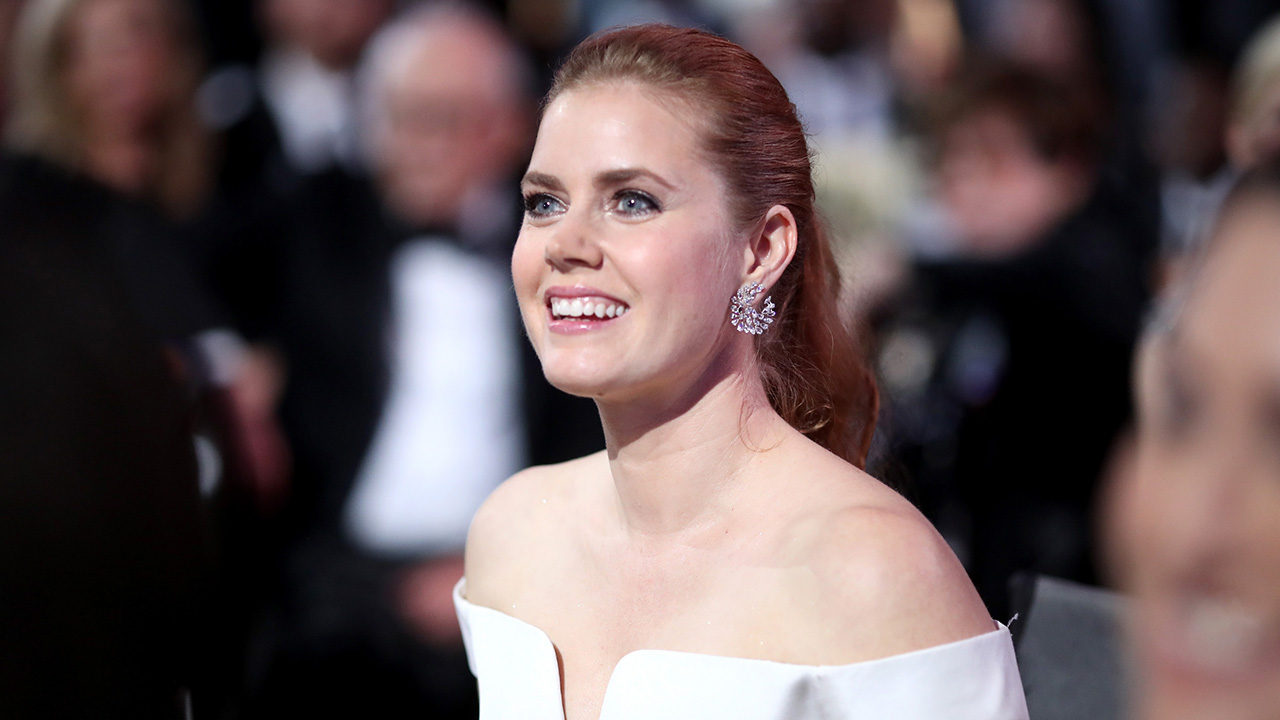 With five Academy Award nominations under her belt already, Amy Adams is quickly establishing herself as one of her generation’s finest actresses. Now, she’s turning to the TV landscape with HBO’s ‘Sharp Objects,’ a psychological thriller that’s receiving rave reviews for its slow-burn pace and Adams’ performance. We sat down with Amy to talk about the beginnings of her career and sexism in Hollywood.

1. Your first major role was being directed by Steven Spielberg opposite Leonardo DiCaprio in Catch Me If You Can. Was it intimidating working with such big names right out of the gate?

Being so fresh in Hollywood I was really intimidated, so Steven and Leo constantly wore masks of my face on set so I’d feel more comfortable. They figured I’d be more laid-back around familiar faces, so they had special-effects artists scan my own face and make these incredibly realistic masks of it. They had to digitally remove Leo’s Amy Adams mask during post production, which was very expensive, so it was really sweet that they went through all that trouble for me. To be honest, I actually preferred the film before they replaced Leo’s Amy Adams head with his real one.

2. What would you say has been your most challenging performance?

Probably my role as Joaquin Phoenix’s friend Amy in Her. They had Joaquin in these wildly nerdy high-waisted pants for pretty much the whole movie, and I apparently broke character anytime I caught even a glimpse of these pants to give him a swirly. I don’t even remember any of it to be honest. I’d just wake up next to a toilet and a sopping-wet Joaquin, and everyone else would be shouting at me not to look at his dork-ass pants next time. Taming the meathead jock inside me truly took an emotional toll on me over the course of making Her.

3. You’ve joked about how frequently people confuse you with Isla Fisher. Is that still a problem for you two?

That does happen, but the larger problem is that Danny Bonaduce gets mistaken for both Isla Fisher and myself far more often than Isla and I get confused for each other. In fact, Danny Bonaduce got both of our roles in Nocturnal Animals before the casting department realized he wasn’t actually either Isla Fisher or me. It can get annoying, but you’ve got to have a thick skin in this line of work.

4. Would you say that sexism in Hollywood is still costing actresses roles?

Sexism in Hollywood is going to continue to be the norm until every movie is required to have some character named Doreen. There’s just no way anyone but a woman over 40 could play that part.

5. Do you ever have desires to break away from acting and pursue other interests?