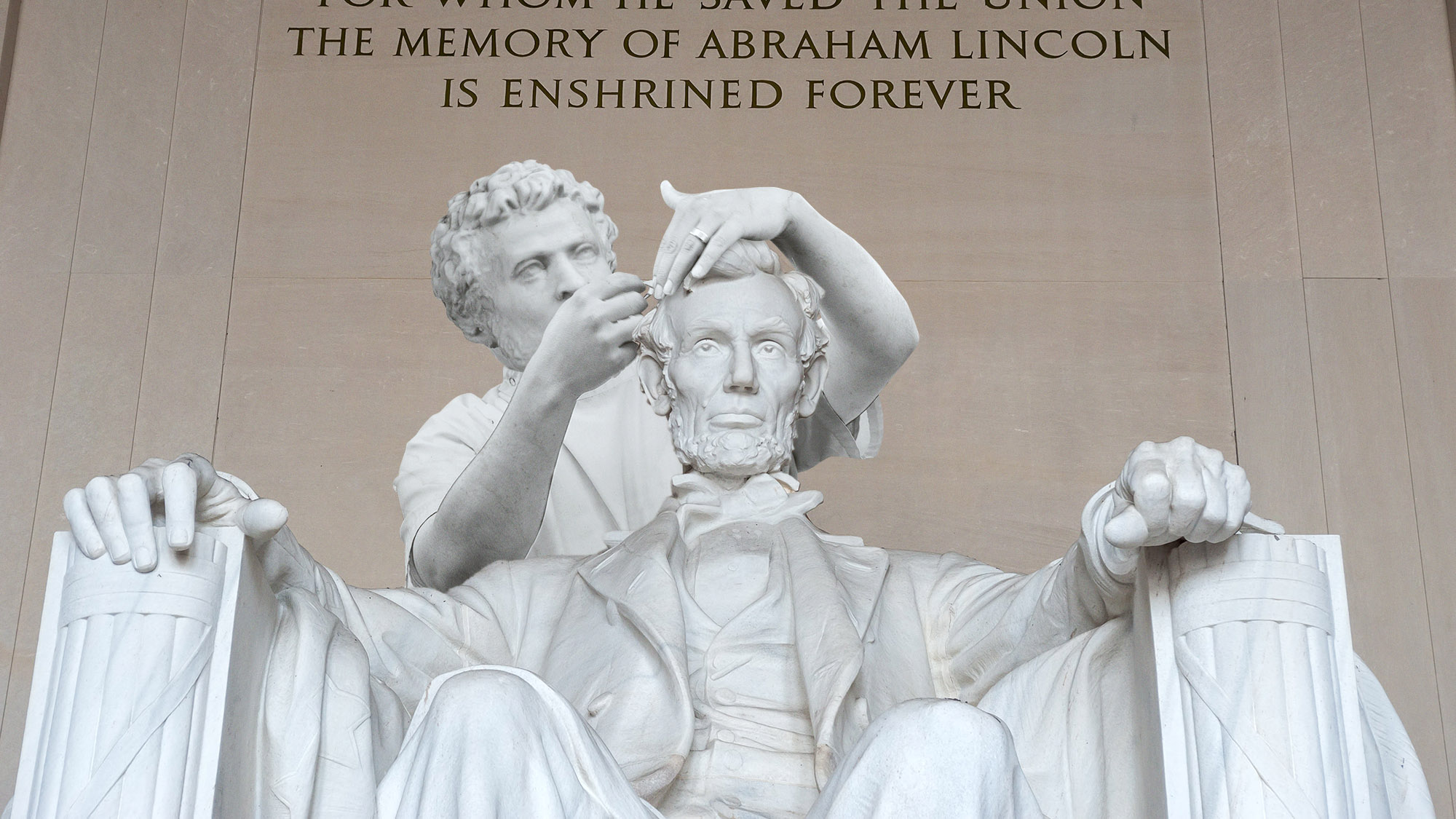 It’s a historic day in Washington, D.C., as an iconic American landmark has finally been completed after nearly a century of setbacks and delays. The U.S. government has finally finished constructing the 30-foot barber that’s cutting Lincoln’s hair in the Lincoln Memorial!

Awesome! It’s great to see one of our nation’s most revered heroes getting the complete tribute he deserves.

In the wake of Lincoln’s assassination in 1865, Congress passed a bill allocating funds for the erection of a marble statue depicting the slain president receiving a pretty good haircut from a competent barber. Crews began working on the monument immediately, but unfortunately, after the Lincoln portion of the statue was completed, construction of the barber portion was put on hold due to arguments between Democrats and Republicans over whether or not the man cutting Lincoln’s hair should be John Wilkes Booth. After decades of heated debate over the matter, President John F. Kennedy signed an executive order in 1962 decreeing that the man cutting Lincoln’s hair should be “just a normal barber with absolutely no frills.”

Following Kennedy’s order, construction of the barber statue finally began in earnest, and it seemed that the Lincoln Memorial would soon be officially complete. The original barber statue took 20 years to build and cost an estimated $300 million, and four workers died during its construction. Unfortunately, once the statue was completed, people realized that the barber was 250 feet tall while Lincoln was a mere 19 feet tall, making it look like the barber was a giant who was bending over to cut the hair of a tiny little baby-man. Upon realizing this critical error, the barber statue was then demolished and construction of a new, smaller barber began.

And now, after decades of waiting, the American people can finally visit the completed Lincoln Memorial and see what it would have been like if Abraham Lincoln received a haircut from a normal barber.

“For so many years, the Lincoln Memorial looked incomplete because Abraham Lincoln was just sitting in that chair for no reason, like an idiot,” said Dan Smith, director of the National Parks Service, at a grand unveiling of the completed monument this morning. “At long last, the barber who is giving him a haircut is complete and visitors to the memorial will be able to watch the emotional scene of one of our nation’s greatest presidents receiving a trim.”

This is absolutely wonderful news! Lincoln finally has a tribute that appropriately honors his legacy, and the American people now have a monument to civil rights and equality that they can be proud of instead of a half-finished eyesore that no one can make heads or tails of.