‘Cory Booker Would Be A Good President If He Stopped Claiming The Attack On Pearl Harbor As His Finest Achievement’: 5 Questions With Sen. Kirsten Gillibrand 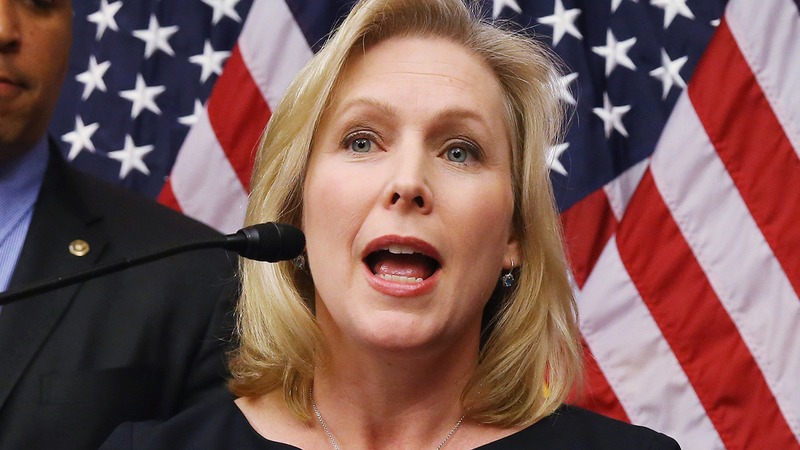 As the Democratic Party forms a plan for taking back the White House in 2020, Kirsten Gillibrand’s name keeps popping up on lists of potential candidates, and not without reason. The New York senator and Hillary Clinton mentee appears to be steadily positioning herself for a presidential run against other hopefuls like Cory Booker and Kamala Harris, and by the looks of it, she may just be on a trajectory to nab the nomination. We sat down with Senator Gillibrand to discuss the evolution of her political platform.

1. Hillary Clinton’s had a crucial influence on your political career, even before you took over her Senate seat in 2009. Can you describe your relationship with her?

2. You used to work as a defense attorney for Philip Morris, a part of your career that remains controversial to this day. What drove you to abandon law and become involved in politics?

3. Back when you were a House representative, you had far more conservative stances and even boasted an A grade from the NRA. Your NRA grade has since become an F. What’s another issue where you feel your own personal viewpoint has evolved over time?

When I started out in the House of Representatives, I was convinced that David Blaine would not be able to survive 20 minutes straightjacketed in a tank of ice water containing six live electric eels. As I gained experience, however, I came to see that the ice would sedate the eels and lower his metabolic rate enough to make the stunt doable. Of course this alienated some of my supporters who felt the eels would zap him to death and eat him, but there are some convictions you just can’t compromise on.

4. You won your reelection in 2012 with a historic 72 percent of the vote. How did you pull that off?

I simply listened to the voters. My opponent was running on an ill-conceived platform of Cartesian dualism, but after hitting the campaign trail and talking to folks, I realized that most New York residents were more receptive to a form of absolute idealism that had been slightly tweaked from the Hegelian model. So that’s the platform I ran and won on by 22 percent. The people knew they’d been heard.

5. You’ve previously said you’re ruling out a presidential run in 2020, though that hasn’t stopped colleagues like Sen. Cory Booker from touting you as a top Democratic prospect for the next election cycle. Do you think Cory Booker would make a good president?

I think Cory Booker would make for a good president if he stopped claiming the bombing of Pearl Harbor as his finest achievement. First of all, Cory Booker did not do Pearl Harbor. That was the Japanese. Furthermore, nearly 2,500 Americans died at Pearl Harbor that day, which is not the kind of thing people like to hear the president brag about being responsible for. I’ve told him over and over again, “Cory, that’s not something you should say. It’s a lie, and it’s a lie that does not paint you in a very positive light. Also, you were born in 1969.” He refuses to listen. Just the other day, Sen. Booker rolled up to the Capitol in a campaign bus bearing the slogan “Booker 2020: The Only Candidate Who Willed The Attack On Pearl Harbor With His Mind And Is Willing To Do It Again And Again Whether He Wins Or Not.” I wish him the best, but I don’t think he’s got any shot at the White House if that’s his political message.