Culture Shock: Everything You Need To Know About ‘Stranger Things’ 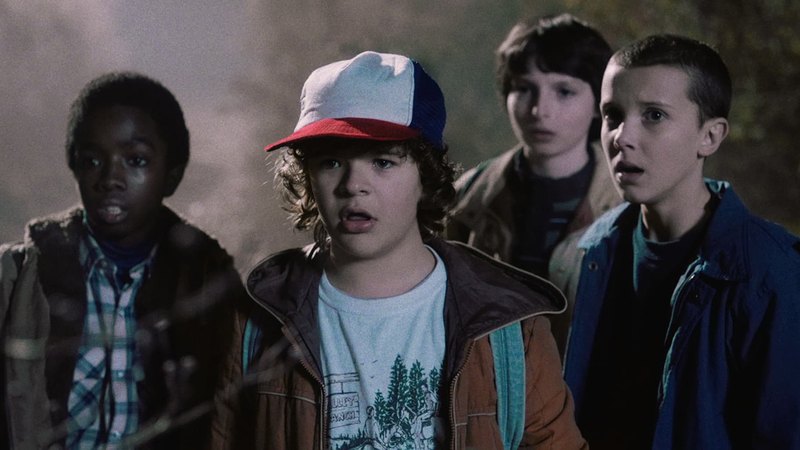 Season two of ‘Stranger Things’ hits Netflix this week, and if you’ve never seen the show before, now’s the perfect time to get all caught up on the sci-fi phenomenon. Here’s everything you need to know about ‘Stranger Things’ to get ready for some brand-new episodes!

The show’s creators, the Duffer Brothers, met each other on the first day of shooting Stranger Things and quickly became close friends: While Netflix executives were originally wary of hiring two complete strangers to collaborate on a high-profile show, any lingering doubts were quickly put to rest when the two Duffer brothers shook hands for the first time on set and instantly bonded over their shared love of ’80s pop culture and their identical appearances.

The Duffer Brothers modeled the bleak, desolate Upside Down world after the traumatic memories of when they were together in their mother’s womb trying to kill each other: Stranger Things is filled with nods to many of the ’80s touchstones of the Duffer Brothers’ childhoods, including the hellish Upside Down nether realm, which is a sly nod to the prenatal hellscape where the two brothers tried to murder each other inside their mother’s womb.

To get in the role of a mother who lost her son, Winona Ryder bought a male rabbit and immediately left him at a Wendy’s: Ever wonder how Winona Ryder delivers such a convincing performance as the mother of Will, the boy who gets lost in the nightmarish Upside Down and gets hunted by a terrifying monster? It’s because prior to filming, she bought a rabbit, left it at Wendy’s, and spent hours every day wandering around the show’s set sobbing about how her small hare son was eaten by a monster at Wendy’s. This helped her get into the mindset of a panicking mother and allowed her to turn in a command performance for the show.

The design of the show’s monstrous Demogorgon is based on the widely despised Duffer Sister: The Duffer Sister is widely hated and is perhaps the worst person in the world. The Duffer Brothers based the horrible Demogorgon monster that hunts the children of Stranger Things on their very terrible sister who everyone hates.