Devastating: Anthony Hopkins’ Family Has Announced That He Only Has One Night Left Before The Spell Wears Off And He Turns Back Into A Gourd 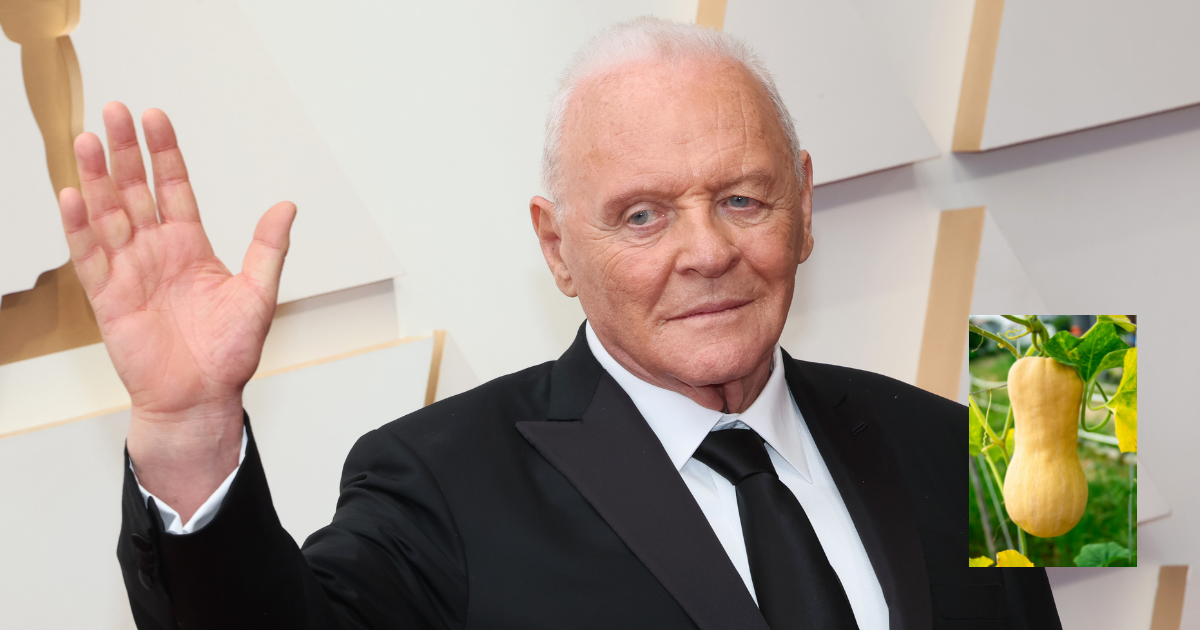 Get ready for some absolutely heartbreaking news. It turns out one of the most beloved actors of all time will not be with us for much longer: Anthony Hopkins’ family has announced that he only has one night left before the spell wears off and he turns back into a gourd.

This is so terrible. We’ll always have his movies, but it’s depressing to think Sir Anthony Hopkins never grace the screen in his human form ever again!

In a statement to the press, the family of renowned actor and enchanted gourd Anthony Hopkins revealed that tonight marks the very final evening that he will walk the Earth as a man, and at the stroke of midnight, he is due to transform back into the butternut squash he was born as in a Welsh country garden. According to the statement, the 84 year-old Academy Award-winner remains in high spirits, as he’s known that he’d inevitably return to his gourd form since the moment a witch’s spell turned him into a real living boy back in his younger years, which were largely spent in the soil, doing nothing, for months at a time, until the hex blessed him with a human body that enabled him to crawl out of the dirt and study the performing arts at the Royal Welsh College Of Music And Drama.

Hopkins is reportedly grateful to the witch, Eglantine, whom Hopkins has not seen or heard from since, for letting him know the exact time and date of his reversion back to gourd form, “for it allowed him to not just emotionally prepare for his return to gourd-dom, but also incentivized him to take advantage of each and every moment he spent out of the soil.”

“While of course we’re mourning the impending re-vegetablification of our beloved Anthony, we are beyond comforted knowing that so few gourds can say they lived as fulfilling and joyful a life as he did,” the actor’s daughter, Abigail, wrote in the statement, which also revealed that once the spell finally wears off, Hopkins has requested to be placed back into the original garden he was grown in. “As the clock strikes twelve tonight, the body our father inhabited will vanish in a shimmer of sparkling light and once more become a squash, but his legacy will live on through the countless accomplishments he achieved during the time he spent not being a squash, such as being the very first former-and-future gourd to be knighted by the Queen of England, and being only the third once-and-future gourd to win a BAFTA award.”

Ugh, we are literally ugly crying right now! What a beautiful tribute to Sir Anthony!

“Most gourds blessed with the body of a human person choose to waste the duration of their spell-time on drinking, drugs, having sex with humans that resemble gourds, gambling, violent crime, or in many cases, working a boring day job for decades on end to support an unfulfilling home life, returning to their gourd form bitter, resentful, and full of regrets. But our Anthony was different. He did not choose such frivolities. He chose art, service, philanthropy, and beauty. We will miss him dearly, though not as much as he will miss the human friends he made along his marvelous detour from his existence as a squash.”

What a huge loss to the acting community. Without a doubt, Anthony Hopkins has served as a stellar example of how gourds can live if a witch uses magic to turn them into a human for some period of time. We were truly so fortunate to have witnessed him exist and make movies as a human, and wish him the best of luck as he becomes a butternut squash once more. Farewell, Sir Anthony!