Efficiency Win! The Dalai Lama Has Announced That His Dentist’s 30-Year-Old Son Is The Reincarnation of Him And Should Just Take Over As Dalai Lama After He Dies 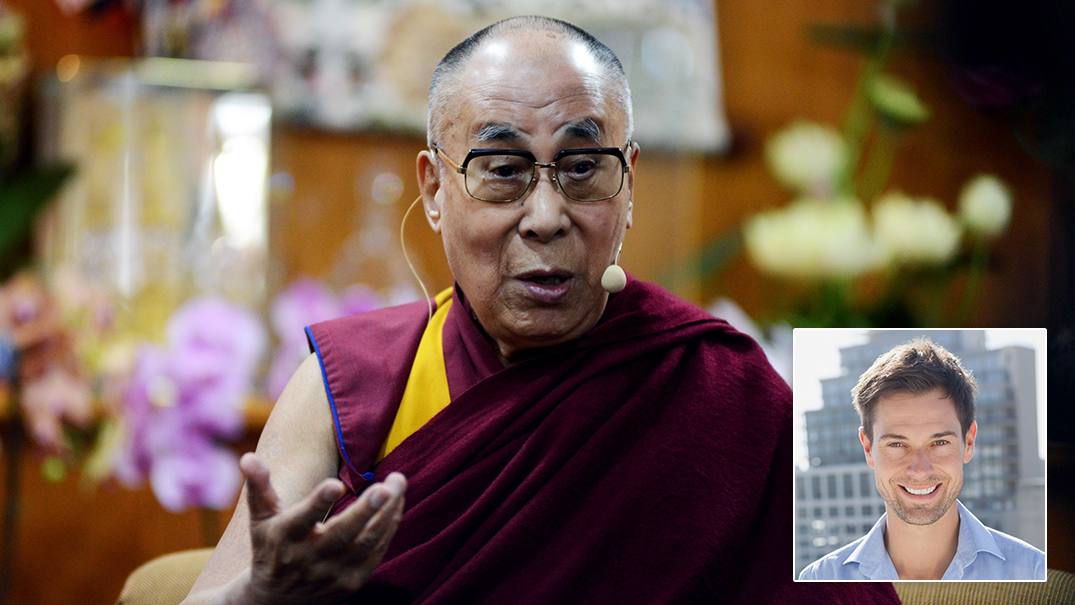 One of the world’s greatest spiritual leaders just made an incredible proclamation that is bound to save tons of time and make Buddhists all over the world stand up and cheer: The Dalai Lama has announced that his dentist’s 30-year-old son is the reincarnation of him and should just take over as Dalai Lama after he dies!

This is incredibly awesome! Usually, finding the reincarnation of the Dalai Lama requires Buddhist clerics to search throughout Tibet for up to four years in order to identify a child who can pass a series of tests to verify his identity as the reborn avatar of the spiritual leader, but now that the Dalai Lama has confirmed that he has already been reborn as the adult son of his dentist, the succession process won’t take any time at all!

The Dalai Lama said that he discovered the reborn version of himself during a visit to his dentist, Klaus Helmutt, DDS, for a routine teeth cleaning. During the visit, the dentist’s 30-year-old son Karl entered his father’s office and asked him if he could have $300 to buy a Nintendo Switch, at which point the Dalai Lama instantly identified him as the reincarnation of himself, and therefore his immediate successor after he dies.

“In the past, finding the reincarnation of the Dalai Lama has been an incredibly prolonged process, but I’m pleased to announce that I’ve already been reborn as my dentist’s boy, Karl Helmutt,” said the Dalai Lama in a statement. “My dentist’s boy is me, and that’s great. My soul is in his body and so when I die, that’s fine, because he’s already me and he should just become the Dalai Lama right away.”

The Dalai Lama went on to say that he realized that the 30-year-old Helmutt was the reincarnation of himself because he “smelled like me” and “knew where I kept my rake (in the garage),” both sure signs in his mind that the two of them were the same person, with one soul passed between two bodies.

This is completely amazing! Just when you thought the Dalai Lama couldn’t get any wiser, he goes out of his way to find his new middle-aged avatar way in advance. Kudos to him for making the process of appointing a new Dalai Lama as efficient and smooth as possible!