Everything You Need To Know About ‘Battlestar Galactica’ 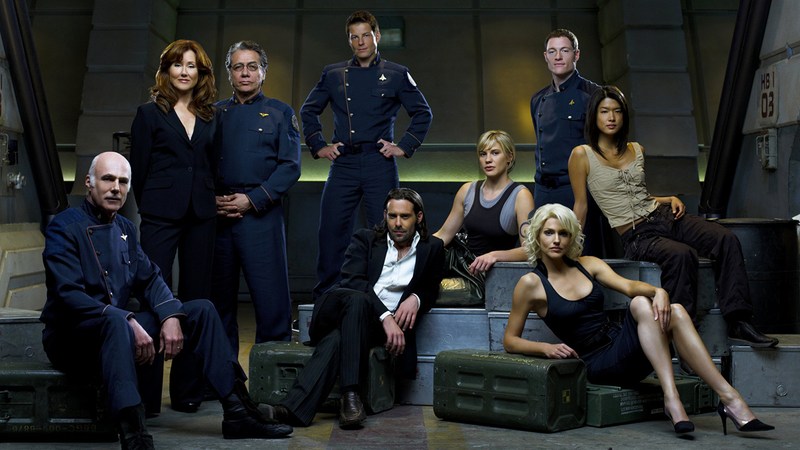 In 2004, Sci-Fi’s reboot of ‘Battlestar Galactica’ became a cult hit by combining action-packed sci-fi with insightful social commentary. Whether you’re a fan of the show or you’ve never seen an episode, here’s what you need to know about the groundbreaking television series.

The robotic Cylons want to exterminate humanity because they hate George W. Bush: Battlestar Galactica aired during the Bush administration’s war on terror, and included clever political allegories like having the Cylons really dislike George W. Bush. Throughout the series, Cylon centurions scream anti-Bush messages like “Bush lost the popular vote!” and “Buck fush!” whenever they attack human colonists.

Galactica is trying to find Earth so they can see a giraffe: At the start of the series, most of the Galactica’s crew doesn’t even believe that giraffes exist. The ancient legends of a very tall animal that is fun to look at are dismissed as mere myth. Before beginning the quest for giraffes, Commander Adama has to rally humanity with his inspirational “A Cow Is Not The Tallest Creature There Is” speech.

Humans can have sex with robots, but your junk is going to get a little pinched: The Cylons created humanoid robots to infiltrate mankind, and these replicas are so convincing that the only way to tell them apart from real humans is that robot genitals nip a bit. Sex with robots still feels pretty good, but you’re going to end up with a welt or two down there by the time you orgasm.

Kara “Starbuck” Thrace is an ace fighter pilot but is terrified she’s going to have to pay for all the gas she’s using: Starbuck became a fan-favorite character with her badass attitude and elite fighting skills, but displayed a softer side with her fears that someone was going to send her a bill for all the spaceship fuel. Before entering dogfights, Starbuck would always radio Galactica and ask, “Is the gas still free?” just to double check. Being afraid of getting a whopping jet-fuel bill was a trait that brought real depth and complexity to Starbuck’s character.

The show took a religious turn by having Jesus join the main cast in the final season: In the season-four episode “Fortunate Son,” Galactica encounters Jesus flying through space and invites him aboard for dinner. Commander Adama and Jesus get along so well that Christ asks to join the ship’s crew, and he puts his miraculous powers of healing to good use as chief medical officer. Fans are still divided whether it was a smart decision to explicitly show that Christ is real and has magic powers in an otherwise grounded show, but there’s no denying that Jesus is one of the most memorable sci-fi characters of all time.