Everything You Need To Know About ‘Sex And The City’ 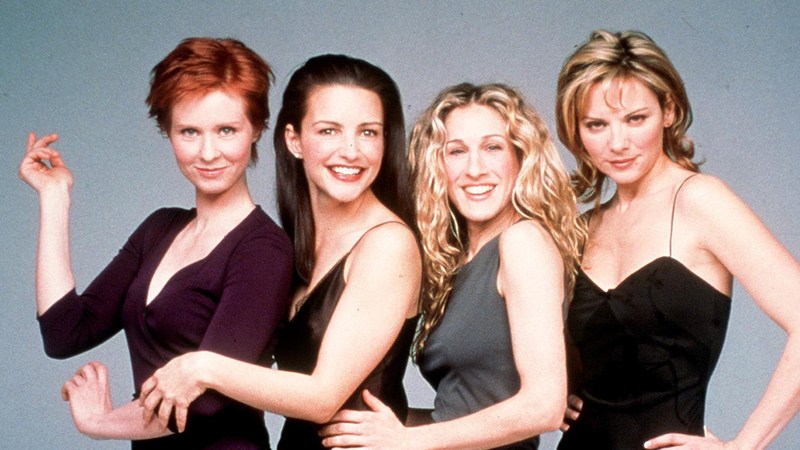 Carrie, Samantha, Charlotte, and Miranda have been charming audiences since Sex and the City premiered in 1998. The romances and relationships of these four women living it up in New York City are common pop culture knowledge, so here’s what you need to know to be in the loop.

The show takes place in New York City but was filmed in Ho Chi Minh City: With the cost of filming in NYC being sky-high, producers chose to save money and shoot the entire series in Vietnam. While sticklers criticize certain aspects of the show for not being authentically New York—such as Carrie’s office being in Ho Chi Minh City Hall and Miranda making a living selling live poultry at a street market—most fans are willing to suspend disbelief when it comes to the show’s location.

Each of the four main characters is married to one of The Beatles: Producers were originally uncertain they’d be able to pull off creating a show about four women who love to have sex with The Beatles, but the concept was saved when Paul, George, and Ringo all offered to star as themselves, with Julian Lennon portraying his father, John, as well. The show ended up becoming a big hit amongst Beatles fans, with the show’s soundtrack going double platinum thanks to several previously unreleased Beatles tracks.

Sarah Jessica Parker grew three extra toes for her role even though no one asked her to and a lot of people specifically asked her not to: As soon as she finished reading the pilot script, Parker purchased an old x-ray machine and began subjecting her feet to powerful bursts of radiation in an effort to truly embody the shoe-obsessed Carrie Bradshaw, who in Parker’s reasoning would need extra toes to keep all the shoes from falling off. Her efforts paid off: Producers promised her the role on the condition that she stop her experiments and destroy the machine along with all information that would allow someone to recreate the procedure.

Each episode features a scene where the four main characters clink cocktail glasses and say nothing for 10 minutes: Typically at the beginning of every episode, Carrie, Miranda, Charlotte, and Samantha will silently stare at the table and sip their drinks for a third of the show before a waiter asks if he can bring the check. In several episodes, they clink their glasses and then smile at each other for the rest of the episode, but for most of the series they just avoid eye contact and sigh.

Mr. Big was supposed to die at the end of season one when New York City is annihilated by a giant asteroid: The original plan for the first season was to generate drama by killing Carrie’s love interest when an asteroid the size of Colorado obliterates Manhattan and most of the American Northeast. However, fans were so drawn to Chris Noth’s charisma and undeniable chemistry with Sarah Jessica Parker that the writers kept him around by redirecting the asteroid to Germany instead, where it killed the heartthrob backpacker Carrie would have met in season two.