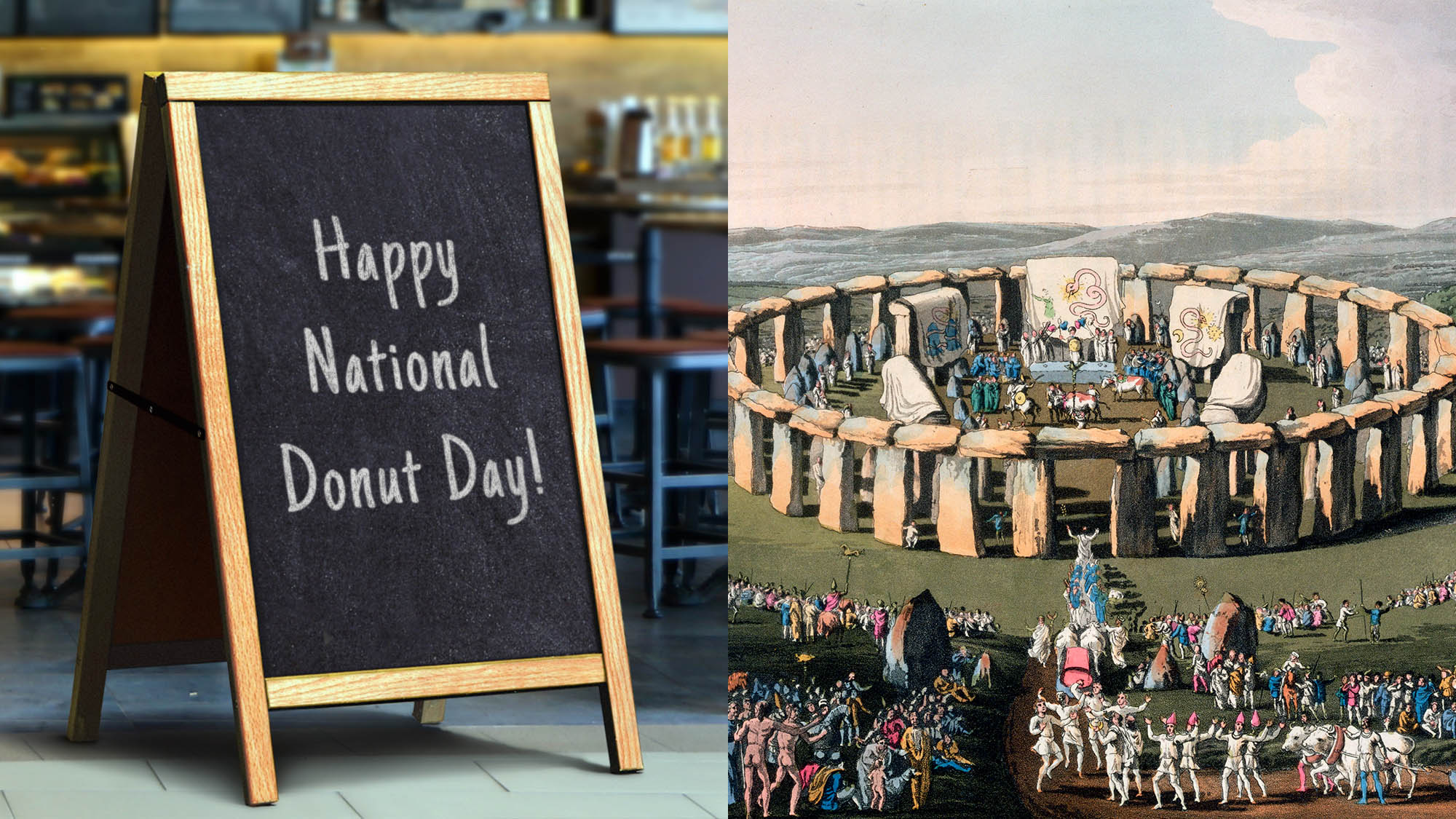 History buffs, get excited, because researchers have just uncovered some fascinating insights into the origins of a beloved American tradition: Anthropologists have determined that our modern-day National Doughnut Day celebrations were adapted from ancient doughnut-based ceremonies observed by early pagan cultures.

It seems like every week, social media is flooded with photos of delectable-looking treats posted in recognition of fun pseudo-holidays like National Coffee Day, National Burrito Day, and National Margarita Day, but few seem to understand why we have these celebrations in the first place. Yet thanks to anthropologists at Boston University, we now know that many of these traditions are rooted in ancient pagan rituals from before the spread of Christianity—particularly National Doughnut Day, which the researchers believe evolved from a 3,000-year-old Anglo-Teutonic festival known as the Rondentreatedæg.

For those unfamiliar, Rondentreatedæg was an annual pre-Christian holiday in which pagan societies honored the fertility goddess Frija with a weeklong bacchanalia of sex, drinking, and blood sacrifice. This holiday had no connection to doughnuts whatsoever, other than the fact that round, cake-like treats were customarily served at its meals. But this ritual eventually developed into the Feaste Of The Doenut, a harvest celebration around the autumnal equinox observed in Nordic countries in the ninth century. This yearly feast became popular in England and eventually traveled to America with European settlers, whose influence helped shape it into the National Doughnut Day we now know and love.

The B.U. researchers say that while many Americans would prefer to believe that National Doughnut Day began as a way for doughnut lovers to profess their affinity for the fried sweets, it was actually non-doughnut eaters whose festivities inspired the free-doughnut giveaways and doughnut-related Instagram posts we’ve come to expect from National Doughnut Day. In fact, the group’s preliminary research into ancient Babylonian customs suggests that the iconic National Doughnut Day image of a free doughnut may come from the belief that Babylonian sky god Marduk would bestow bread onto those who visited his statue during the festival celebrating the new year.

These findings definitely bring a lot of new depth to National Doughnut Day. Now next time the holiday rolls around, you’ll be able to indulge in all the doughnuts you want guilt-free knowing that you’re actually just doing your part to preserve a rich and storied cultural tradition that’s been passed down from our ancestors. Truly, it does not get any sweeter than that.