‘I Chew On My Mouth Guard As A Nod To Secretariat’: 5 Questions With Steph Curry 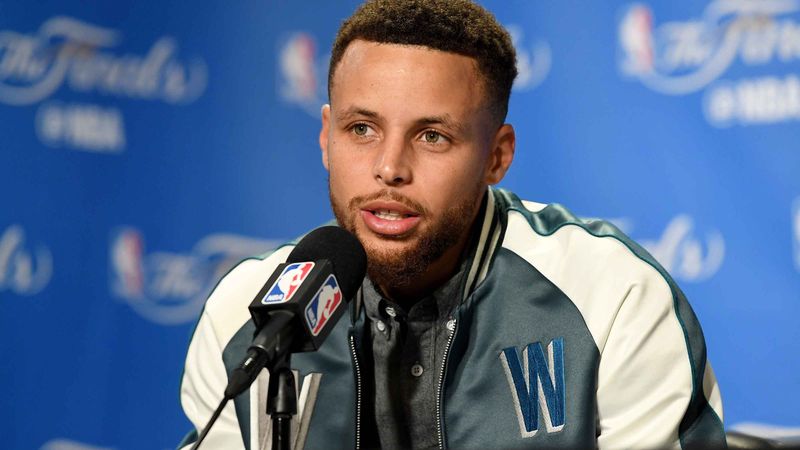 Fresh off the 2017 NBA season, Steph Curry has just had his most successful year yet, leading the Golden State Warriors to a national championship victory against their greatest rivals, the Cleveland Cavaliers, in a brutal 4-1 defeat. Despite his unrelenting schedule, the league’s most feared three-point shooter generously agreed to sit down with us and answer five questions we had about about basketball, life, and family.

1. You just won the NBA national championship with the Golden State Warriors. What was the main difference between this year and last year, when you lost?

The main difference this year and last year was that Kevin Durant was on our team. Kevin was especially important during this year’s championship because everyone on the Cavs thought he still played for OKC. LeBron would see Kevin on our team and immediately go to the ref and ask him to put KD back on a plane to Oklahoma. But by then, we had already run the score board up 15, 20 points, and there was nothing they could do to recover.

2. How has your 4-year-old daughter, Riley, been taking all this excitement? That must be so fun for her to watch.

Oh, man, she gets really into it! Just last week, actually, [my wife] Ayesha and I caught her cyberbullying Kevin Love via several coordinated attacks on Facebook. We traced her name to a number of phishing schemes designed to hack his account, as well as Facebook groups that accuse him of being a Make-A-Wish kid with a serious growth hormone disorder. Whenever we try to get a hold of her iPad, though, she chucks it in the toilet. I guess we’ll never know how deep that goes.

3. You famously chew your mouth guard throughout games, before and after shots. Does that help you keep your head clear and your mind focused?

No. It’s a nod to my favorite athlete of all time: Secretariat. I once tried to bring a carrot on the court to chew in his honor, but I got a technical.

4. How do you keep in shape for a grueling 82-game NBA season, let alone the 17 games you had in the playoffs?

It’s all about the resistance training. My trainer is the best in the game. To prep me for the finals, he would make me wear a 50-pound cast iron ring on my right hand to simulate the feeling of wearing an extremely heavy NBA championship ring at all times. When the actual finals rolled around, my hand felt light as a feather, and I could shoot threes all night. Compared to training, the diamonds on this puny 2017 championship ring feel like a joke.

5. What advice would you give to young basketball players hoping to make it?

Basically, if you want to make it in basketball or even have a shot at being in the NBA, start watching Seinfeld now. I started watching it when I was 14 years old, which is WAY too late to start watching that show, and there are so many episodes that I never managed to get through them all. It’s something that bothers me every time I’m on the court. If you start watching Seinfeld as a kid, you’ll finish before college—that’s the ideal situation.