‘I’d Like To Order A Scientific Investigation Into How Tugboats Can Move Boats That Are So Much Larger Than Them’: 5 Questions With Elizabeth Warren 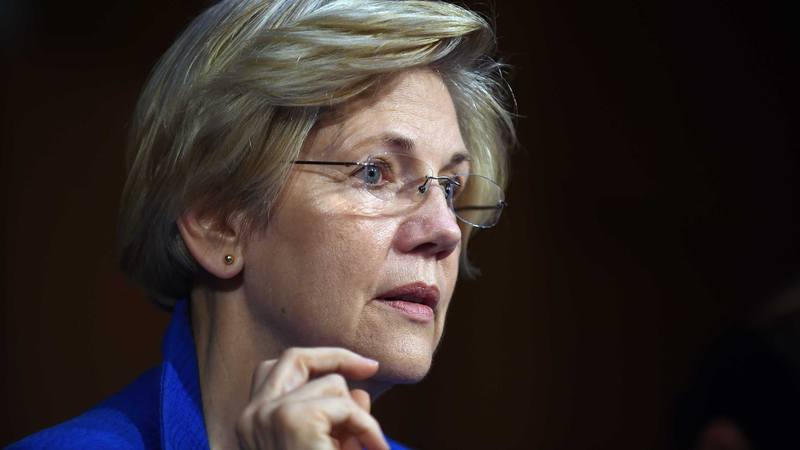 Massachusetts Senator Elizabeth Warren is well-known for being one of the leading voices in the Democratic Party and for rapidly gaining national prominence as a political adversary of President Donald Trump. We asked Senator Warren five questions about her life and career, and her answers are truly amazing.

1. Are you considering a presidential run?

I’m afraid I can’t answer that, but I will say this: My eye is winking very hard right now. My eye is winking furiously, and I’m opening the corner of my mouth a little bit when I do it because of the hard winks my eye is doing. I am also nodding very deeply and quickly and I am doing a thumbs-up, but unfortunately I can’t say right now whether or not I will be running. Even though I am now winking so hard with both eyes at the same time that you can hear the loud wink sounds my eyes are making a block away.

2. What legislative achievement are you most proud of?

In 2014, I co-sponsored a bill that required investment bankers to split the seats of their pants wide open every morning while bending over to pick up a penny. So whenever you’re walking down the street and you see a red-faced businessman trying to hide behind a potted plant while his patterned boxer shorts flap audibly in the breeze, you have me to thank for that.

3. What’s one big issue you’d like to address while in government?

I’d like to order a scientific investigation into how tugboats can move boats that are so much larger than them. Let’s face it, tugboats are pretty small when it comes down to it, compared to other boats, and yet you see them out there every day through your window pushing and pulling much larger ships around. And you see them in your dreams, haunting you with their inscrutable power. This is something we just simply don’t understand, and I think it’s important we find out.

4. Who do you consider to be your biggest rival in the Senate?

It has to be Shadow Warren. She has all of my moves and knows all of my strategies. Whatever I try, she matches me blow for blow and our hands wind up just glancing off of each other. Of course I have the utmost respect for the work she’s done for Dark Massachusetts, but nevertheless, my dream is to one day slaughter Shadow Warren on the Senate floor. But sadly I cannot destroy Shadow Warren without destroying myself in the process.

5. What has been your biggest political battle with President Trump?

President Trump and I strongly disagree on a wide range of political issues, but I think the most bitter conflict we ever had was over whether or not there should be a car shaped like a big hamburger. I strongly believe that there should be a huge car shaped like a massive hamburger with wheels shaped like pickles, but President Trump believes that hamburgers should always be small. President Trump said that if he ever saw a car shaped like a big hamburger, he would drop a nuclear bomb on it. I don’t think that’s a good idea, because it would ruin the amazing hamburger car. The car would only drive 5 miles per hour, and it would cost $1 million. Everyone would be required to buy one, and if you couldn’t afford a $1 million hamburger car, you would have to go to jail. This is my most deeply held political belief, and I will not let Donald Trump or any member of the Republican Party stop me from making it a reality.