‘I Draw A Dinosaur On The Stomach Of Every Pregnant Woman I See’: 5 Questions With Jeff Goldblum 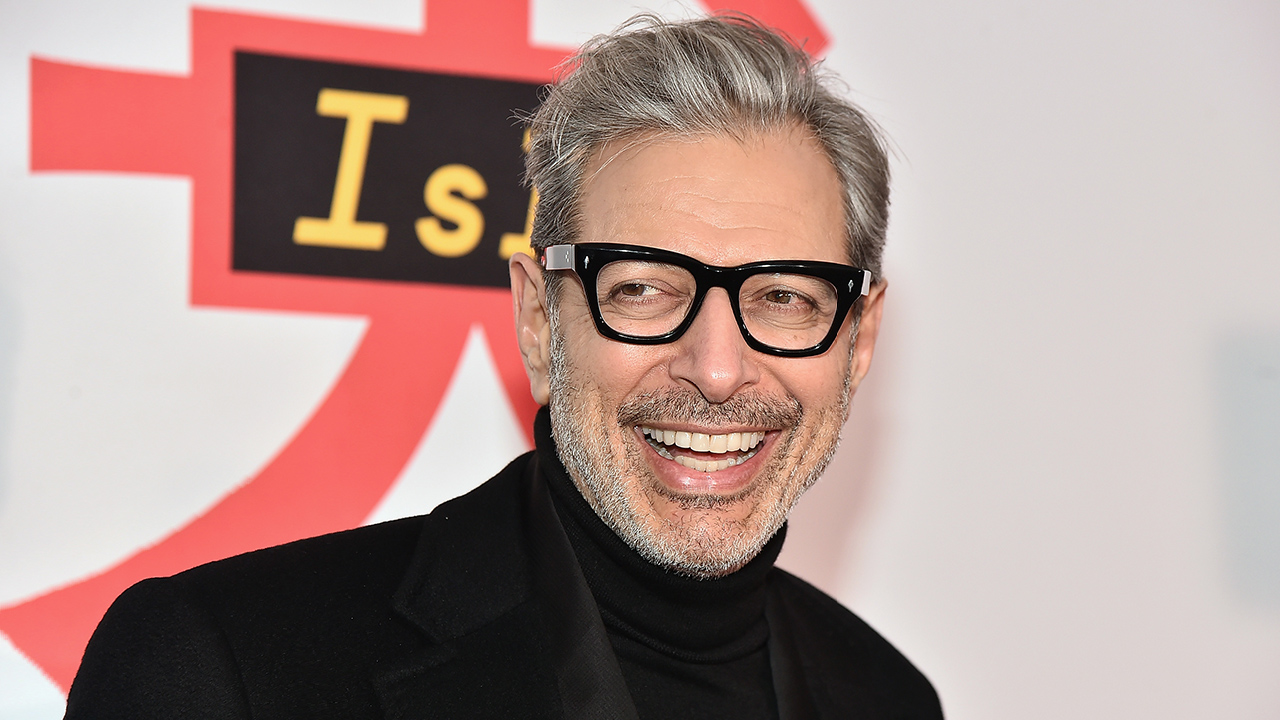 Jeff Goldblum’s own real-life personality is as large as any character he’s played in a movie or TV show. From older classics like The Fly and Jurassic Park to recent roles in more arthouse and comedic projects, Goldblum’s onscreen presence never fails to ooze a wholly singular charisma that has kept audiences in love with him for decades now. We sat down with the veteran actor to talk about returning to the Jurassic Park franchise for this summer’s Jurassic World: Fallen Kingdom and being a new parent in his 60s.

1. What was it like to return to the Jurassic Park franchise after more than 20 years?

It was such a treat to passive-aggressively destroy a young director’s confidence by subtly comparing him to Steven Spielberg. I’d say things like, “I love that you’re taking the established mega-blockbuster made famous by visionary director Steven Spielberg and doing everything the opposite of how he did it. It’s brilliant,” or I’d tell him the Indoraptors reminded me of a concept sketch Steven crumpled up and threw in the garbage because he thought they looked stupid. Or sometimes I’d just look at his camera placement and kind of furrow my brow. J.A. Bayona was a twitching wreck by the end of filming.

2. How has it compared to working on the original Jurassic Park films?

I’m happy to be involved, but I’ve honestly been pretty unsatisfied with the dialogue they wrote for my character. It feels like the writers are trying really hard to give me another catchphrase like “Life finds a way” so they can merchandise it, but since they don’t know which line will stick, they’ve made my entire dialogue possible catchphrases. So whether I’m randomly chiming in to say, “Dinos don’t usually dance, but they do have four legs, so let’s play it safe and not sing them a song,” or, “Life, it has a funny little way of kissing your ass right before a dinosaur comes into the cafeteria,” or “I have a strong hunch that when these dinos were born, they were already pregnant with more dinos,” I don’t really add much to the plot.

3. Are you actually a dinosaur enthusiast?

Oh, big time. I draw a dinosaur on the stomach of practically every pregnant woman I see. I check underneath most cars for dinosaurs. I’m a total dino nut.

4. How do you keep the work fun after all these years?

I’m a bit of a prankster on set. My big prank is that I’ll bring a big vat of soup to the set and everybody there will think I brought it to share, but then I consume the entire thing in one sitting in front of everyone. I’ll then laugh and tell them they’ve just been had by the one and only Jeff Goldblum. I do this every other day or so, just to keep things light.

5. You recently became a father for the first time in your mid-60s. How do you feel about being a dad later in life?

I’m really excited to be such an old dad because I want my kids to stand out from the crowd, and kids with old parents are always so weird that it’s impossible not to notice them. They’re always wildly bad at sports but in a specific way where it seems like they’ve only run outside, like, three times tops. They have a tough time talking to other kids because the only TV shows they watch are those old-ass ones like Kolchak: The Night Stalker, or whatever plays on that Ion channel, instead of something regular like SpongeBob. They don’t like normal little-kid foods because their parents only ever have old-people food in the house, like peanut brittle or Altoids. So I’m hopeful that my age will help separate my kids from the pack.