‘I Had To Squeeze My Testicles Between Two Cinderblocks To Get Angry Enough To Write “Lose Yourself”’: 5 Questions With Eminem 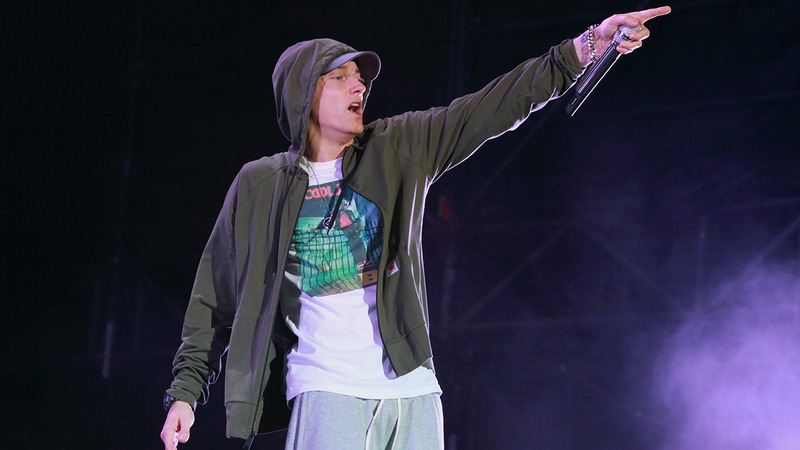 Marshall Bruce Mathers III, more commonly known as Eminem, is a critically acclaimed American rapper who’s recognized around the globe for his distinctive rapping style and numerous chart-topping hits. Fortunately, the rap legend was kind enough to answer five questions for us about his life as one of the greatest rappers to ever live.

1. What’s your writing process like when you’re coming up with a new song?

Every time I sit down to write a new song, I have to make sure I’m angrier than I’ve ever been in my entire life, and the only way to do that is by crushing my testicles. I had to squeeze my testicles between two cinderblocks to get angry enough to write “Lose Yourself,” and I did have to go to the hospital afterwards, but it was worth it. That’s a great song.

2. You recently took down Donald Trump in a blistering freestyle rap you debuted at the BET Awards. How important do you think it is for hip-hop to have a role in politics?

I think it’s incredibly important. I mainly released that Donald Trump rap because I want my representatives to take me seriously when I ask them if I can legally murder this clown Ryan Hendricks for calling me slow when I was in the third grade. I sincerely hope that before they go saying things like “Murder is illegal even if someone does call you slow,” they’ll remember how I stood up to Trump by calling him a bitch and stuff. I have trust in my elected officials to make the right decision when the time comes.

3. What was it like to be discovered by Dr. Dre?

It was incredible. I was signed by Dr. Dre back in 1996, which was the same year Tupac died. After Tupac’s death, I made sure to take some time every day to go sit on Tupac’s dead body to pay my respects. One day, while I was sitting on the belly of Tupac’s rotting corpse thinking about how much I was going to miss listening to Tupac rapping about being alive, I turned around and saw Dr. Dre sitting right on Tupac’s head eating buffalo wings. I asked him why he was sitting on Tupac’s dead body eating buffalo wings, and I’ll never forget what he said: “I’m going to sign you to a record deal right now for no reason whatsoever.” After that, everything started falling into place.

4. You almost died from a methadone overdose back in 2007. How did that shape you as an artist?

5. You’re from the city of Detroit and have made it very clear that you have nothing but love for your hometown. What is it about Detroit that makes you love it so much?