‘I Have A Professional Murderer Who Murders My Twitter Trolls’: 5 Questions With Chrissy Teigen 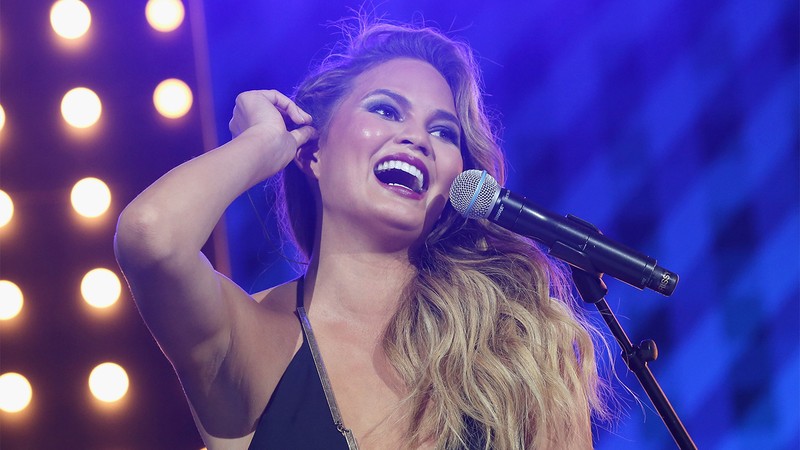 As if being one of the most beautiful women on the planet weren’t enough, Chrissy Teigen is also a wickedly funny social media personality and burgeoning entertainment mogul to boot. We sat down with her to talk about everything from modeling, dealing with Twitter trolls, and her marriage to John Legend.

1. You’re not only one of the world’s most famous models, but also a successful TV host, cookbook author, fashion designer, and mother. What’s the secret to your success?

Everything I am today is because of my grandmother. She’d get up every day at the crack of dawn to go work four high-profile entertainment jobs—swimsuit modeling, cookbook authoring, fashion designing, and hosting a TV show with LL Cool J—and she’d do it without complaining. She didn’t have much, but what she lacked in money she made up for in love for her family and her husband, Grammy-winning singer-songwriter John Legend. My whole life has just been following her example, and I owe all my success to her.

2. You’ve hosted Lip Sync Battle on Spike TV since 2015. Have there ever been any great moments on the show that didn’t make it to air?

Nope. We actually shoot less footage than the length of the show, so they just loop a clip of me doing that freaky double-jointed thing with my thumb for about 10 minutes at the tail end of every episode.

3. What’s one major misconception people have about being a swimsuit model?

People assume you’re just getting paid to go to the beach and look pretty, but it’s so much more difficult than that. You’re holding poses for hours at a time in intense sunlight, and so many stressful things are happening just outside the camera’s frame. For instance, when we took my cover photo for Sports Illustrated, municipal workers were detonating a beached whale just to my left, and a husky kid on a boogie board kept beefing it just to my right. And making things even more stressful, Osama bin Laden’s corpse kept drifting near shore and bonking into me, and a family of stingrays was aggressively sucking the toenail polish off of my toes. So, yeah, not as easy as it looks.

4. How did you meet your husband, John Legend?

It was 2007 and I was browsing around in a Guitar Center when I spotted John playing Pearl Jam’s “Jeremy” on a display piano. I went up to him and said, “That sounds incredible,” and he said, “Thanks, that’s one of my songs.” And I said, “I’m pretty sure that’s ‘Jeremy’ by Pearl Jam,” and he responded, “I am also Pearl Jam.” At that moment, I knew he was the perfect man for me.

5. You get trolled a lot on Twitter. How do you handle it?

I have a professional murderer who murders those people for me.