‘I’m Running For Governor Of New York Because I’m Sick Of Seeing Rats Ride The Subway For Free’: 5 Questions With Cynthia Nixon 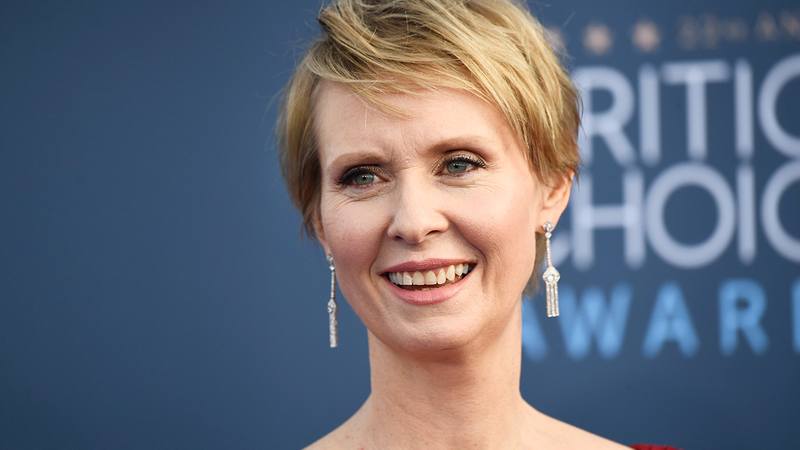 Cynthia Nixon may be best known for her role as the ever-practical Miranda on ‘Sex And The City,’ but these days she’s busy running for governor in New York state. We sat down with the star turned politician to ask about her television career, her campaign for office, and her qualms about the New York City subway.

1. What prompted your bid for governor of New York?

I was sick of seeing rats get to ride the subway for free. In my opinion, if they’re using the service, they should be paying their fair share. Now, I’m not unreasonable: Rats are much smaller than people and they don’t have money, so I’m proposing that they pay one chicken bone each per subway trip. The chicken bone can be picked clean or still have some meat on it, it can be a wing or a drumstick—doesn’t matter much to me. But they are going to have to deliver the bones directly to me, because I really want to tighten things up as far as rats-exploiting-the-subway-system is concerned. It’s something that has always infuriated me, and I finally said, “Enough is enough. I can sit here complaining, or I can actually do something about it.” So here I am, running for governor of New York.

2. What would be your first act as governor if you were elected?

That’s an easy one: I would order the execution of Mr. Met. The governor of New York is the only person in the world with the authority to make that order. And if I’m handed the absolute power to decide whether Mr. Met lives or dies, I’m going to use it.

3. A lot of people are saying that you’re not qualified to be the governor of New York because you spent most of your career in entertainment. What do you have to say to that?

I know that a lot of people out there only know me from playing Seinfeld on NBC’s hit sitcom Friends, but that doesn’t mean I don’t have an aptitude for politics. Sure, I spent a lot of years on TV playing a neurotic stand-up comedian who was friends with Ross and Rachel and Kramer and Ray Romano. But there’s no arguing with the fact that I was born and raised in New York, and I’m ready to use my fame to serve the people of this great state as best I can.

4. Your former co-star Sarah Jessica Parker just announced her endorsement of your gubernatorial campaign. How does that feel?

It’s absolutely incredible. For years, Sarah has been telling me, “I need you to become the governor of New York so the women who I see at the gym every week will stop bullying me for not being friends with the governor of New York.” Now I’m finally on my way to make both of our dreams a reality. If I become governor, Sarah will never get her yoga mat stuffed into a locker-room toilet for being a “no-name, not-friends-with-New-York’s-governor loser” again—and just knowing that inspires me to keep going.

5. Which Sex And The City character do you personally relate to the most?

In season three, episode six of Sex And The City, there’s a quick pan across a street in the West Village where you can see a man pressed up against the display window of a boutique mouthing the words “Computers have my respect.” I relate to that character on a deep level, because computers have always had my utmost respect. But in many ways, I’m also a bit of a Samantha.