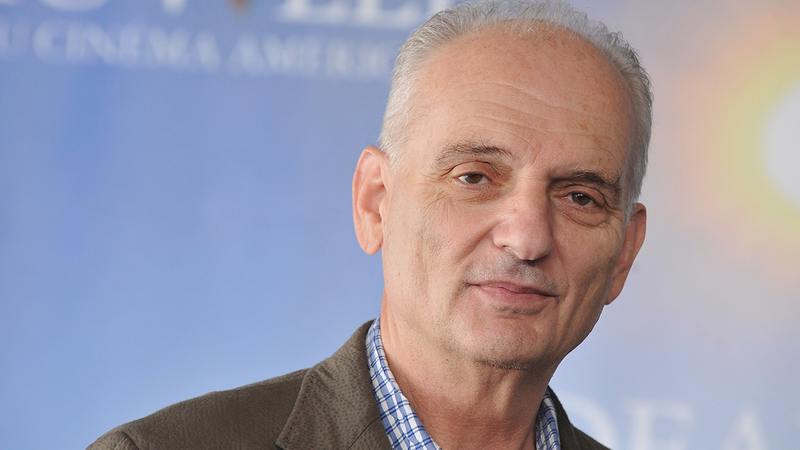 If you love The Sopranos, you owe a debt of gratitude to TV visionary David Chase. We asked the legendary showrunner five questions about his magnificent career, and his answers will blow you away.

1. When did you know James Gandolfini was right for the role of Tony Soprano?

I knew James was perfect to play Tony the moment I saw him. When we had our casting call, James came walking into the audition holding six scorching-hot New York strip steaks with his bare hands, stood in the front of the room, and intermittently took huge, ravenous bites out of the piping-hot slabs of meat the whole time he was there. He didn’t say a word, let alone read from the script. The room was dead silent for more than 20 minutes, except for his chewing and the boiling steak searing his skin. And you could tell he was in tremendous pain. I mean, these steaks had to be right off the grill, because you could see the steam coming off them, and he looked like he was going to lose consciousness any second from the third-degree burns. But somehow, James knew that this was exactly how I pictured Tony Soprano when I thought about the character every night before I went to bed. It was eerie how he knew exactly what I had in mind, but that’s what made him so great.

When we brought the show to HBO, they were only just starting to make original content, so they only had two programs: live footage of the New Year’s Eve ball in Times Square on every day of the year except New Year’s Eve, when they aired pornography. I remember when I pitched our show to them, they laughed in my face and said, “People will never watch a show about a man named Tony Soprano who is angry because he’s never seen a computer,” but that’s exactly what we made, and people couldn’t get enough of it.

3. What did you do to make the show feel authentically Italian?

Every person I’ve ever met in my entire life has been Italian. Every single one. I’ve read about all kinds of different people, and have seen them on TV. Jews, the Irish, Caribbean people. But I’ve never actually met somebody who wasn’t Italian, or even seen one in real life. What’s weird is that I would write characters with different ethnicities into The Sopranos, but when it was time for auditions, the only actors who would show up to the casting calls were more Italians, and they’d tell me they were there to audition for roles like “Bobby Pancakes” or “Silvio DeBeppeti.” I’d tell them they must be mistaken because I’ve never even heard of those characters, but lo and behold, when I’d go back and look at the script I wrote, there they were. Bobby Pancakes, Silvio DeBeppeti, Johnny Cowabungo—the list goes on and on. So having the show be so exclusively Italian wasn’t intended, but I think it worked overall.

4. Would you make any changes to The Sopranos if you could?

I never had Tony ride on a skateboard, and I think about that pretty often. What would that have been like for him? What if he was great at it? Could it have been just what he needed? Now we’ll never know, and it bothers me. I have this visual in my head of Tony riding on a skateboard from his house to the Bada Bing. He’s wearing his classic white robe and slippers, and he’s loving every second of it. When he gets to the Bing parking lot, all of his friends are outside cheering him on. He rides over to them, lands a perfect kick-flip, gets off his skateboard, and then beats a mailman to within an inch of his life. I’ve scribbled doodles of the scene onto countless napkins, and they’re all probably stored away somewhere in my desk.

5. What do you think of television shows today?

I had it written into my contract with HBO that after The Sopranos ended, no television networks would be allowed to make shows anymore. I fought very hard to have that included in my contract, and HBO granted it to me. I trusted that my contract would be honored, so after our finale aired, I immediately threw out every TV in my house. I haven’t heard of any shows since, but if I find out that there are people out there making original television, I will become incredibly violent.