‘I Want To Give The Mount Rushmore Presidents The Rippling Abs They’ve Always Deserved’: 5 Questions With Winona Ryder 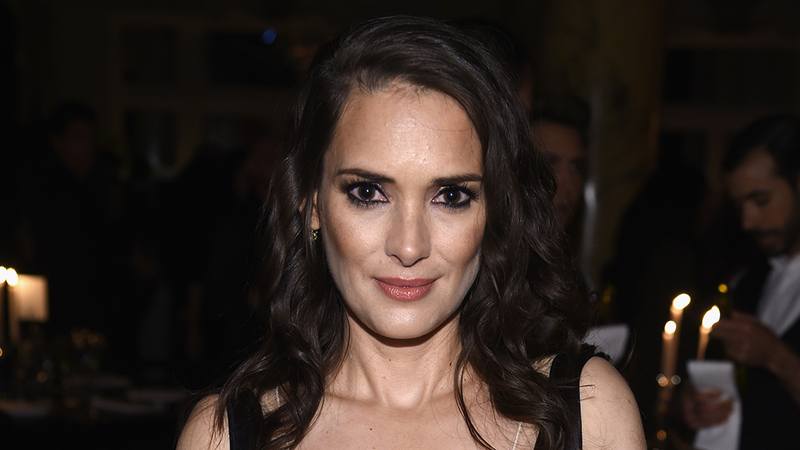 After an incredible career in the 1980s, including roles in ‘Heathers’ and ‘Edward Scissorhands,’ Winona Ryder temporarily retired from the spotlight—but now she’s back and better than ever with her role as Joyce Byers on Netflix’s ‘Stranger Things.’ The beloved Hollywood actress was kind enough to sit down with us and answer five questions about her past roles and her recent comeback.

1. This definitely goes back a ways, but what was it like working with Johnny Depp on Edward Scissorhands?

The whole premise of the movie was that Edward Scissorhands’ life was really difficult because he had scissors for hands, but it was sometimes hard for us actors to get into that headspace, because in actuality, it was amazing that Johnny Depp had scissors for hands. He’d walk around set giving free haircuts to everyone, and if anyone’s pants were too long, he’d be right there to hem them, absolutely free of charge. The best part, though, was when we got hungry. We’d all lie down in a row next to the craft services table with our mouths open, and Johnny would cut up the food with his scissor hands and drop it into our mouths, already in safe, bite-size pieces. Not a single cast or crew member choked to death on that set, which is a statistic I am very proud of and have yet to see repeated elsewhere in Hollywood.

2. Your character as Joyce Byers, and Stranger Things as a whole, has been such a phenomenon. How did you prepare for the role?

My character loses her son, Will, so to help myself get into that headspace, I adopted a child named Will and set him loose in the woods. Unfortunately, I hadn’t had enough time to truly forge a mother-son bond with the kid, so I still had difficulty getting into character after that. That’s when I took my dog to the groomer and had him groomed and dyed to look like he was a young boy wearing the Stranger Things actor’s signature plaid shirt and red-and-tan vest. It was only after I set my dog-that-looked-like-a-child loose in the woods that I was able to truly understand my character’s point of view, and I think the show really reflects that.

3. Has it been hard being back in the limelight after taking a hiatus from Hollywood?

It’s been an adjustment. Before I was in Stranger Things, people used to come up to me on the street and say, “Excuse me, ma’am, could you please take a picture of me with Winona Ryder’s husband?” But now they say, “Winona Ryder’s husband, could you please take a picture of that lady from that Netflix show and send it to the police?” I’m happy to be working again, but people can be so invasive.

4. Sorry to go back to this, but did Depp having scissors for hands affect your relationship at all when you were dating?

I don’t really like to talk about that part of my life, but no, not really. I’ve always dated men with scissors for hands, so it didn’t really feel any different.

5. You’ve obviously had an incredible year, but what’s next for Winona Ryder?

Once Stranger Things wraps, I’ll be driving cross-country to South Dakota with nothing but a chisel in my pocket to finally give the Mount Rushmore presidents the rippling abs they’ve always deserved. Then, hopefully, I’ll go to jail forever and one day die there.