‘I Wish I Had Invented Batman’: 5 Questions With Stan Lee 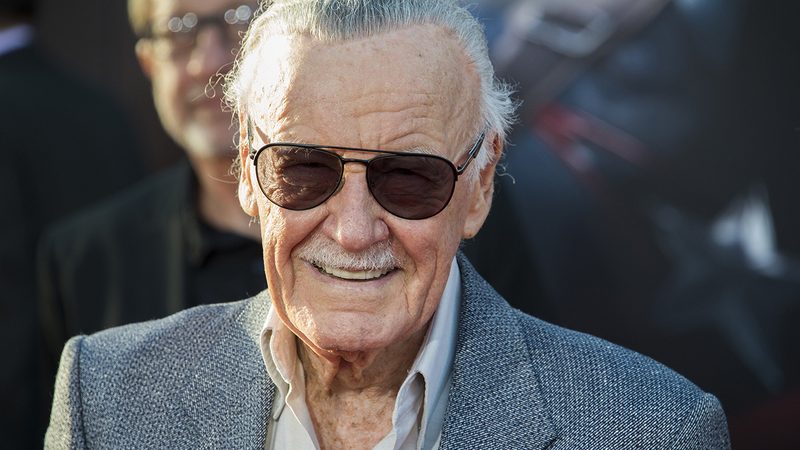 At the helm of Marvel Comics, Stan Lee is responsible for inventing some of the world’s most iconic superheroes and villains. We asked the comic-book visionary five questions about his legendary career, and his answers will blow you away.

1. Why did you want to write comic books?

“Growing up in New York City in the 1920s, the kids in my neighborhood entertained themselves by catching the subway down to Wall Street and watching stock brokers jump out of skyscrapers. It was so much fun to watch financiers gracefully tumble out of buildings, but when they hit the ground they exploded into meat and died, which was sad. I had a thought: ‘What if someone jumped off a building but instead of falling and dying, they flew and lived?’ I jotted down my idea, and that’s how I thought up my first superhero, Flying Stock Broker Who Doesn’t Commit Suicide.”

2. What was it like collaborating with artist Jack Kirby?

“I knew I wanted to publish comics, but I was too lazy to learn how to draw, so I had to find an artist that was dumb enough to agree to make my ideas instead of their own. Jack Kirby was the perfect patsy, a dull-eyed rube with incredible artistic talent and no common sense. I paid a visit to his house while eating a big chicken parm and offered him half if he agreed to be my art slave for the rest of his life. He immediately accepted the deal and scarfed down the half-sandwich. I never paid Jack anything after that chicken parm, and he never fully understood how raw that deal was for him, though he suspected. When Jack passed, I felt some guilt, so I gave half of a Sprite Zero I had been drinking to his widow. I know that’s what he would have wanted.”

3. Do you have a favorite superhero?

“My favorite hero without a doubt is Batman, because he drives a car shaped like a bat. I wish I had invented Batman, but instead I invented a bunch of terrible characters that don’t own cars shaped like bats. Iron Man flies around in a stupid suit. Spider-Man has dumb sticky ropes he swings around with, like a dope. The Hulk owns a car shaped like a bat, but he’s too big and green to fit inside of it. That’s the tragedy of the Hulk.”

4. With the blockbuster success of Marvel movies, what has it been like seeing your stories adapted to the silver screen?

“It’s very exciting that these films are getting made, but unfortunately I’ve never seen a Marvel movie because I’m banned from the movie theater for sneaking in outside food. My favorite snack is Stan’s Mega Mix, which is popcorn with mustard on it, and I used to sneak in a Ziploc bag full of Stan’s Mega Mix that I made at home so I wouldn’t have to buy popcorn and mustard at the concession stand. The Loews by my house gave me several warnings to stop bringing in food and eventually banned me for life, so I haven’t seen any movies since 1993.”

5. What is the meaning of your catchphrase, “Excelsior!”?

“Is that what I say? I am intending to say ‘excellent,’ but I must have been using the wrong word this whole time. I wish someone had corrected me years ago, because I feel very foolish for saying ‘excelsior’ all this time. But now that I know my mistake, I’m looking forward to saying “excellent” from now on. Thank you. Please, have half of my calzone. You’ve made an old man very happy.”