‘I Would Unhinge My Jaw And Devour Harvey Weinstein In A Single Bite’: 5 Questions With Meryl Streep 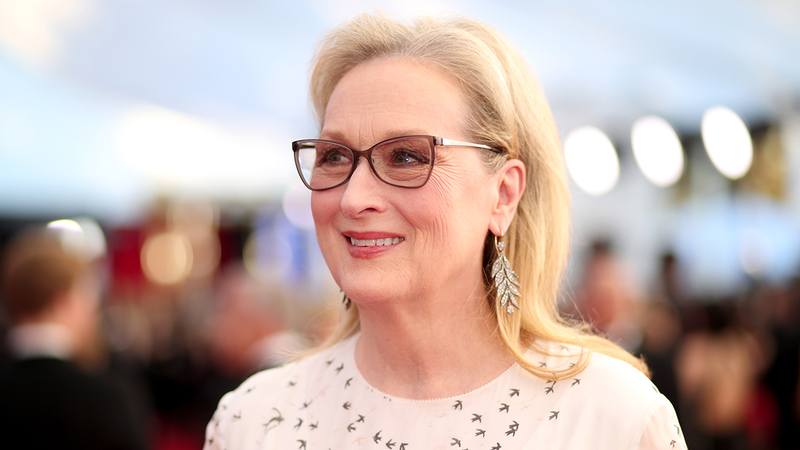 Since making her film debut in 1977, Meryl Streep has proven herself time and time again as one of the greatest actors who has ever lived. Still delivering Oscar-caliber performances over four decades into her illustrious career, Streep sat down with us to discuss her achievements, her greatest challenges as an actor, and the long-awaited moral reckoning that is currently sweeping through Hollywood’s power structures.

1. You were awarded the Presidential Medal of Freedom back in 2014. What did that honor mean to you?

The moment I received that award from President Obama, I thought, “Oh, great, another damn award to polish.” Do you know how much money I’ve spent on polish over the years for all of my Oscars, Golden Globes, and other awards? Too much. At least $200. I’m sick of people giving me awards because the polishing process takes up so much time that I frankly just don’t have.

2. Out of the countless Hollywood legends you’ve worked with over the years, who has impressed you the most?

Without a doubt the most impressive actor I’ve ever worked with was the toddler who played the deer in The Deer Hunter. She was just 2 years old, but when she would put that deer costume on, it was like I was looking at a real deer. Her deer accent was pitch-perfect. When she said the classic line, “Please don’t hunt me, Deer Hunter!” in that perfectly deerlike voice, it gave me goose bumps. I’ve never seen a more incredible performance.

3. What is the hardest role you’ve ever played?

Oh, I had a hell of a time playing Margaret Thatcher in The Iron Lady, because I’ve always confused Margaret Thatcher with Winston Churchill. I showed up on set having gained 150 pounds and shaved myself bald for the role. Needless to say, it was hard to get in the right mind-set once I realized my mistake.

4. Despite your decades of fame, you’ve managed to keep a low profile in your personal life. How do you do it?

Here’s my secret: When I go out in public, I hang a little placard around my neck that says, “Property of Madame Tussauds,” so that everyone thinks I’m a wax sculpture of Meryl Streep instead of the real deal. As long as I don’t speak or move, it never fails.

5. It is a time of disruptive change in Hollywood right now, when powerful men who have long engaged in predatory behavior are finally being held accountable for their actions. If Harvey Weinstein were here right now, what would you say to him?

I don’t think I would say anything. I would emit a low hum and begin to hover in the air, paralyzing him with fear. Then, as my entire body began to shake and glow with righteous rage, I would unhinge my jaw and devour him in a single bite.