‘If You Look Closely In The Scene Where Elisa Makes Love To The Amphibian Man, You Can See The Virgin Mary Sitting On The Toilet Smiling In Approval’: 5 Questions With Guillermo Del Toro 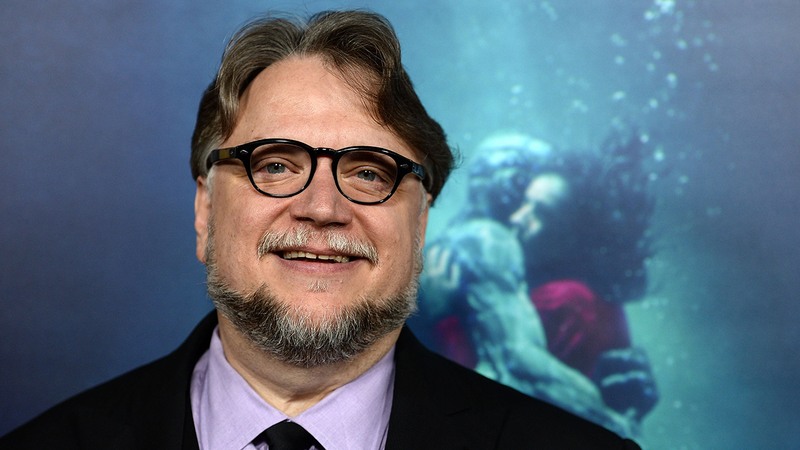 Guillermo del Toro proved himself to be one of the biggest creative forces in filmmaking long before he won two Oscars for Best Picture and Best Director this year for ‘The Shape Of Water.’ From visual feasts like ‘Pan’s Labyrinth’ to tentpole blockbusters ‘Pacific Rim,’ del Toro’s films are rife with as much heart as they are dark, fantastical creatures and worlds. We sat down with the director to talk about his signature filmmaking style and his creative process.

1. You’ve had a lifelong fascination with monsters. Where does that stem from?

I believe my love for fantastical creatures began during my first day in the Witness Protection Program, when one of the federal agents in charge of creating my new identity said, “Your name is Guillermo del Toro now. You are a Hollywood director who has had a lifelong fascination with monsters. This is your new life. You will never see your old friends and family again. Do you understand? Repeat all that back to me.” That was the moment I knew I was meant to make dark fantasy films.

2. Beyond your love of horror and fairy tales, your films are often characterized by their connection to religious imagery, namely Catholicism. What role did Catholic themes play in The Shape of Water?

If you look closely in the scene where Elisa has sex with the amphibian creature in her bathroom, you can see that the Virgin Mary is sitting on the toilet, smiling approvingly.

3. There are few directors as gifted at crafting fantasy settings as you are. Where do you find inspiration for building the worlds that your movies are set in?

Honestly, I just take a walk in the park and see what jumps out at me. I came up with Pacific Rim after seeing a 400-foot-tall jogger and thinking, “How scary would it be if that enormous man was a monster?” Crimson Peak came about after I saw two ghosts kissing on a bench and wondered, “What if those ghosts had been siblings from Victorian England?” It’s all about taking something familiar and finding that little twist that makes it terrifying.

4. You just won your first two Oscars this year. What did it feel like to finally win after not receiving a nomination since Pan’s Labyrinth?

It’s much more incredible than people think. After you tell your speech and walk backstage is when things get really cool. The moment you’re out of the crowd’s view, someone hands you a check for $1 million. After that, an old British man in a top hat and a monocle comes out to me and says, “Hello there. I am extraordinarily rich, but since you won an Oscar, I am now your slave. Congratulations!” And finally, Jimmy Kimmel dragged one of my old high school bullies out of a trunk and politely said, “Hi. You can beat the living hell out of your old worst enemy with that new Oscar of yours if you’d like. Thanks, and congrats!” And I did. I beat the living hell out of my high school bully with my brand-new Best Director Oscar. I was on top of the world. Hands down, one of the best moments of my entire career.

5. As someone who has several films in the Criterion Collection being sold for $80, and that’s before shipping and taxes, can you tell us why Criterion DVDs are so expensive?

It’s pretty ridiculous, considering your average DVDs are cheaper than ever these days. Most things are available on streaming now anyway. What gives them the right? Seems like people who collect Criterions are only fooling themselves into thinking they “respect the medium” more because they shelled out quadruple the price for it. Pathetic. “Oh wow, you found an old foreign movie that no one’s ever heard of, here’s $39.99. Now I’m going to dust off my PS2 and watch an expensive but otherwise normal DVD on it.” I mean, it’s 2018, are we really still watching DVDs? Christ, give me a break. Save your money.