Incredible Breakthrough: Researchers At The Mayo Clinic Have Successfully Switched A Man With A Moose 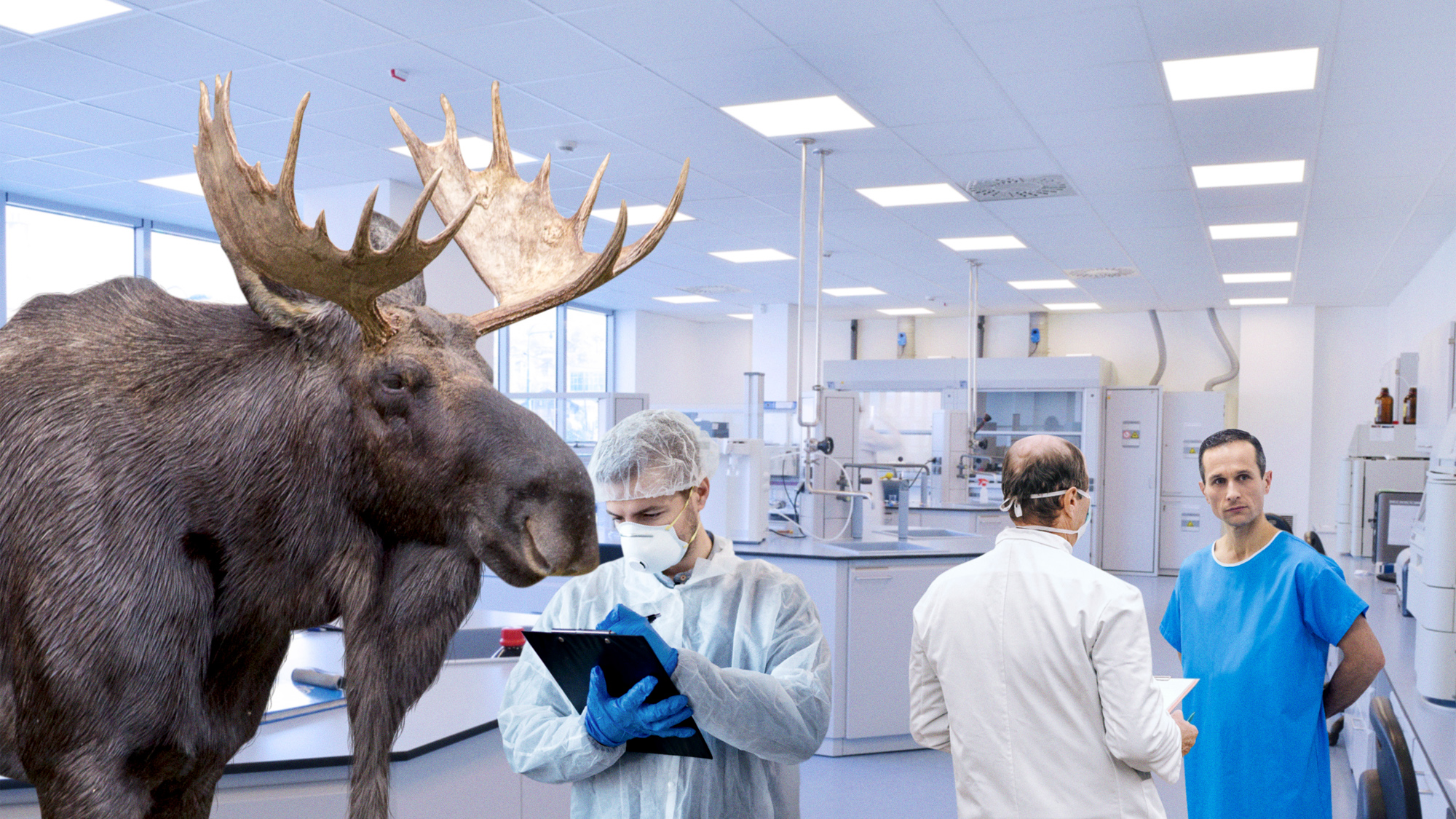 Medical science is advancing by leaps and bounds with every passing day, and this story is just another incredible example of what our innovative researchers can do: A team at the Mayo Clinic has successfully switched a man with a moose.

The breakthrough came from a group of physicians and scientists at the Applied Biomechanics Lab at the Mayo Clinic, who have spent almost 10 years working to find a way to safely and completely replace an adult man with a 1,200-pound moose. In the project’s early stages, the scientists made a critical discovery when they realized that by tying a rope around a moose’s neck, they would be able to lead it into a laboratory inside which a human male research subject would be waiting. The team then spent the next several years working towards developing never-before-used medical technology consisting of a bell, a dead rat, and a big arrow—the use of which has allowed them to consistently entice a moose to stand inside a room where a man had once been standing, while simultaneously moving the man outside the room to stand where the moose had previously been. Today, in 1,000 separate trials, they have successfully swapped a man and a moose with less than one fatality per 100 instances.

This is truly an amazing step forward for the entire scientific community!

“What we have now is a consistent way to put a moose where a man was—and we think this will have major implications for our ability to treat all kinds of issues in the human body,” said lead researcher Peter Swanberg. “For instance, this could mean that in the coming years, we will be able to take a man suffering from stage IV pancreatic cancer and swap him out with a moose with very few side effects. With a few more years of research, the same could be said for human women and children with all kinds of ailments”

Wow! This is incredible news. Kudos for the team at the Mayo Clinic for working so hard to make this amazing discovery. Let’s hope they keep it up and make some more strides at time goes on!