Major Security Crisis: The Rooster That’s Loose In The White House Is No Longer Afraid Of The Jack-O’-Lantern President Trump Put Outside The Oval Office To Scare It Away 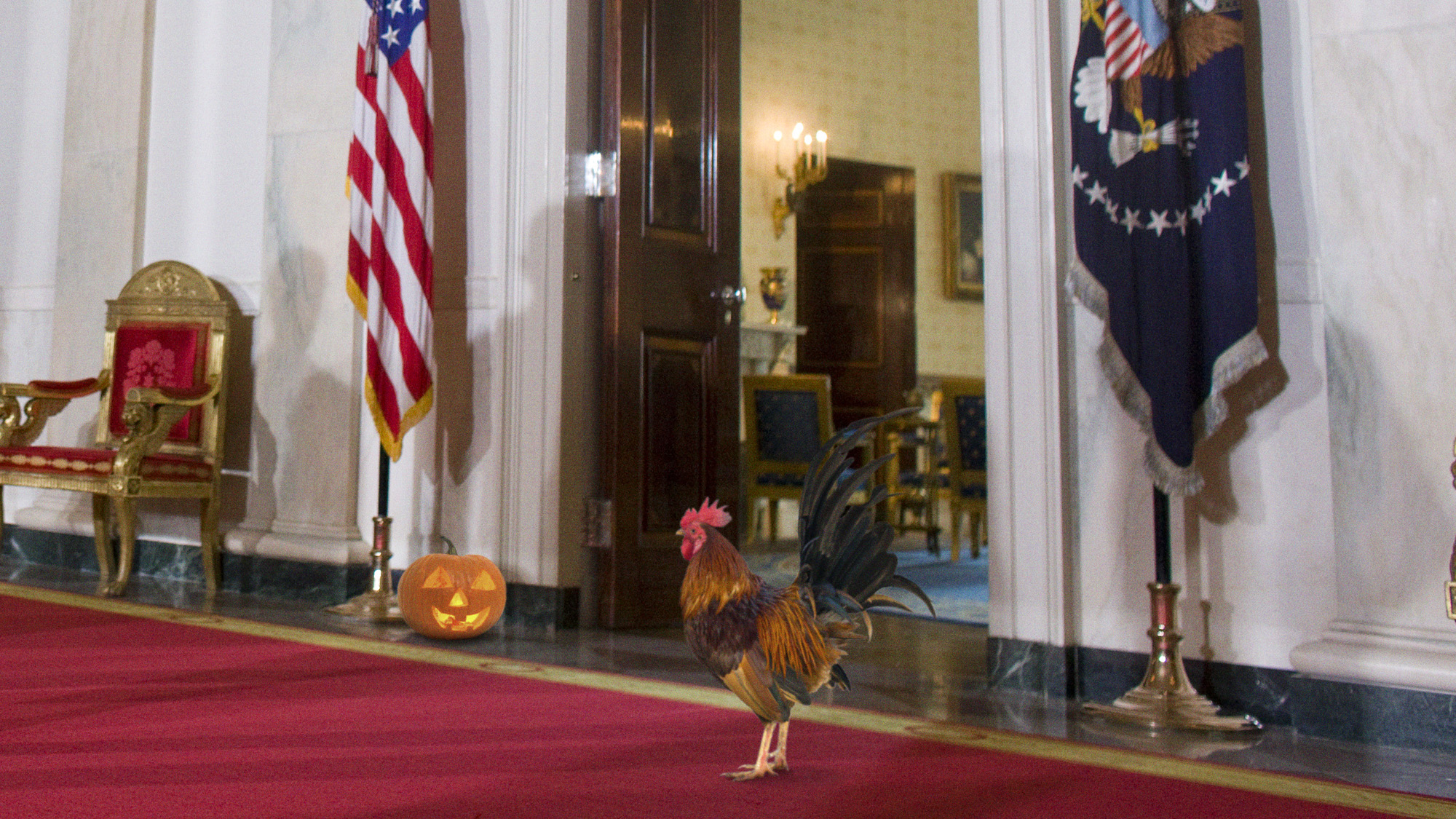 A national security crisis is currently unfolding in Washington, D.C. that could alter the course of American history forever: According to the Secret Service, the rooster that’s currently loose in the White House is no longer afraid of the jack-o’-lantern that President Trump put outside the Oval Office to scare it away.

The crisis began earlier this week when an aggressive, 12-pound rooster walked across the White House lawn and through the front door. The mean-spirited bird quickly began wandering the hallways of the building, violently biting and pecking at every White House official who came near it.

Members of the president’s security detail say that for a few days, the rooster would approach the jack-o’-lantern and then sprint away yelping. However, over time, he grew increasingly brave, and would get extremely close to the pumpking—even tentatively pecking at it. At present, the rooster no longer seems to feel any fear whatsoever when it sees the jack-o’-lantern and has no problem with strutting right past it into the Oval Office, where the president is currently hiding under his desk.

“It has recently become clear that the rooster no longer finds the face the president carved into the jack-o’-lantern to be scary in any way, and we fear it is a matter of time before he gets into the Oval Office and completely mauls the president with his beak and talons,” said Secret Service director James M. Murray in a press conference, during which he wore a full-body hazmat suit in order to protect himself from rooster attacks. “We have reason to be concerned that in the next several days, or possibly hours, the rooster could kill the president. There is a rotting-meat smell in the Oval Office that seems to attract the rooster and makes it even angrier. If there’s any lesson to be learned from this catastrophe, it is that jack-o’-lanterns have severe limitations when it comes to scaring roosters away from a sitting president.”

The Secret Service added that, at the height of his panic, President Trump took the time to name the rooster “Beak Vilanch,” which he believed was a pun on the name “Bruce Vilanch,” even though the word “beak” sounds nothing like the name “Bruce.”

This is absolutely horrifying! It sounds like it may not be long before Beak Vilanch the murderous rooster marches right past Donald Trump’s jack-o’-lantern and tears the president limb from limb. Here’s hoping the military intervenes soon and uses a drone strike to murder the rooster before he mauls the Commander In Chief to death!