NBC’s Version Of The Show Will Feature A Smiling Al Roker As The Body At Every Crime Scene: Everything You Need To Know About ‘Brooklyn Nine-Nine’ 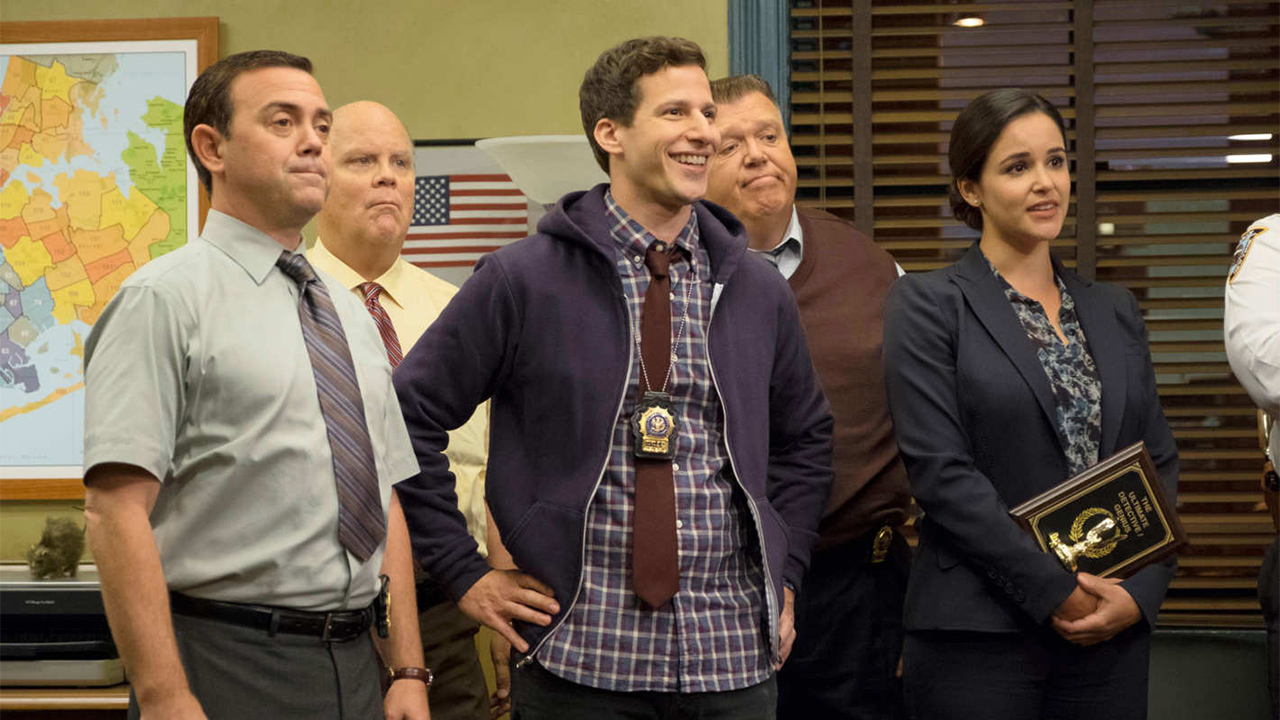 The unlikely revival of ‘Brooklyn Nine-Nine’ is a testament to the power of a dedicated fan base. The show was recently canceled by FOX due to low ratings, but overwhelming fan support convinced NBC to revive it not even a day later. Here’s everything you need to know about the beloved cult sitcom before it returns to TV in early 2019.

1. The “Nine-Nine” in the title is a reference to the number nine, twice.

2. In a nod to the culture of New York City, where the show is set, the opening credits show the detectives arresting Rudy Giuliani for selling synthetic marijuana outside a bodega.

3. Before being placed in the role of Sgt. Jeffords, Terry Crews was originally cast as one of the precinct desks.

4. The show is set to remain the exact same after switching to NBC, except for the precinct being replaced by Jerry’s apartment, Andy Samberg now being pregnant with Ross’ child even though they’re not officially together, and a smiling Al Roker being cast to play the body at every crime scene.

5. The actors prepared to play cops on the show by driving around at night and busting teenagers having sex in their cars, but ultimately being cool and letting them go with a warning and a memory that the teens will think back on fondly when their youth is behind them.

6. Brooklyn Nine-Nine did a hilarious crossover episode with fellow FOX sitcom New Girl in which the Brooklyn crew shot and killed an unarmed Winston Bishop and used civil asset forfeiture to seize the New Girl gang’s loft and never give it back.

7. Jake and Amy were originally supposed to discover they were first cousins after getting engaged, but Michael Schur’s wife said she didn’t want him putting their story in the show because she wanted to keep it special.

8. Look, we know you like Brooklyn Nine-Nine, but it has the lowest ratings of any network comedy, so suck it up and write your spec script on Young Sheldon, okay?