‘Netflix Will Now Report You To The Authorities If You Watch More Than 60 Minutes Of TV At A Time’: 5 Questions With Netflix CEO Reed Hastings 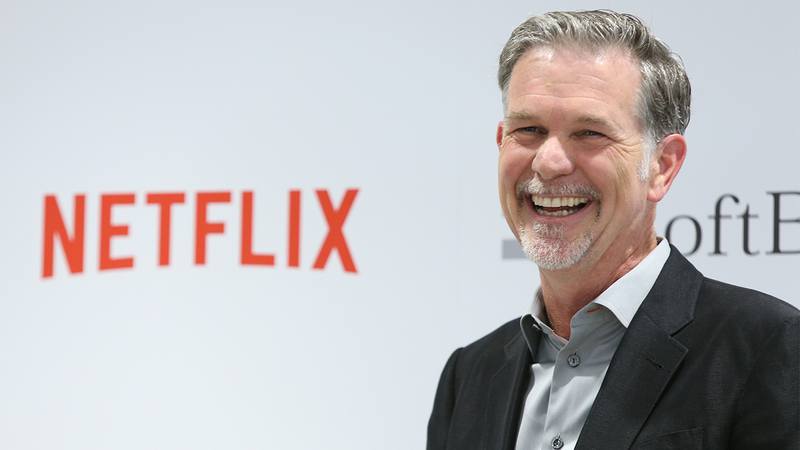 Founder and CEO of Netflix Reed Hastings has revolutionized the way TV shows are watched and produced. We asked the visionary business leader five questions about his growing company, and what he expects for the future of television.

1. Over the past decade, streaming services have fundamentally changed the way we watch TV. So, what gave you the idea for Netflix?

Back in 1997 I stopped in a Blockbuster Video to use the bathroom, but they said the bathroom was for employees only. My bladder was full from drinking sodas, and I was desperate to piss, so I begged them to hire me, but they said they had no job openings at the time. I ended up urinating on myself, right there in the aisles of Blockbuster. That gave me a brilliant idea: I would start my own DVD rental company and build my own employee bathroom that I, as CEO, could use whenever I drank too much soda. And so Netflix was born!

2. How does Netflix decide what TV shows to produce?

At Netflix, we take a very data-driven approach, using sophisticated computer algorithms to analyze viewer activity and find out what people want to watch. Unfortunately, it turns out that the public more than anything craves a pornographic TV show called Galactic Tentacle Knights. This would be a live-action TV show about medieval knights that are transported to the future, and now fly through space having sex with alien tentacles. Also, their swords are magic and have the power to transform into giant penises. Galactic Tentacle Knights would be the most highly rated TV show of all time, but I refuse to produce it because it’s horribly perverted. Fortunately, the computer also suggests other TV show ideas that don’t involve tentacle porn, which is how we developed programs like House Of Cards and Orange Is The New Black.

3. Are Netflix shows meant to be binge-watched?

No. Absolutely not. Netflix shows are at most meant to be watched one episode per week. In the upcoming months, we will be introducing a feature that automatically unsubscribes you from Netflix and reports you to the authorities if you abuse our service by watching more than 60 minutes of television in a single day.

4. You’ve brought a lot of canceled TV shows back from the dead. Are there any other shows Netflix is planning to revive?

Right now, we’re bringing back Firefly, but we’re doing a really bad job of it. In this new season, the spaceship crashes on a garbage-dump planet called Trash World, and then the entire show focuses on the crew of Serenity eating garbage to survive. At the end of each episode they get food poisoning from the garbage they ate and spend 20 minutes vomiting. There are no other plot lines. I’d like to apologize in advance to all fans of Firefly for how bad the Netflix revival is going to be.

5. Netflix has reportedly gone billions of dollars into debt in order to produce new content. Is this kind of spending sustainable?

We may be losing money at the moment, but a wealthy foreign investor emailed me yesterday to offer $50 billion in exchange for a single night with the entire cast of Stranger Things once they turn 18. I think that’s a pretty reasonable amount, and it should allow Netflix to keep producing critically acclaimed, fan-favorite television shows for years to come.