Producers Were Not Able To Secure The Rights To The Piano-Key Necktie: Everything You Need To Know About ‘Ready Player One’ 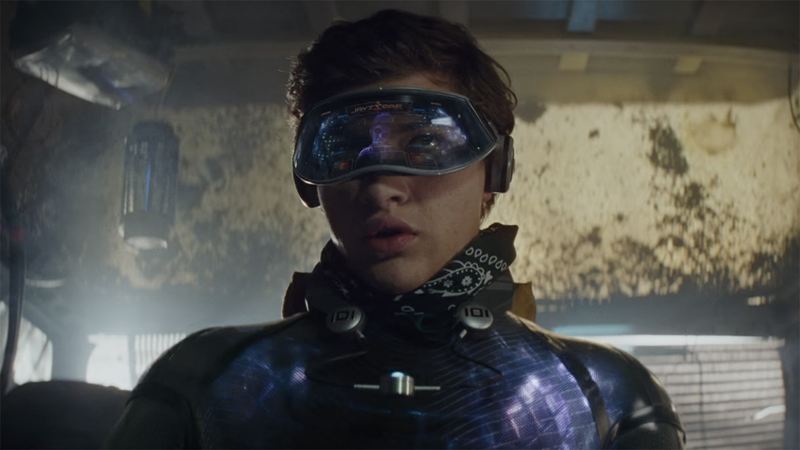 Ready Player One, Stephen Spielberg’s new sci-fi movie based on Ernst Cline’s bestselling novel, is generating a ton of buzz for its stunning visuals and cornucopia of pop culture references. If you’re planning on seeing the movie but don’t know what all the fuss is about, here’s everything you need to know about ‘Ready Player One’ before you buy your ticket.

1. Director Steven Spielberg says he was attracted to the project because it seemed like the kind of thing he could throw a bunch of E.T.s into somewhere.

2. The movie functions as a biting commentary on our modern world that asks incisive questions about society such as “What if the Ninja Turtles were there?” and “What if Freddy Krueger was also around?”

3. The movie takes place in the year 2045 and not one character mentions comedian Greg Proops, which means that he’s probably dead by then.

4. The novel contains many pop culture references from the 1980s to present day, including 15 mentions of that kid who fainted during the 2004 Scripps National Spelling Bee.

5. Producers were not able to secure the rights to include the popular ’80s icon the piano-key necktie in the film.

7. Classic movie fans instantly geeked out about Ready Player One when the first trailer was released and showed the film’s main character somehow parking the DeLorean from Back To The Future so illegally that all four of its tires get booted.

8. Author Ernest Cline got the idea for Ready Player One by realizing that America had entered a permanent decline characterized by the obsessive desire to recycle pop cultural properties from a mythic era of perceived superiority and global dominance, and, in doing so, was experiencing a fleeting sense of security and comfort in an increasingly hostile world.