Take That, Drumpf! Planters Peanuts Announced That Even Though Mr. Peanut Really Wants To Have Sex With Donald Trump, They Will Never Let Him 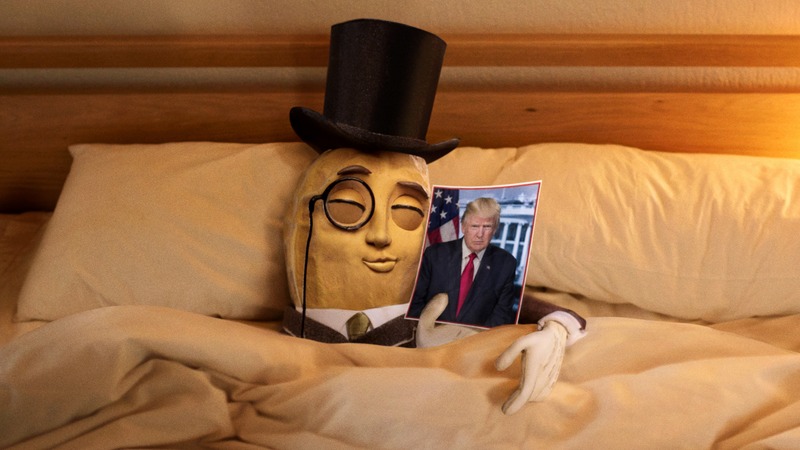 Planters’ totally epic takedown of the president occurred earlier today when Planters executives held a press conference to announce that Mr. Peanut was obsessed with engaging in intercourse with President Trump, but that the company felt that the president’s embarrassing behavior and outrageous policies required them to forbid Mr. Peanut from ever having sex with him, even though his desperate desire to commit acts of physical passion with President DRUMPF was driving him mad.

Planters executives concluded the press conference by stating that Mr. Peanut’s lust for Donald Trump was all-consuming and that if Mr. Peanut did not have sex with President Trump soon, he would die from a broken heart, but in spite of this desperate need, the company would never allow Mr. Peanut to make blissful love to someone as embarrassing and inept as the current president.

Ouch! Trump’s gotta be wringing his tiny hands over this major humiliation!

Shortly after the press conference, Planters delivered a finishing blow to the clown in chief by issuing a series of absolutely epic tweets from the company’s official Twitter account:

And as if that absolutely brutal takedown of the orange buffoon in the White House wasn’t enough, Planters continued to release a full-on tweetstorm against Drumpf for the rest of the morning:

Absolutely amazing! President DRUMPF’s got to be feeling the sting after this one! There’s no doubt that Planters’ announcement that it is depriving Mr. Peanut from satisfying his all-consuming lust for President Trump is a sure sign that victory’s on the horizon for the Resistance. If Planters Peanuts can score such a massive victory, then it’s only a matter of time before our clueless idiot president is removed from office entirely!