‘The Ending Is That Jon Snow Invents Pizza’: 5 Questions With George R.R. Martin 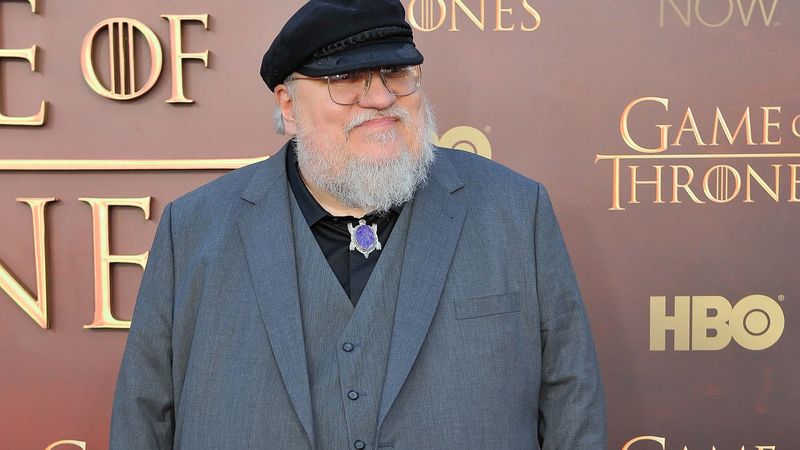 George R.R. Martin captivated the world with his ‘A Song Of Ice And Fire’ novels, which HBO adapted into the hit series ‘Game Of Thrones.’ We asked the acclaimed author five questions about his career and what he has planned next for Westeros.

1. Where did the idea for Game Of Thrones originate?

As a kid, I loved to read fantasy and sci-fi. Tolkien was one of my idols, but it always bothered me that Frodo never sees breasts in The Lord Of The Rings. It seemed unrealistic that someone could travel on a quest across the entire world and not see one nipple. Frodo sees Gollum’s nipples, but Gollum isn’t a woman. I wanted to tell a more realistic and grounded fantasy epic where female breasts are occasionally seen. The first line I wrote of Game Of Thrones was “Bran Stark sees a woman’s nipple (no shirt on)” and the rest of the story flowed from there.

2. Game Of Thrones is known for its many violent deaths. Is it ever hard to kill off a character?

No, because the universe of Game Of Thrones has an afterlife called Bumper Car City. None of the characters know what happens after you die, but as author I know all about the wonderful paradise I’m sending them to when they’re murdered. Bumper Car City is an infinite dimension of looping racetracks where bumper cars jostle to collect glowing power-ups for all eternity. Ned Stark is driving a bright red bumper car, and he’s already won enough Bumper Coins to buy a sweet flame decal for his ride.

3. What challenges did you face in adapting your books for HBO?

Something is always lost in the adaptation, and in this case we had to change the character of Tyrion Lannister from being both very short and extremely wide to just being very short. In the novels, Tyrion Lannister is 4 feet tall and 10 feet wide. Tyrion needs five chairs to sit down because he extends so far in each direction. However, Tyrion is also very thin, only half an inch thick, so he’s super light and he’s constantly flapping in the wind like a flag. I’m glad we cast Peter Dinklage because he’s the best actor for the role, but Dinklage is only short, not wide or thin, and that’s a huge departure from the books.

4. Some of your more vocal fans complain that the next book is taking too long. What would you say to them?

I’d reply that every morning I wake up at 6 a.m. and write nonstop until about 10 p.m. at night, and then I shut off my computer but forget to hit the floppy-disk icon to save my work. I’ve finished the next Game Of Thrones book hundreds of times already, but I always accidentally delete it when I turn off the computer and have to start over from scratch the next morning. I’ve been meaning to put a Post-it note on my computer to remind me to hit save, but I keep forgetting to post a Post-it note to remind me not to forget. I also have my friend Mark call me every night to remind me to hit save, but he pays a skywriter to write a message reminding him to call me, and that skywriter is a corrupt huckster who takes his money every week but doesn’t even own a plane.

5. Do you have the ending for Game Of Thrones already written?

Yes, the ending is that Jon Snow invents pizza. I haven’t figured out what will happen with the dragons and the kings and the ice zombies, but the final scene will be Jon Snow and Daenerys sitting down at a table that has a pizza pie on it. Daenerys will ask, “What is this?” and Jon Snow will reply, “I call it the Snowcircle.” That’s not a spoiler, because I haven’t told you what the toppings are.