‘The New Carmen Sandiego Will Spend A Few Years With Her Ass Stuck In Old Faithful’: 5 Questions With Gina Rodriguez 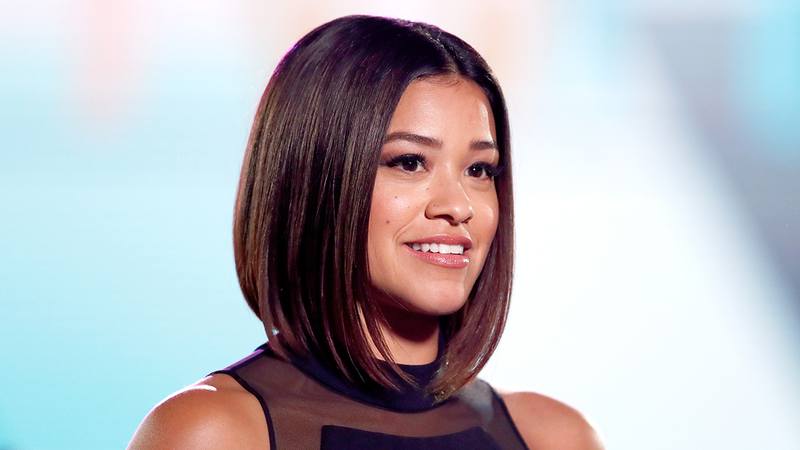 To call Gina Rodriguez a rising star would be an understatement. The actor’s incredible résumé includes playing the titular Jane on The CW’s hit drama ‘Jane The Virgin,’ taking on sci-fi alongside Natalie Portman in ‘Annihilation,’ and getting cast as the lead role in Netflix’s upcoming ‘Carmen Sandiego’ series. We sat down with Gina to ask about her work in TV, film, and everything in between.

1. You portray one of the few Latina protagonists on television in Jane The Virgin. How does that feel?

It’s a great feeling to be able to represent the Latina community, but it’s also a huge responsibility. If I say something on screen like, “I want a sandwich right now,” the next day I’ll wake up to an inbox flooded with emails from young Latina girls saying, “Everyone at school thinks I want a sandwich right now. Strangers in the hallway are handing me sandwich after sandwich, and I’m not even hungry—turkey, peanut butter and jelly, BLT, everything. You’re my favorite actress ever, but please be careful when you say that kind of thing on TV.” It took a long time to get used to those types of messages, but now I take my role more seriously than ever.

2. You’ve been cast in the lead role for the upcoming Carmen Sandiego series on Netflix. Did you play the video game growing up?

Strangely enough, I actually didn’t. My parents had a firm “no train, no game” philosophy, and they didn’t allow us to play any video games that weren’t railroad-related. Railroad Tycoon, 3D Ultra Lionel Traintown, Microsoft Train Simulator, Sensible Train Spotting, Hornby Virtual Railway—I could kick your ass in any one of those, but I never played any of the Carmen Sandiego games. Carmen Sandiego probably had trains involved somehow, but my parents wanted to see a nice big picture of a train on the cover of a game before they’d buy it for us.

3. Can you tell us anything about what we can expect from the Carmen Sandiego reboot?

Our new show will give a definitive answer to the question of “Where in the world is Carmen Sandiego?” I don’t want to give too much away, but I will say that she spends a few years with her ass stuck in Old Faithful.

4. You’ve been an awesome advocate for body positivity throughout your career. What message do you have for young people struggling with body acceptance?

I think it’s so important for young people to try to focus on loving themselves, because having a joyful spirit and a zest for life is truly the most beautiful thing. Take Mother Teresa, for example: She might not have been a perfect size zero, but her confidence made her one of the sexiest women of all time.

5. You have a ton on your plate right now, but all your fans are wondering: What’s next for Gina Rodriguez?

I can’t say exactly what will come up for me in the next few months, but I’m hoping to find time to print out a few pictures of my driveway and see if anyone will pay me for them.